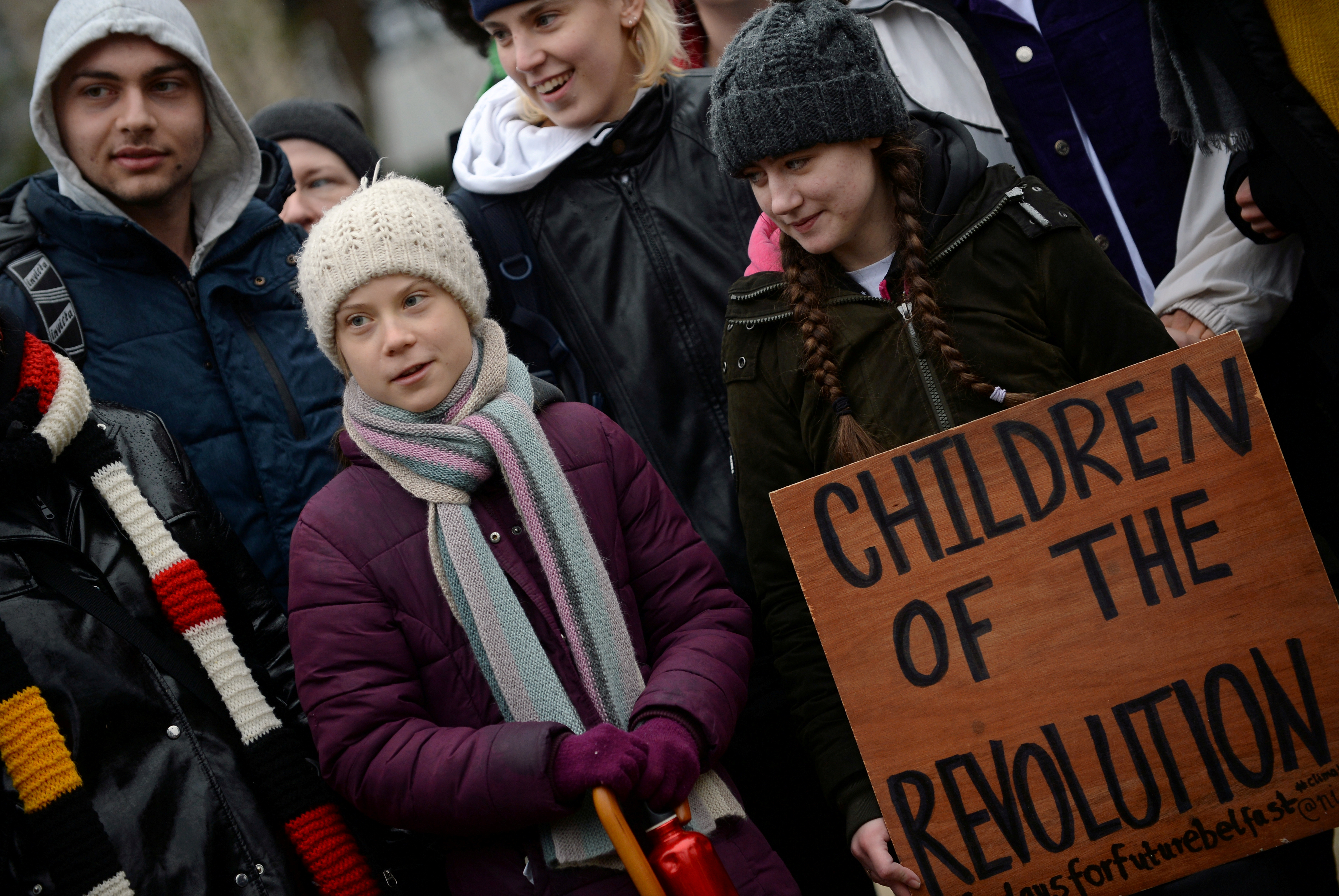 The Swedish Greta Thunberg, who in September 2018 began a protest to demand actions against climate change, this Sunday turns 18 maintaining her role as a reference in a global movement that has inspired millions of young people.

With a speech that appeals to science without avoiding the emotional component, the adolescent with a serious gesture has become one of the greatest global phenomena of recent times, supported by a legion of admirers and adored by the media. Person of the year for Time magazine and a two-time Nobel Peace Prize nominee, Thunberg has met with the Pope and top world leaders and has given speeches at the UN and at major climate summits.

His continuous presence in the media has generated enmities and he has starred in public disagreements with important political figures such as the President of the United States, Donald Trump. And although the coronavirus pandemic has somewhat dimmed its brightness, Thunberg, with 4.4 million followers on Twitter and more than double on Instagram, retains its role as an icon that has resulted in the appearance of some “Greta” in any country of the world.

The original Greta sat for the first time on August 20, 2018, three weeks before her country’s legislative elections, in front of the Swedish Parliament to start a daily strike until the Government fulfilled the commitment to cut emissions of the Agreement of Paris against climate change. The strike, which later took place only on Fridays, received great media attention, first in Sweden, then in other countries, and in a few months, the young woman had been a guest star at the UN Climate Summit in Poland, the Forum Davos, Brussels and the Elysee Palace in Paris.

Thunberg, who for climatic reasons only travels by train and bus and never by plane, led youth demonstrations throughout Europe and became an image of the movement Fridays For Future (Friday for the Future) and school strikes around the world.

The Swedish teenager took a year off to travel to the American continent, arriving on a sailboat powered by solar panels and underwater turbines and owned by Pierre Casiraghi, son of Carolina de Monaco.

“They have stolen my dreams, my childhood with their empty words,” he said in September last year at the UN in a famous speech in which he reproached leaders for daring to “look the other way” while scientific evidence warns of a troubling scenario.

Those words gave rise to an ironic comment by Trump, who later had several controversies on social networks with Thunberg, as did the president of Brazil, Jair Bolsonaro, who called her a “brat.”

Social protests in Chile led to the suspension of the UN climate summit and its transfer to Madrid, where it arrived after hurriedly crossing the Atlantic in a camataran of Australian youtuber and followed by a media caravan from Lisbon to the capital Spanish.

The one renamed the “GretaCOP”, in a play on words with the acronym in English of the summit, was one of the high points of Thunberg, about whom the British BBC has announced a series and the subject of a documentary that was premiered at the Venice Festival.

As she assures herself in “Scener ur hjärtat” (Scenes from the heart), written jointly with her parents and her younger sister as therapy, it was at the age of 11 that she began to be interested in the effects of climate change, which it caused a personal crisis that spread to the whole family. It was then that she and her sister Beata were diagnosed with Asperger’s syndrome, a condition that she highlights on her Twitter profile, and other minor disorders.

“Suffering from this disease makes me see the world differently, or black or white, and the climate issue is one of them,” said Thunberg in an interview, who until then had spent a childhood full of travel due to work commitments in his mother, the mezzo-soprano Malena Ernman, who represented Sweden at Eurovision.

Ernman, the actor Svante Thunberg (his partner and Greta’s companion on his travels) and the girls overcame the crisis with a collective commitment: they stopped traveling by plane and adopted a vegan diet, in addition to limiting consumption, according to what they say.

Ernman became an active debater in Swedish media and social media, and Greta followed suit by writing to the conservative Svenska Dagbladet three months before starting her strike.

The fact that the book on the family crisis was published a couple of days after Greta began the mobilizations raised suspicions, although the family separated the two events and assured that the proceeds from the sale went to a charity.

His continuous media presence and his elaborate speech have also generated suspicions and complaints of a possible manipulation of a young woman who his critics consider should be in the institute, to which he has returned in recent months to resume his studies, although without abandoning his environmental activism .

Thunberg, who was involved in a controversy over the use of his name by a Swedish climate foundation to attract investors, has decided to shield this and that of “FridaysForFuture” as trademarks within the European Union.

“This is too much for me, too much responsibility,” he says through tears on the boat trip to New York, as he can see in the documentary that bears his name, in one of the few moments in which the young Swede has shown in public feelings.

An artistic icon in murals and graffiti around the world, but also a recurring subject of memes, Thunberg – recently made editor-in-chief for a day by Dagens Nyheter – has seen its activity curtailed by the coronavirus, though continues to exercise in social networks as a scourge of deniers and banner of the climate fight.