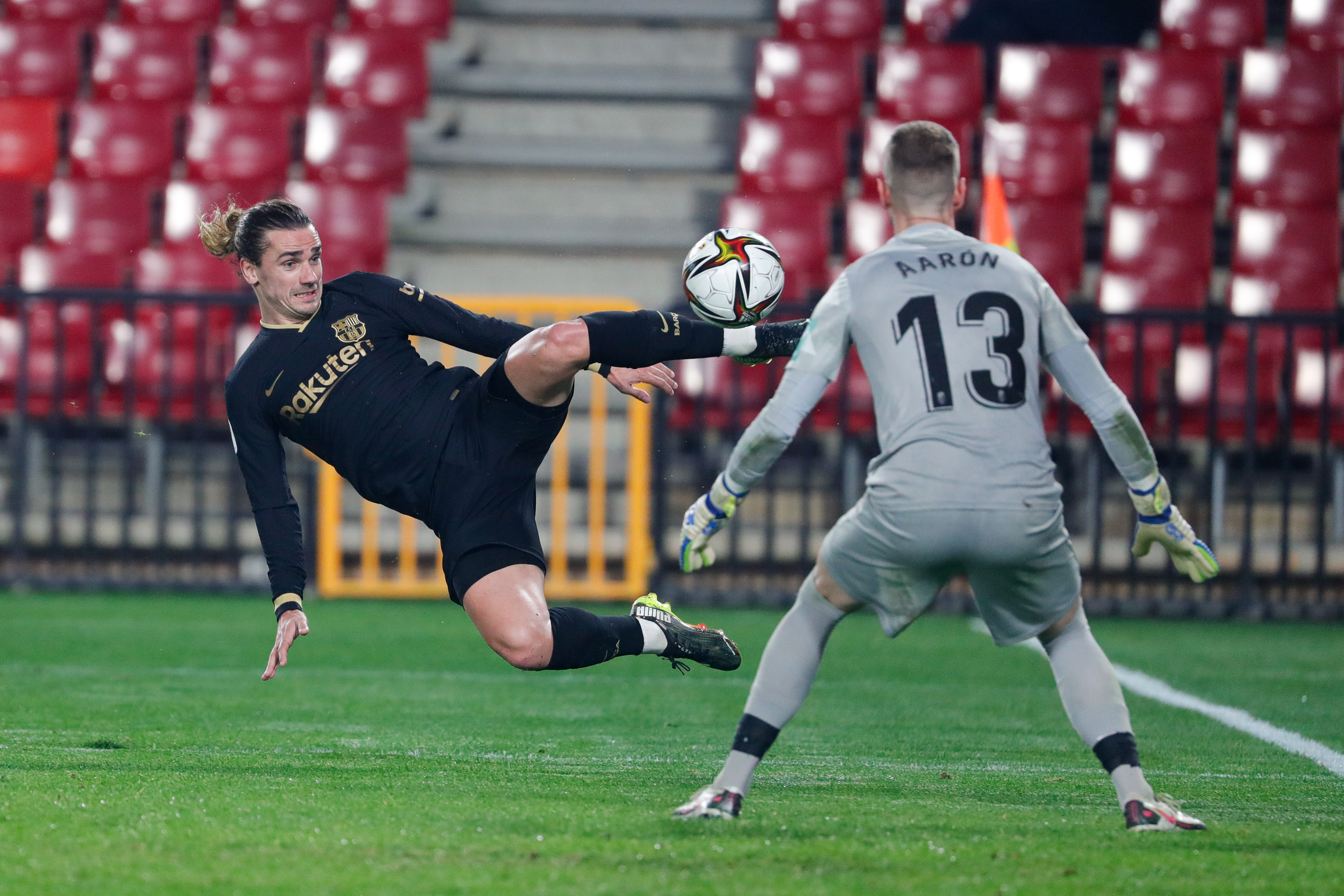 There is no competition more vibrant and popular than the Cup. And there is no team more cupbearer than Barça. The tournament has witnessed Barcelona’s life in moments of loss and also in those of plenitude, sometimes lifesavers of the season and sometimes the culmination of the year, always present in the club’s history, also in Granada. The Barça survival capacity was imposed on the excellent defensive exercise of the Andalusian team. The game was a carousel of emotions, changeable and full of twists, resolved by Griezmann’s determination. Nobody like the French to symbolize the day: Griezmann clings to the team, ready to claim his place at the table of captain Messi, in the same way that Barça is hooked on the Cup after its delicate situation in LaLiga and the uncertainty of Europe.

Around Griezmann’s faith, Messi was activated while Jordi Alba and De Jong finished off Barça’s comeback. The Barça’s fertility in the last three minutes of the game and the half-hour of extra time contrasted with their sterility for 87 minutes, which Granada dominated with their excellent defense of the small area and the marksmanship of their snipers Kenedy and Soldado. The villains were Umtiti and Trincão and the heroes, Aarón and Griezmann. The azulgranas are irregular by definition because the team is unbalanced by the contrasts of its players and their leader Messi still does not know if he will continue at the Camp Nou.

The alignments revealed the importance that each coach gave to the game, a priority for Koeman and less important for Diego Martínez, conditioned by the absences and the carousel of 34 games accumulated by Granada. The presence of Trincão was the only trace that Barça played the Cup and not LaLiga. The coach dispensed with Neto, a substitute after his irregular performance in Vallecas, and opted for Ter Stegen. The decision commits the Brazilian substitute goalkeeper.

The Catalans needed to feel strong in the areas and the Ter Stegen-Umtiti and Messi-Griezmann pairs gave Koeman better feelings. Although the need to rotate does not allow the starters to be identified, Diego Martínez had more substitutes than the Barça coach. I bet on competing Granada; Barça could only win, and his ambition was noticed as soon as the fight started when Pedri took the ball. The exquisite interior passes of the canary accelerated and culminated the possession of Barcelona. The plays, however, ended in Trincão, too shy as a finisher and dribbler, also denied before Aarón.

The Barça monologue was fast, fluid in circulation and aggressive in recovery, always deep and very demanding for Granada. The Barcelona arrivals were repeated, their pressure and combination football worked and the team felt comfortable and at ease until they reached the Granada area. In the absence of a striker, no striker finished off Barça’s productivity. Diego Martínez’s boys, meanwhile, endured on their court and looked for the long pass behind Umtiti’s back, aware that their luck was to be more effective and score before Barça. Eteki’s fouls and blocks reduced Messi.

Denied before Aaron, Barça was generous against Ter Stegen instead. Umtiti made a major mistake and led to the theft and the center of Soro for Kenedy’s shot. The film of the games against Getafe, Madrid, Alavés, Athletic or Cádiz, starring the individual errors of young people and veterans, returned to the memory of Barcelona after a series of eight wins and two draws, only interrupted by the defeat in the Super Cup against Athletic.

He did not wake up Barça at half-time but took a second goal in a two-pass play finished off by Soldado after petrifying Umtiti. Stunned, the Catalans lost time, disfigured and discouraged, always ultimately reduced by the posts – up to three – and by Aaron. Barcelona seemed surrendered, without the changes of Dembélé, Riqui and Braithwaite changing the script, when Messi connected with Griezmann. And in three minutes, just when the game was over, there were two plays and the two goals of the tie: the Frenchman clinched the first with the help of Aaron and the stick and Alba clinched the second served by Griezmann. The French recital did not stop even in extra time because he scored 2-3. And, although the referee whistled a penalty for a charge from Dest and allowed Granada to draw, after Luis Suárez escaped 3-2 in the 90th minute, the chameleonic Barça did not forgive with the goals of De Jong and Alba . Aarón could no longer stop the Catalans, shirtless in an epic final typical of the King of Cups such as Barça.