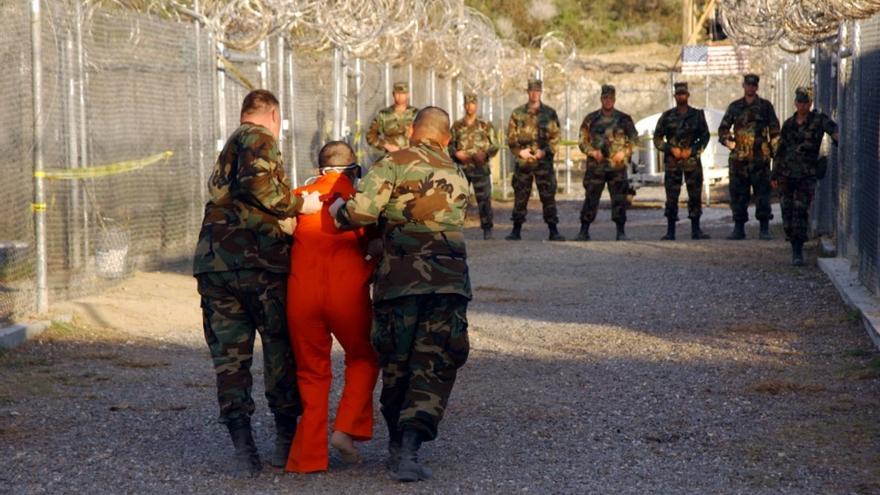 The Guantánamo prison turns 20 years open this Tuesday, despite being a controversial symbol of the United States’ fight against terrorism, which currently houses 39 inmates and whose closure is not yet in sight despite the promises of the president, Joe Biden. Located in a US naval base in eastern Cuba, the Guantánamo Bay Detention Center opened in 2002 by order of the then President of the United States, George W. Bush (2001-2009) in response to the attacks of September 11, 2001.

“Twenty years later, it is undeniable that the Guantanamo Bay prison is a legal, moral and ethical failure. It is a global symbol of injustice, torture and contempt for the rule of law, “Hina Shamsi, director of National Security of the American Civil Liberties Union (ACLU, in English) told Efe on Monday.

Fate of nearly 800 suspected terrorists detained in Afghanistan e Iraq, Guantánamo has been in the eye of the storm for secret detention and torture programs, which included simulated drownings and techniques to keep prisoners from sleeping.

The United States spends every year 540 million dollars (476 million euros) to maintain Guantánamo, where there are currently 39 interned men, 27 of them without criminal charges against them, according to a report published by the NGO Human Rights Watch (HRW) on the occasion of the 20th anniversary of the prison.

For HRW, the use of these practices by the United States has damaged the entire international human rights system, facilitating abuses by other countries and making their justification easier.

A closure that goes on forever

The controversy that Guantánamo generated was such that its closure became one of the great promises of former President Barack Obama (2009-2017), although he could never fulfill his commitment. Obama wanted to send prisoners to jails on US soilBut the Congress, with a Republican majority, blocked their efforts under various pretexts, so the Government transferred them to other countries.

With the arrival of Donald Trump (2017-2021) to the White House, Washington abandoned its efforts to close the prison and only transferred a single inmate in four years. According to a book published by the journalists of the newspaper ‘The Washington Post’ Yasmeen Abutaleb and Damian Paletta, Trump would have even suggested twice to his team transfer to Guantánamo the patients of covid-19 at the beginning of the pandemic.

The current president, Joe Biden, has taken up the promise of closing the jail, but with a much more discreet profile than that of Obama at the time, what has been criticized by civil society organizations. Last year, White House spokeswoman Jen Psaki assured that “the objective and intention” of the current Administration is to close the prison, although it is not an issue that has been on Biden’s agenda during his first year of Presidency.

For now, the Government has authorized the transfer of three prisoners outside the Guantánamo naval base, where there are 39 of them, away from the 780 that came to pass through its facilities during the Bush Administration. Last summer, the United States repatriated Abdul Latif Nasir, the last Moroccan prisoner from Guantánamo and the first inmate returned to his country by the Biden government, but since then there has been no further progress.

The ACLU director of National Security told Efe that “Biden must be forced to fulfill his promise,” because “his Administration can do it and it is a matter of will.” “If President Biden is serious about defending human rights, racial equity, and justice, must take action and close Guantanamo for good“Shamsi said.

International Amnesty (AI) denounced in a statement, published last week, that “the United States Government continues to perpetrate serious human rights violations in Guantánamo”, given that “none of the prisoners have received a fair trial and they continue to be detained indefinitely violating due process” .

The NGO, which every January 11 organized a rally with people dressed in orange jumpsuits in front of the White House, will make a virtual protest due to the advance of the variable omicron of the coronavius ​​in the United States.