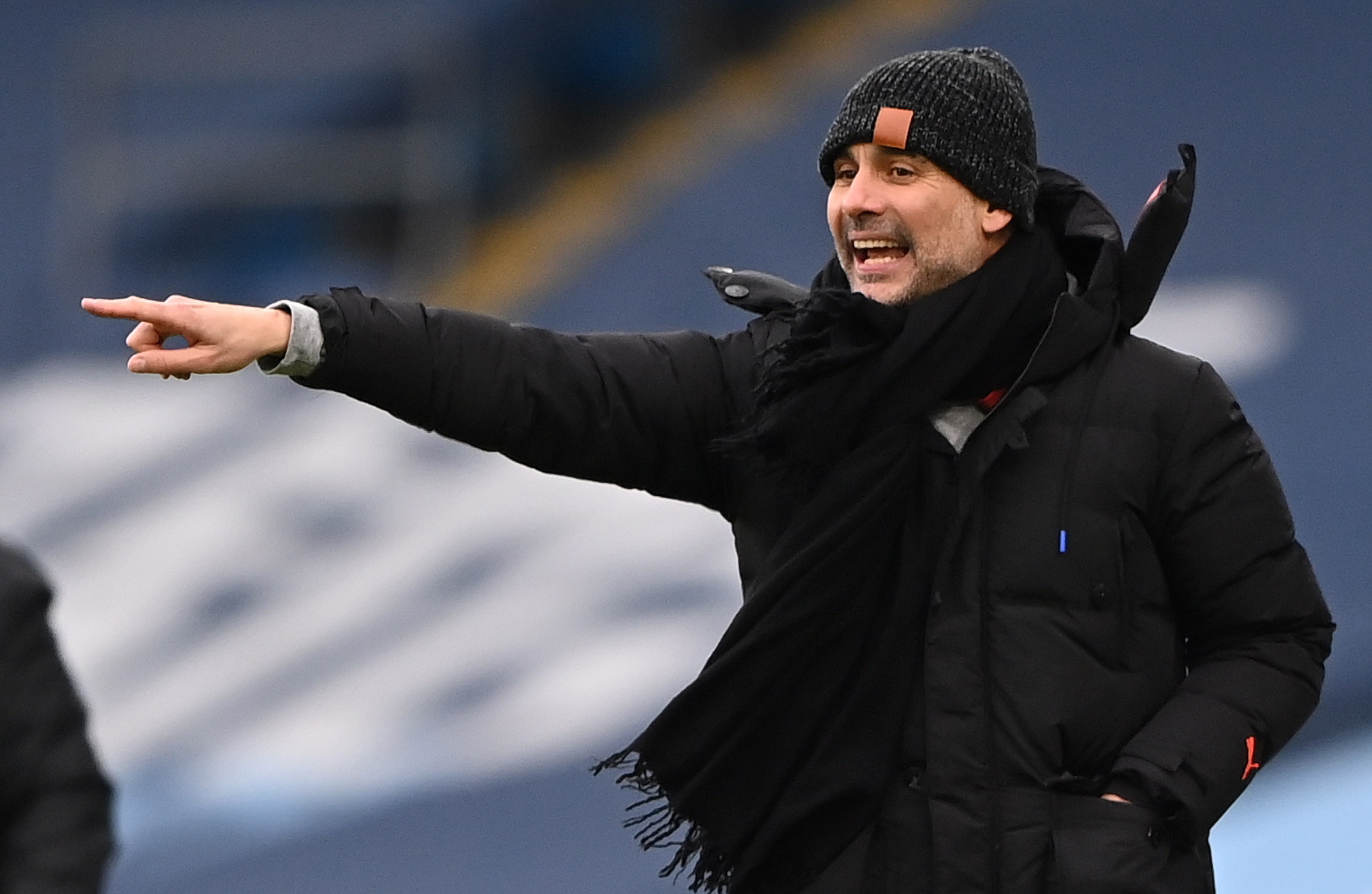 Guardiola was directing Barça when in 2011 he acknowledged that he was ashamed to ask for something so vulgar: “I never ask my players to win; I ask you to play well! ”.

Throughout his first 11 seasons on the bench, the Spanish coach never had to regenerate a worn-out team after a cycle of success. Until this season at Manchester City, he never surpassed the four-year barrier in the same position or contrasted his speech with footballers who began to show disbelief at the threat of failure. On November 21, he visited White Hart Lane and hit rock bottom. The defeat against Tottenham (2-0) placed him ninth in the Premier League standings with the worst scoring average of all his teams: 1.5 goals per game. As he left the field, his words evoked the reviled cliché: “We have to start winning games!”

Since then, City added 19 games without losing. The last 12 are counted by wins and make them the best-playing team in Europe. He has returned to the top of the Premier League after Guardiola embarked the squad on the weirdest experimental journey of his career in a sequence that began with the summer double pivot.

From double pivot to nine tank. They say in Manchester City that Guardiola’s stubborn commitment to a vehicle as unsuited to his philosophy as the double pivot was the product of the desperate search for solutions that would protect the team against the avalanche of adverse contingencies: absence of preseason, overloaded calendar, physical exhaustion and multiple cases of covid-19. Double pivot Rodri-Fernandinho exposed a deformity. On September 27, the players jumped to face Leicester convinced that what they were doing was the opposite of what they had practiced for four years under the preaching of the most exquisite boss in the catalog. The dejection was such that at half time Guardiola tried to convince them to think the other way around. “The players began to think that we were not playing well,” said the coach. “And I told them they were playing well but they had to be patient.” As anxiety increased, in the 51st minute he put Liam Delap, the typical nine British. “I wanted to put an area player with a great presence, good passing game, and to stay there with the two centrals.” Leicester won 2-5.

Against anticipation. Pep Guardiola reached the level of the best midfielders in history and it was not because of his reaction capacity but because he read the play before anyone else. As a coach he did the same: choosing players for their talent to see things before they happened. Following the loss to Tottenham on November 21, however, he appeared to refute himself by berating Laporte and Rubén Dias for trying to anticipate Son and Kane. “A defender cannot move before his opponent makes a decision,” Guardiola said. “When you want to anticipate under the assumption that the opponent will make a decision, you are in trouble. Defenders always have to wait to see what happens. They are, Mané or Salah, they always do the same: they attack the spaces between the center-backs and the pivots and the center-backs must defend their area ”. That was probably the strangest statement the technician has made to date. Proof of an experimental fever that came to an end at Christmas.

Recovery from 4-3-3. Guardiola left the double pivot as winter approached to resume his old 4-3-3. “I didn’t really like how we were playing, so we went back to what we did in previous seasons,” he said; “With the ends more open and higher; we went back to our principles by having the players stay in position waiting for the ball to reach them. This way the circulation is faster and when we lose possession we are better placed to make the transition. It has worked for us when we won titles and it is what best suits the qualities of the squad ”.

Joao Cancelo, Lahm by force. Guardiola freed his interiors from the duty of occupying the same line as Rodri in the matrix of the ball exit. But, obsessed with “avoiding backlash”, as I said, he recovered the formula that popularized at Bayern and protected his pivot with the wings. João Cancelo was appointed to reproduce what Lahm did. Without having even half the lucidity of his predecessor, against Newcastle, West Brom or Villa, when City came out playing Cancelo left behind to escort the midfielder; if the play overflowed into the last third of the rival field, the Portuguese joined the action as one more inside and the one who went up to protect Rodri was Zinchenko, the left-handed side. The maneuver pays for Cancelo, which cost 60 million, while raising a safety screen that releases two flyers in attack and feeds the wingers. If with the double pivot in the first 12 days of Premier, City conceded an average of one goal per game and scored 1.5, in the last eight days he received a single goal and scored an average of 2.3.

Bernardo Silva, king of the five lanes. Guardiola culminated the 4-3-3 rediscovery with the development of five positional attacking lanes in the last third of the field. In the absence of Kevin de Bruyne, injured, he appointed Bernardo Silva as director. “Bernardo is one of the smartest players I have ever seen,” he said. “He knows how to play in all positions and he also has a goal.” Inexplicably sidelined last season (15 substitutions in the league), the Portuguese acquired more skills than anyone to move in the five lanes of attack starting from the inside right while Gundogan, more freed from administrative tasks, was dedicated to reaching the auction. With freedom to go up and down the street, Mahrez exercised false nine without being the most savvy in the break, while Sterling struggled to interpret the positional jumps from the far right without being the most insightful of tacticians, with Foden doing the same on the left. If the model had weak points, they were well disguised. Among other things, because with Bernardo Silva in the middle all the roads were lit up. Even for the hard-working Cancelo, more suffered than Zinchenko in the steering wheel zone.

Reaffirmation of false nine. Guardiola went from instrumentalizing Delap as nine tank, target of a shower of centers, to leave Kun Agüero on the bench even in the Carabao Cup. As if he was convinced that there is nothing to get in the way more than a striker, he ended up clinging to the false nines: Mahrez, Ferran Torres or Sterling have since played in the center of the whirlwind that drives the tightest defenses of the Premier crazy. “We don’t have a player who can win the games by himself; or score three goals each day ”, warns the coach. “We have to reach the goal as a team. Our top scorers are not in the top-10. “

Thirteenth on the league’s gunner table, Gundogan, a midfielder, is City’s top scorer with seven tallies.