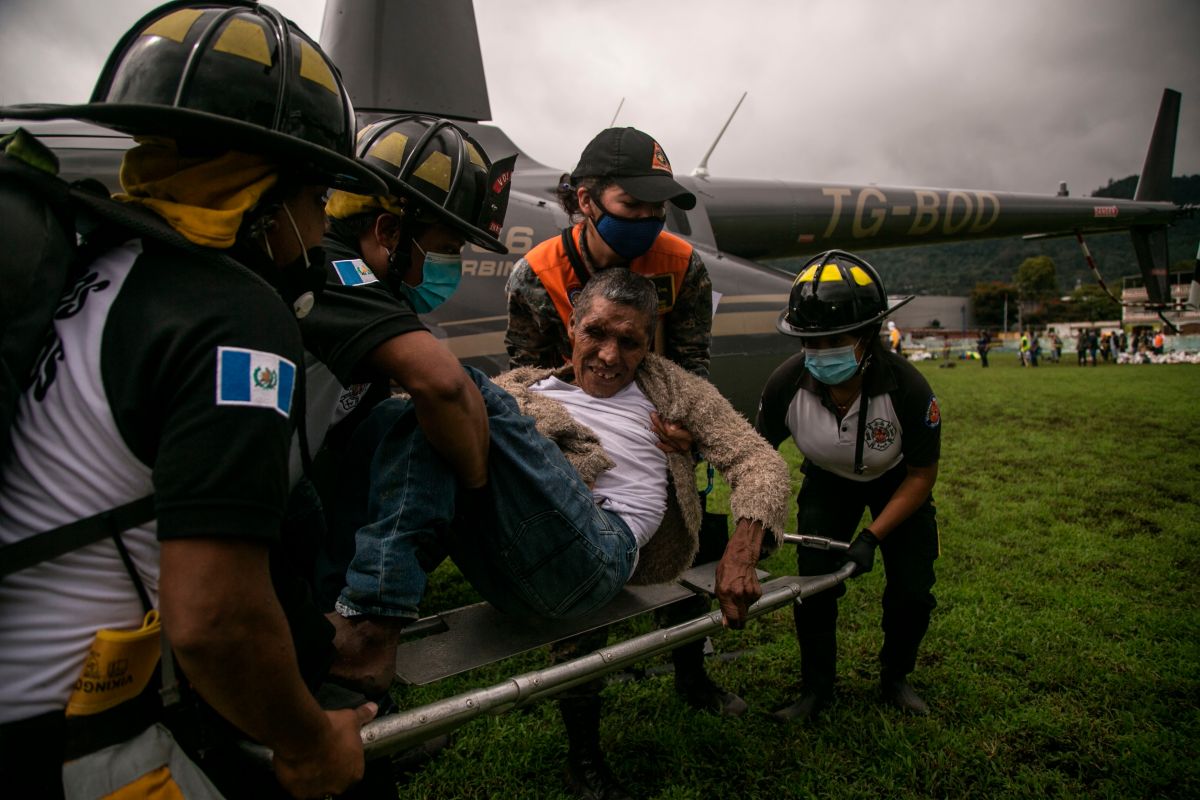 In addition to that country, the worst consequences of Eta have also been suffered in Nicaragua, Honduras and in southern Mexico. In total, dozens of deaths have already been counted and more than 100 people are still missing in the Central American area, where Eta made landfall for the first time in Nicaragua on Tuesday at Category 4 force with winds of about 140 miles per hour (220 kilometers per hour).

In neighboring Honduras, at least 21 deaths have been reported, although only eight have been confirmed so far. María Elena Mejía Guadrón, 68, lost her life when the waters of the Chamelecón river overflowed and flooded the Planeta neighborhood of San Pedro Sula before dawn on Thursday.

His daughter, Mirian Esperanza Nájera, had fled her home in the dark with her two children and her mother.

But while she clung to her children, the current carried Mejía away. Nájera continued searching desperately for his mother.

Mejía’s body was later recovered and taken to the morgue where she was identified by her relatives.

“When the floods started, the whole family was leaving the house,” said a friend of the family Nery Solis, “Mirian was carrying her two children and suddenly the current caught them and she couldn’t catch her mother.”

In southern Mexico, across the border from Guatemala, 20 people died as heavy rains attributed to Eta caused landslides and streams and rivers grew, according to Elías Morales Rodríguez, a civil defense official for the state of Chiapas. .

The worst incident in Mexico occurred in the mountainous municipality of Chenalhó, where 10 people were swept away by a rising stream; their bodies were later found downstream.

After leaving Central America, Eta gained strength in the open waters of the Caribbean and struck Belize, the Cayman Islands and crossed Cuba over the weekend. The tropical storm is now moving through the Gulf of Mexico where it is expected to become a hurricane again after making landfall late Sunday on Lower Matecumbe Key in the southern tip of Florida.

This state continues to feel its effects, in particular strong winds, rain and storm surge, according to the latest bulletin of the National Hurricane Center (NHC).

The weather in that region of the state is expected to continue deteriorating until at least this Tuesday. The cyclone’s winds reach the speed of 60 miles per hour (100 kilometers per hour), according to the NHC.

This is the named storm number 28 of the current Atlantic season, which is expected to end on November 30 and is considered exceptionally intense compared to the average.

The NHC has warned to prepare for more possible storms. It has already located two areas of the Atlantic, one in the Caribbean and one in the middle of this ocean, where new storms can form.