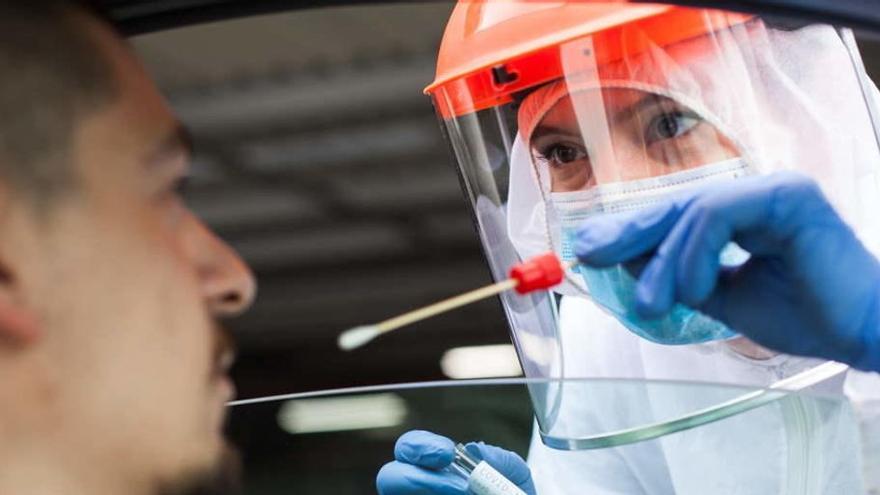 The case numbers no longer mean the same thing.

In the first, second and third waves of the coronavirus, the alarm was unleashed among the health authorities when certain thresholds of accumulated incidence were exceeded, which ultimately has to do with the number of infections that occur. Until the arrival of the vaccine, and especially until a large part of the most vulnerable population began to obtain the reinforcement to combat the disease, the number of infections was the first alert. Infections with the virus occurred in all ages and wreaked havoc on the health of the elderly. An increase in infections inexorably led to an increase in hospital admissions and, ultimately, an increase in ICUs and deaths. Hence, the initial criteria for applying restrictions to stop the spread of the virus were based mainly on the accumulated infection rate.

The level of risk: cocktail of contagions and health occupation

The system established by the Ministry of Health to determine the severity of the pandemic in each autonomous community was based on a color system, determined by the sum of two indicators: one referring to the transmission of the virus (contagion) and the other to saturation health (percentage of occupied beds in hospitals and ICU beds with Covid patients). Both factors were linked to a relationship that has now been truncated, because thanks to vaccination the percentage of infections that end up hospitalized is much lower.

Everything began to change from January. The vaccination strategy adopted in Spain has so far shown its efficacy. First, the risk groups and, later, a descending scale in age since the effects of covid are more serious in maturity. The worst consequence of a disease is the death of the infected person. During the first and second waves, it was found that infections in the elderly could be devastating. According to the latest report from the Asturias Health Observatory corresponding to mortality due to the pandemic, of the total of 2,531 people who died due to the covid, more than half were over 85 years old: specifically, 55.75 percent. This percentage was significantly higher in women (they are longer-lived than men, so there are a greater number of them in that age group). Just over a quarter of the deceased were between 75 and 84 years old, which means that almost eight out of every ten deceased were over 75 years of age. The experience of the effect that the virus had on nursing homes, which could be verified in the first and second waves, led to prioritizing vaccination in this group. The consequence was immediate. The third wave (the one that peaked at the end of January) showed how powerful vaccines would be. With the population of nursing homes in the process of immunization, diagnoses in the centers for the elderly fell clearly. For example, of the total number of deaths, 1,414 were diagnosed in the second wave, of which 664 were users of nursing homes. In the third wave, 624 cases were diagnosed that ended in death, but only 108 corresponded to elderly residents.

Preventing the collapse of the health system has always been the bottom line in the fight against the pandemic. If hospitals and Intensive Care Units were overwhelmed by the care of patients, there would be no possibility of providing care to the rest of the sick who need medical attention. With vaccination already gaining ground to the virus, the number of cases continued to be an ideal thermometer to know when the spread of the disease reached worrying levels capable of having, within days, severe consequences on health, increasing the number of patients to be admitted and, therefore, of serious cases that would end up in ICUs. It was at that moment that The Principality established the so-called “4 Plus system”, which was intended to be more accurate than the Ministry’s risk indicator and to focus on the municipalities, in order to establish restrictions in the councils with a more worrying situation without affecting the activity of the rest of Asturias. At the time, the effects of global closures on the hotel and trade industry produced enormous economic damage, so it was intended to perform surgical tasks when tackling the pandemic territorially. This “4 Plus” system determined the moment in which restrictions had to be undertaken taking into account two main indicators: the accumulated incidence of cases at 14 days and the incidence in people over 65 years of age. At that time, a large part of the older population was still beginning the vaccination process.

When the whole country expected the irruption of the fourth wave of the coronavirus, coinciding with Holy Week, the change in the way of measuring the severity of the pandemic was already being noticed. On April 11, La Nueva España already stressed that vaccines caused a decrease in serious cases and allowed the restrictions to be relaxed. The health authorities were aware that from then on there would be “Less percentage of hospitalized compared to detected cases, less incorporation of patients to ICUs and a notable drop in mortality”. Because the key has not been infections, but hospital occupation. The paradigm during the first two waves was that a high accumulated incidence of infections entailed high health pressure shortly after, but already then it was evident that a higher incidence could be supported because the number of asymptomatic or mild cases would increase, due to the increasing vaccination among the most seriously ill population.

Lethality falls sharply among the youngest

The evidence that this is the case is clear when the lethality of covid is analyzed according to age, this is the percentage of patients who fall ill and die. Among those older than 85 years, that rate is 43.51 percent: that is, practically two out of every five people older than 85 years who fell ill with covid-19 ended up dying. This proportion drops to 22.22 percent between 75 and 84 years (one in four patients) and drops to 8.44 percent (less than one in ten) in the case of those who are among the 65 and 74 years. According to data from Asturias, the fatality rate among those between the ages of 15 and 30 (the population that now suffers a fifth wave of infections) is 0.03 percent. That is, one out of every three thousand infected will die from covid.

It would be irresponsible to consider that, given that the consequences of the covid are less serious among young people, measures should not be taken to avoid contagion. First, the possibilities of hospitalization continue to exist: one in every one hundred infected young people will have to be treated in a hospital. Second, If the virus spreads widely and infections multiply, there is the possibility that it will affect other ages, even if they have some vaccination dose. Vaccines do not prevent infections or that infected people spread the disease: they only give more weapons to fight the virus and avoid its most serious consequences. Third, the more infections that occur, the greater the risk of virus mutations, some of which could render vaccines ineffective. And fourth, there are still many unknowns about the future consequences of having passed the disease. The medical literature on the so-called “persistent covid”, the long-term effects of the disease that remain, such as fatigue, shortness of breath, muscle aches, and difficulty sleeping. It is believed that one in three people who have contracted the disease may suffer from it. A recent study in which two Spanish scientists have participated and published in “Nature” also points out that infected people have a greater risk of suffering from neurodegenerative diseases in the future. Therefore, avoiding infections also among young people is a health priority, not only thinking about the hospitals of now, but also about the collective health of the future.