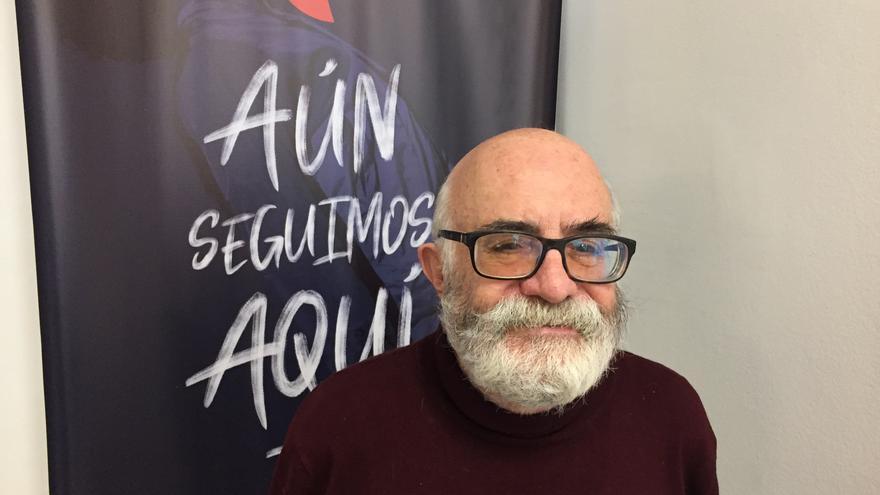 The failed achievement of a stable legal status in these years, not having been able to make co-productions and the lack of budget have precipitated Heras’s decision, in addition to being “convinced that a new cycle must begin.”

The playwright and stage director also pointed out that “the institutions must meet and decide if they really want to have a Theater Show in Alicante.” In this sense, he assured that “I say it with enough time so that the institutions can calmly study what type of model, both legal and artistic, they want to develop for the future.”

The budget “weighs a lot” because “it has been frozen in the worst sense of the term for 10 years; nothing has been taken into account, neither inflation nor anything; That is why I think that the time has come for the institutions to reflect, if they are going to want an exhibition like the current one, possible, or if they are going to take a step to turn Alicante into a center of co-productions, with the house of the translator made, with projects that I have not been able to solve. Perhaps a confrontation is needed from the leadership greater than the one I have been able to carry out, “he said. In this sense, he stressed that “every year they sing me a bolero, but I already listen to the boleros at home.”

Guillermo Heras, who despite having informed the different institutions -INAEM, the Ministry of Culture, the Provincial Council and the Alicante City Council- of his decision faced this last press conference alone, also referred to the legal basis that sustains the Exhibition. «The problems have been solved by inertia. When the board of trustees was constituted in the year 98 it was not well conceived because it was part of the Minister of Culture, at that time a minister, to the president of the Generalitat. It is a board that made no sense, of thirty people. What seems fatal to me is the lack of agility of Spanish cultural institutions; there has been the will to make a public foundation and they threw it to the ground ».

For Heras, «Alicante has all the ropes to be a capital of culture, to be a Mediterranean benchmark and not only for the performing arts; there are no cities with this number of inhabitants that have so many theatrical buildings, museums, auditoriums … What would really be needed is a global city project in which the Show would be one more piece ».

The still director of this meeting has read a statement in which he highlights: “I belong to a generation that in the 80s of the previous century made a great management effort to streamline and de-bureaucratize administrative models that were already obsolete. It is enough to analyze part of that History to see that we achieved some interesting results, among them the partisan depoliticization of public cultural management and a streamlining of the daily administrative processes in the life of the performing arts. That is to say, create in artistic freedom, although I have always defended that subject to the necessary economic controls, marked by each of the specific administrations.

But the current difficulties in developing an artistic management model, specifically for festivals and exhibitions, “are far from resembling that dream. But beyond this question, perhaps subjectively reasonable, I think that after 29 years it is healthy to find new paths for the management of this Exhibition and to find the necessary new energy that, without a doubt, will have to face new challenges in management and in the artistic sphere. . And that must be done with a new address. Something that will be faced, presumably, in the new meeting of the board of trustees to be held in February next year.

«I have no doubt that, as in any trajectory of a cultural project, this journey has had lights and shadows and it will be up to critics and historians to assess its significance during the intervening years. Either way, I think that by weighing their activities, the achievements made can fill the team that has driven the Show these 29 years with pride ».

However, he will continue in office until the institutions appoint his successor. «Therefore I am going to do all the things that correspond to me; the reports and present my ideas to the board of trustees. This is not posed as a confrontation and they know that I am going to continue until the relief. My idea is, if you want, to help as much as possible ».

Heras, who had words of gratitude to the representatives of the institutions “that so much supported this project” and, above all, to his management team, “practically stable from the beginning, who have been the true creators of the practical reality of the Exhibition “, he concluded:” Wherever I am, I will never stop supporting and helping the future of this Exhibition as much as I can, and all my help in reflecting on this transitional stage, from my deepest commitment to the current dramaturgies of our country”.