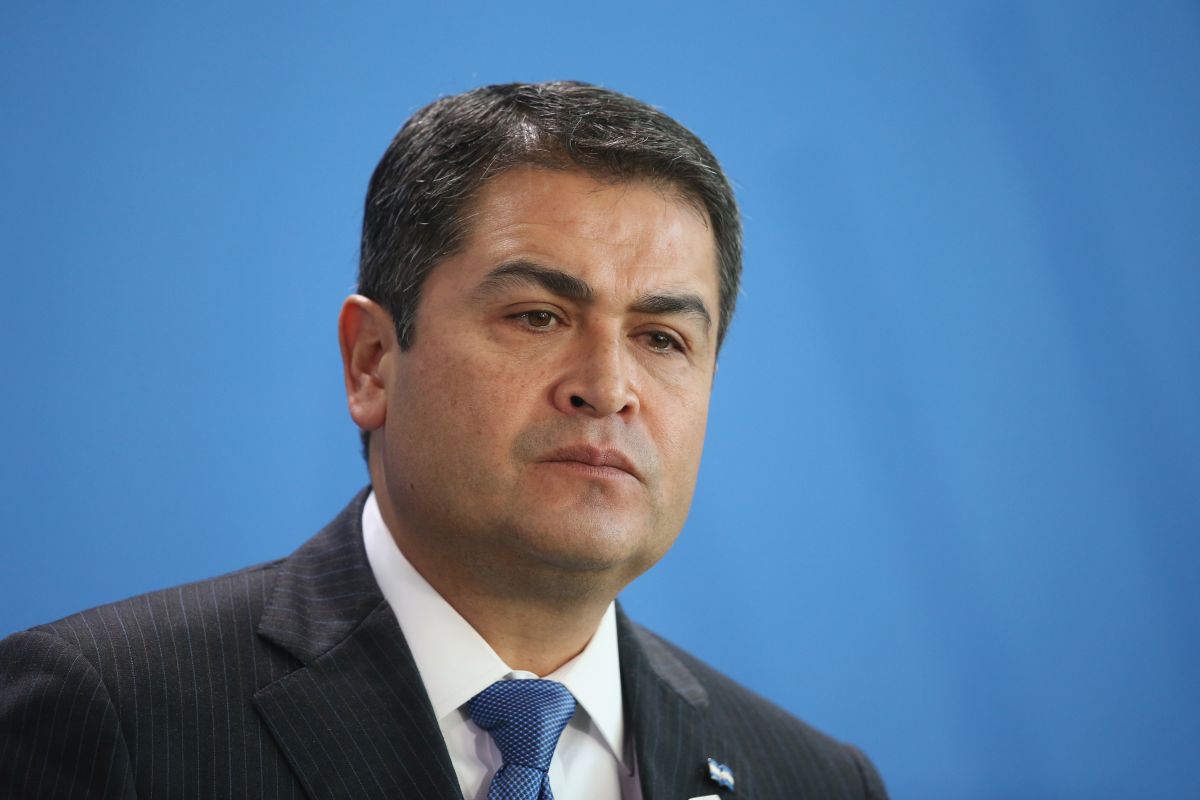 1/2 #CNGOTV The economy could be hit hard after a guilty verdict against Geovanny Fuentes.

A jury in New York found Honduran Geovanny Fuentes Ramírez guilty of drug trafficking, who according to US prosecutors was a partner of the current president of that country, Juan Orlando Hernández (JOH), in trafficking tons of cocaine to the United States.

The jury decided unanimously that Fuentes is guilty of the three crimes of drug trafficking and possession of weapons for which he was accused. Sentence was set for June 22.

Fuentes’ trial in federal court in Manhattan addressed in detail the corruption rooted at the highest level in the Central American country, including the police, the armed forces, the executive and the judiciary.

Prosecutors for the Southern District of New York asserted in the process that all Honduran presidents since 2006 have received bribes from drug traffickers in exchange for protection and a promise not to be extradited. They detailed that Hernández, current president, went even further and associated with the defendant Fuentes.

“JOH not only wanted the defendant’s cash (in bribes), he wanted access to the defendant’s cocaine (…) so he could export it” to the US, prosecutor Michael Lockard said Friday, in his closing statement of Fuentes’ trial. .

And he also noted as a partner of Fuentes Juan Antonio “Tony ”Hernández, brother of the president, currently detained in New York. The sentence of “Tony” Hernández, convicted in 2019 of traffic 185 tons of cocaine to the US, It will be announced on March 30 by Judge Kevin Castel, the same one who presided over Fuentes’s trial.

The president of Honduras has denied all the accusations. He says that the former head of the “Los Cachiros” cartel, Leonel Rivera, who collaborated in the trial with the prosecution, has lied to reduce his prison sentence and take revenge on him for his fight against drug trafficking.

“Any narrative about the battle against drug trafficking in Honduras that omits the unprecedented reduction of 95% (official US data) that we achieved, is generally just a vehicle for dramatic headlines to promote the false testimony of the drug traffickers we defeated. ”, President Hernández tweeted this Monday, in English and Spanish.

Fabio Lobo, son of former Honduran president Porfirio “Pepe” Lobo (2010-2014), was sentenced in 2017 in New York to 24 years in prison for trafficking 1.4 tons of cocaine to the United States, he recalled France 24.

Any narrative about the battle against drug trafficking in Honduras that omits the unprecedented 95% reduction (official US data) that we achieved is generally just a vehicle for dramatic headlines to promote the false testimony of the drug traffickers we defeat.

The trial addressed the #corruption rooted at the highest political level in #Honduras 🇭🇳, in the police, armed forces and the judicial system. (mg)https://t.co/kk4Eaa8MLU