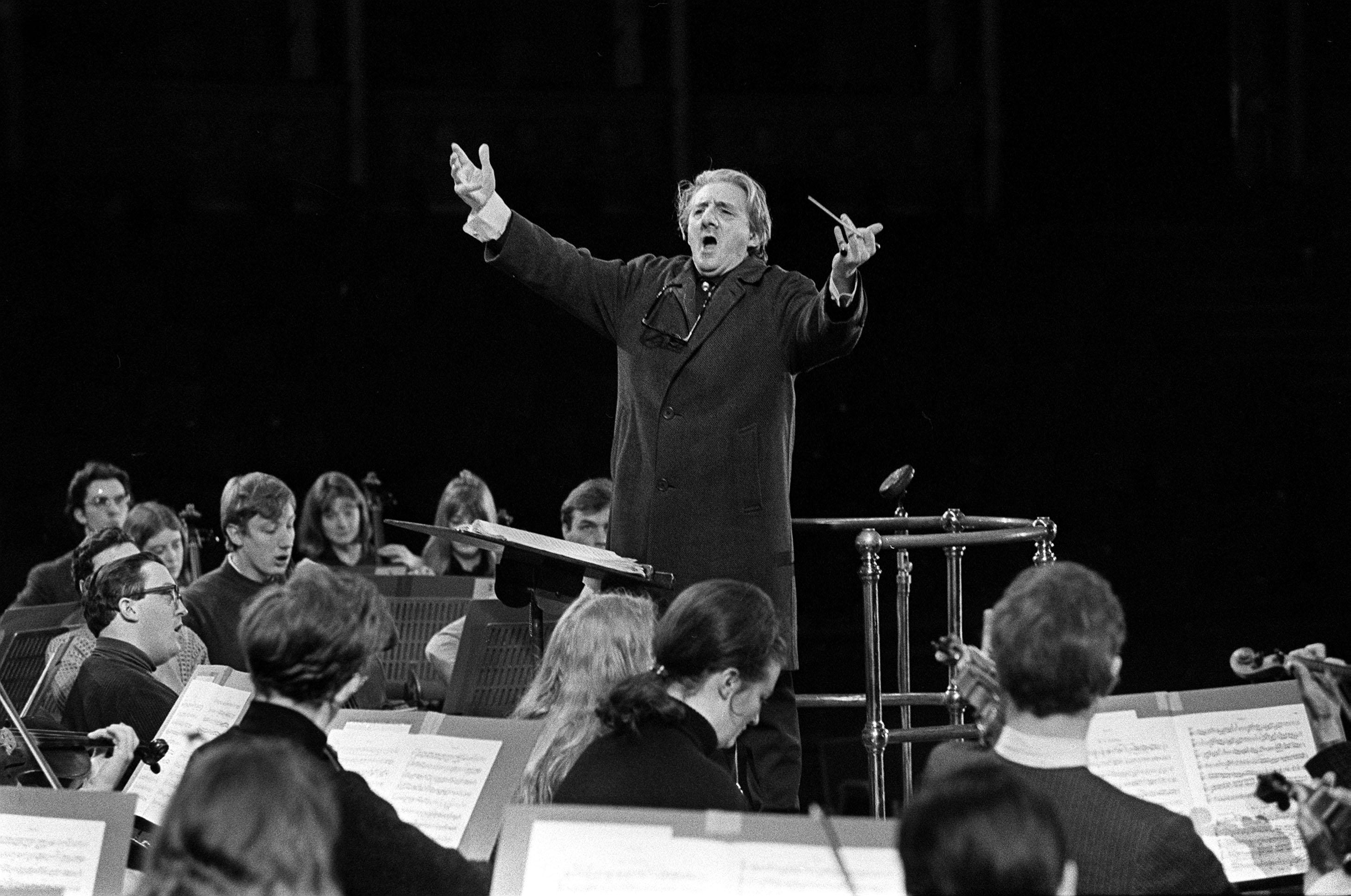 Gustavo Dudamel, in jeans, a T-shirt and sports shoes, fights with the mask and with the third movement of the Ninth Beethoven’s symphony. “We shouldn’t sound heavy, like we had just finished eating in a London pub, but rather as if we were finishing a lunch with champagne and molecular food in Can Roca,” he warns with an empathetic gesture to the musicians of the Orquesta del Real, also masked and conveniently apart. The atmosphere of the rehearsal to prepare the recital that Saturday night offered in the Madrid theater was relaxed, certainly far from the stereotype of the fearsome director and the reign of terror of his baton.

Dudamel (Barquisimeto, Venezuela, 39 years old) is in Spain, where, he says, he has no home, “but a home”, to attend the inauguration of Symphony, a traveling installation of cinema, music and virtual reality in which he has worked for the last four years with the Fundación la Caixa. And to settle an outstanding debt. The Venezuelan conductor had planned to perform in April, in Barcelona and Madrid, Fidelio, in semi-staged version and leading the Mahler Chamber Orchestra. It was part of a tour, cut short by the pandemic, to celebrate Beethoven on his 250th birthday.

In the exercise of possibility that culture has become in 2020, these concerts have been replaced by two Novenas, on Friday in Barcelona, ​​with the Galician Symphony Orchestra, and last night at the Real, with the theater training. “The profound poetic, human and artistic message of this piece is much more powerful now than when Beethoven wrote it,” says Dudamel at the end of the essay. We are in a small room in the coliseum, with the rooftops of Madrid in the background. “It is still just as modern. His times were very turbulent, just like ours. And it is an unfortunate coincidence that their great anniversary coincided with all this, but at least it serves to see that their universalist message has much more power now.

The pandemic surprised the musician in Los Angeles, where he resides, at the end of another jubilee; that of the centenary of the Los Angeles Philharmonic, an orchestra of which he has been artistic director for 12 years and with which he has a contract until 2026. He spent confinement with his wife, the Spanish actress María Valverde, and their son, very aware of the “hard news” that came to them from Spain from their in-laws, neighbors of Carabanchel, “one of the neighborhoods most hit right now.”

The months of confinement were fruitful: “It was a time of rest and a lot of study. To reflect on what he had accomplished. Never in my few years of career had I stopped to think. Before it was: concert, concert, break, rehearsal, rehearsal, concert, concert … All too fast. Making music is something very special for it to be that way ”.

In addition to reflection, the director also gave in to his proverbial hyperactivity: he invented a radio program (At home with Gustavo), who had the help of his wife or the film composer John Williams; put the finishing touches to their collaboration on the soundtrack of Steven Spielberg’s version of West Side Story (and no, it does not loose garment); and turned to the activities of the YOLA, Young Orchestra of Los Angeles, which since 2007 has tried to bridge the gap between academic music and the younger and disadvantaged layers of the community, in the same way that the Sistema did in Venezuela, which Since its founding 45 years ago by José Antonio Abreu, it has trained hundreds of thousands of musicians, including Dudamel. He is confident that by the end of this year or early 2021, a center designed for YOLA by Frank Gehry (architect of the Disney Hall auditorium, headquarters of), will be inaugurated in Inglewood, a municipality southwest of Los Angeles and with a majority of Latinos and Afro-Americans. the philharmonic). It will be in the heart of a community with “limited resources and many desires.”

Despite being the most successful son of the System, Dudamel was unable to attend the funerals of his mentor, Maestro Abreu, in 2018. The origin of the veto was in a letter condemning the repression of Nicolás Maduro published the previous year. The president responded on television: “You got into politics, welcome to politics, Gustavo Dudamel.” “I have not returned to Venezuela for a long time,” confirms the musician, “but I have not lost contact with my core. I am a person of faith, an optimist who always sees the light at the end of the tunnel. We will find the solution. There has to be. Until then, I keep working with the System, I will never stop doing it. My country is of enormous human wealth, but for some time you have been of one color or you are of another. And that makes everything fall into darkness ”.

This understanding, non-belligerent attitude of his colors the way he publicly intervenes on the ongoing discussions: from the race riots in the United States to the new rules of political correctness or the iconoclasm that in the present demolishes the statues of the past. “Everything is so political that it gets tiring sometimes. It is no longer the day to day. It’s minute by minute! ”He says. “So much so that in the US if you wear the mask you are from one party, and if not, you are from the other. Everything is divisive, and that creates fear of talking to someone who does not share your ideas. I do not understand why politicians instead of working for harmony add fuel to the fire. I think it is more profitable for them ”.

For all these problems, Dudamel always opposes the same solutions: music, education and the teaching (“learned from Abreu”) that “crises hide opportunities”. Also one as unpublished as the current one. When he returned to the scene after the break with performances at the Hollywood Bowl, Salzburg or Vienna, he felt “reborn”. That is why he believes that the new health regulations do not detract from the emotion of live music, “although they make everything more complex.” “The desire has multiplied,” he adds. “It is time to break fear with desire. And to apply what they have learned to achieve, more than a new normal, a better normal ”.

“Music is a right, not a privilege of elitists”

Dudamel, artistic director of one of the most important orchestras in the United States, which is, at the same time, constantly required by the great European institutions, is an exceptional witness of the different ways of managing and programming on both sides of the Atlantic. “The idea that the contemporary is little touched has always existed,” he explains. “At the Los Angeles Philharmonic we fight against that, as part of a commitment to new composers, but also in response to a right of those new composers to be touched.”

In the programs of the training he directs, the usual repertoire of large auditoriums fits the same, the commitment to creators such as the Mexican Gabriela Ortiz, the jazz of Herbie Hancock, the gospel, Katy Perry or René, from Calle 13.

Everything obeys his way of seeing classical music as something that must make an effort to get closer to people, and not the other way around. “The big institutions are waiting for them to see them, but that no longer works like that. They cannot be entities separated from the community, because if not that community will never feel that what we do is speaking to them. Music is a right, not a privilege for elitists. Luckily, the idea is growing that it is not something only within the reach of a few ”.

This philosophy also applies to the selection of members of an orchestra that encourages inclusion, although “auditions are always blind.” “This has been an art that has had a historical development that needs to be transformed, because it has not been the correct one,” says Dudamel. “We are finding a way to correct that.”