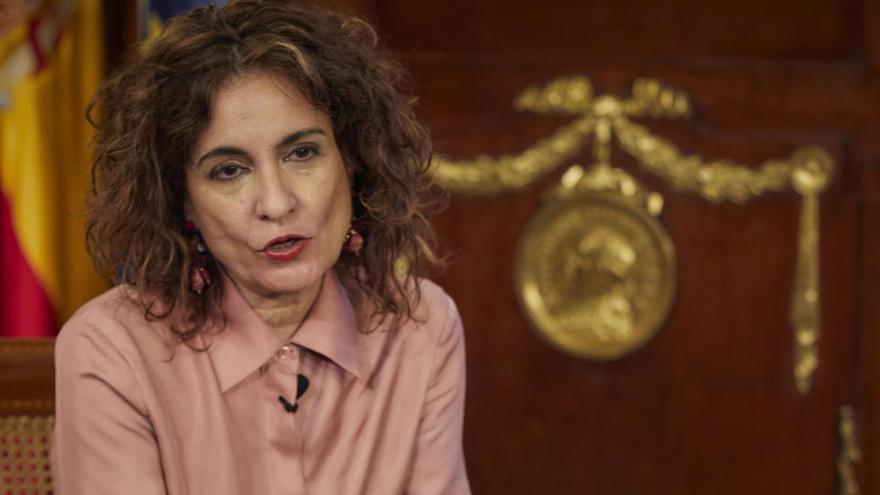 The Ministry of Finance wants to start its announced tax reform this year in which it will propose, among other measures, an increase in special taxes, specifically the one on tobacco consumption, as well as a review of the module system for which many freelancers pay and a rethinking of the deductions that currently exist in Corporation Tax, as they have transferred to Europa Press in sources in this department.

The intention of the Treasury is to convene at the beginning of 2021 the committee of experts that must analyze the comprehensive tax reform and that will have a period of one year To approve its conclusions, a committee that will be open not only to universities and companies that are dedicated to the financial field, but also to tax technicians from communities and local entities.

After the fiscal changes introduced in the 2021 Budgets, which the Government considers mere “tweaks”, such as the increase in personal income tax to the highest incomes, the increase in the Wealth Tax from 10 million euros, the increase in VAT for sugary drinks or the cut of the business deduction for repatriation of dividends, The Treasury wants to introduce a more ambitious tax reform in the next public accounts, that encompasses all the tax figures and cuts the tax gap of seven points of GDP that separates Spain from the European average.

This is the case of Corporation Tax, since, according to the Treasury, does not have the desired performance and it is necessary to review the tax benefits and perform an analysis of the utility of some of your deductions.

According to sources from the Treasury, part of the current tax deductions had their effect at first and they were later “amortized”, and in other cases it is necessary to analyze if they make sense in a shorter period of time or if they have to be extended for more years but with some “nuances”.

Other deductions are directly “obsolete” and do not fulfill the utility for which they were created, while, on the contrary, there are “missing” deductions in environmental matters or to favor digitization, according to the department headed by María Jesús Montero.

Regarding the system of modules by which some self-employed people pay taxes and whose elimination is requested from some areas, the Treasury considers that it would be convenient to move towards a taxation for the real benefits obtained, since when it is taxed by modules it is very difficult to “tune”, and believes that the current process of digitization of SMEs increasingly allows knowing what the real benefits are without burdening small businesses with excessive bureaucracy.

Regarding taxes on alcohol and tobacco, the Treasury will be at the expense of the recommendations of the health authorities, but in the specific case of tobacco, considers that the differential price that Spain has with the rest of Europe must be corrected so that fewer and fewer people smoke.

Also in matters of special taxes, the Treasury continues to defend the gradual equalization of the diesel and gasoline taxation – an increase in the taxation of diesel was included in the Budgets that fell to get the support of the PNV -, since, in his opinion, the current difference “has no reason to be” and Spain has the taxation of diesel more down from the euro zone.

Regarding VAT, the Treasury wants analyze the tax “calmly”, although it admits that Spain makes greater use of reduced rates than other European countries and that the collection for this tax in relation to GDP is lower than the EU average.

Harmonizing the taxes managed by the autonomous communities, specifically Successions and Donations, and Patrimony, is another of the objectives of the tax reform that the Government wants to approve this year, in addition to analyzing which are the most suitable tax figures to tax wealth.

What the Treasury wants to avoid, which insists that it is not about going against any community, is that regions that have a lower collection capacity they are forced to raise the tax burden a lot to have the same revenue as others that can afford to lower taxes because they have more companies or greater wealth.

In addition to these changes in existing figures, the Treasury believes that Spain, with one of the lowest environmental taxes in Europe, has room to introduce new tax figures that favor the green economy, which will complete the new tributes on single-use plastic packaging and the one that will tax the waste.

The fiscal panorama is completed with the entry into force, this year, of two new tax figures: the financial transaction tax, known as ‘Tasa Tobin’, and the tax on certain digital services, or ‘Google Tax’, with which the Government expects to collect about 1.8 billion euros.

Along with the tax reform, the fight against fraud is another of the priorities of the Ministry of Finance for 2021. In this sense, the Ministry of Finance will prepare a study to carry out a “greater approximation” to the underground economy, which in Spain has an “asymmetric distribution” in the whole of the territory and is concentrated especially in certain provinces or regions.

Therefore, the Treasury and Social Security are going to establish a joint plan of fight against the black economy, in which multidisciplinary teams will work, with labor and tax inspectors.