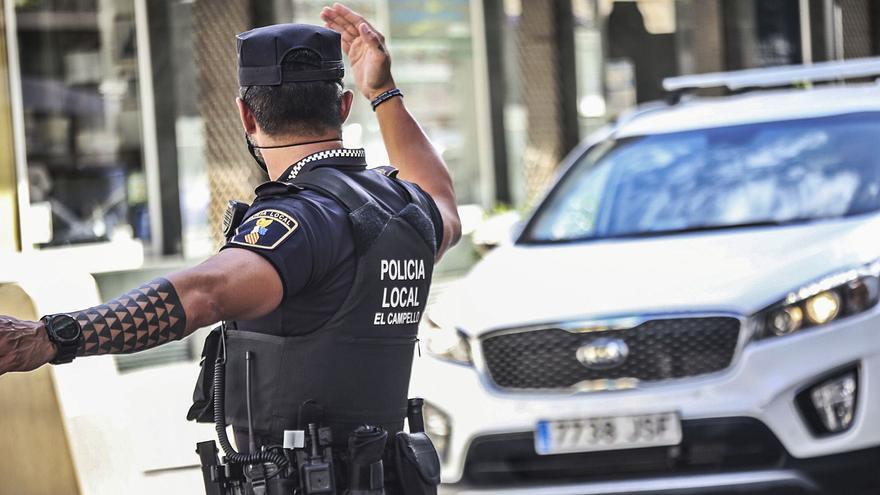 The ambitious project for El Campello to become, in a very short time, a video-monitored municipality has already been completed, which will translate into significant improvements in road traffic, a decrease in infractions and a guarantee of road safety that is long claimed by neighborhood groups. The Traffic and Security department directed by the popular councilor Rafa Galvañ, has shaped an initiative that will lead to the installation of fifty surveillance cameras distributed between the northern area, the urban area and the southern area-Muchavista.

As transferred from the Traffic and Security area, the latest generation cameras will be equipped with alert notification systems to detect infractions, and will be able to locate vehicles through a license plate reading device. The project will allow monitoring and regulating traffic in real time from the Local Police headquarters, which will be equipped with 4K monitors for high definition viewing. All the devices will be adjustable and equipped with zoom, an essential tool to cover large surfaces, so that practically the entire country will be subject to traffic video surveillance.

For this to be possible, it has been necessary to have a budget of 130,000 euros, which includes the installation of the devices and their technical maintenance for two years, work that will be carried out weekly and monthly. Councilor Rafa Galvañ explains that it is an “open project, since in successive actions we will be able to expand the number of devices as the technicians and the Local Police deem appropriate to guarantee security throughout the municipality.”

The technical specifications reached the municipal contracting department on August 12. There they will be in charge of drafting the administrative specifications, which will be followed by the presentation of offers by the interested companies, the tender and, finally, the installation of the cameras.

Vehicle traffic in El Campello has increased considerably in recent years, in proportion to the increase in the population (currently 30,000 inhabitants) and its commercial and tourist activity. There are several main access arteries to the municipality and its population centers, from the highway to the national highway, intersections and streets with notable traffic. This reality has motivated the need for continuous control to improve fluidity and security.

To this end, the Local Police Headquarters will equip itself with an Integrated Control Center (CCI), which will allow agents to monitor traffic in real time and warn in advance of possible anomalies or improper behavior of drivers. A closed circuit television (CCTV) made up of fifty strategically distributed cameras will become the key to achieving the objectives.

The investment will translate into significant improvements in road traffic. Pilar Cortes

The particularity of the municipality of El Campello, 23 kilometers long, has made it necessary to design a model for locating fixed recording cameras by zones. The first one goes from Venta Lanuza to the junction with the Aigües road. The second covers the urban center in its entirety, and the third from Avenida Jaume I to the Benimagrell road.

All populated areas of the municipality, without exceptions, will have cameras, since the objective is to control traffic throughout the term. Due to the special and complex characteristics of the north and part of the south, a good part of these devices will have their own electricity supply, as well as the wiffi system essential to carry out their function.

The specifications specify the obligation to have up to five different models of top quality digital cameras, with special requirements and characteristics.

Thus, VC Ambiental cameras will be available, equipped with their own lighting, high resolution, motorized lens, and an 84-degree viewing angle, among other technical features.

Other models included in the sheet are the wide-angle VC camera, the VC reader, the VC reader PTZ and the VC reader MMC, all capable of distinguishing cars, SUVs, vans, vans, buses, motorcycles and trucks, distinguish up to 12 shades of different color, 70 brands and 600 models.

The cameras will monitor all the predetermined areas, with images of sufficient quality to perform the recognition of vehicles and license plates. Some of them (mainly those installed in the north), will be equipped with their own power sources, supports, fixings or masts necessary for their installation.

The system will allow, at the click of a button, to have an image of the offending vehicle, license plate, exact date and time of the alert, country of origin of the vehicle, reason for the alert, direction of movement, speed, make, model, color, type of vehicle and link to the police file, in addition to other observations that may appear in Traffic. Special emphasis will be placed on pursuing abnormal situations such as traffic light jumping, access to restricted areas, traffic in the opposite direction, improper turns, prohibited parking, irregular overtaking, jumping stops, or lacking a driving license or other mandatory documentation.

The global restructuring of road traffic in the northern area of ​​El Campello will resume in October, once the high tourist season is over.

This is an action that has long been proposed by residents and carriers, and the objective of changing most of the directions is to streamline traffic and enable hundreds of parking spaces.

The first phase, already completed, included the area between the Amerador and Plaza de Don Pedro, where 150 new on-road parking spaces have been obtained.

At the beginning of October, it is the first turn to the strip between Plaza Don Pedro and Venta Lanuza, where parking spaces will also increase and traffic will be more agile, always considering the demands of residents and transporters. .

Renovation of the vertical signage of avenida Jaume I and adjacent

Faded tones, duplicate signs and wrong directions define today the vertical signage of the Muchavista area, specifically Jaume I avenue (beachfront) and adjacent streets. To put an end to these anomalies, the Department of Traffic and Security directed by Rafa Galvañ (PP) projects a global change of the signals that will be undertaken before the end of the year.

This action is intended to put an end to a situation that neither residents nor visitors like. The current signals, although of very good quality, have deteriorated over the years and the direct action of the saltpeter and the sun. They have lost the original color, to the point that some of them are barely legible, and the technicians assure that many of them are not useful, since they are repeated in some cases every 20 meters without the need for it.

The popular councilor himself has been able to verify such circumstances in an inspection that led him to request a comprehensive remodeling project from his technicians. “Muchavista beach is one of our main hallmarks, and it is certainly plagued with vertical signs that in many cases make no sense, because it is repeating ad nauseam for crossings, turns, speed limits and prohibitions on the same stretch sidewalk, which makes the environment ugly and makes it difficult to see this wonderful sandy area, ”says Rafa Galvañ.