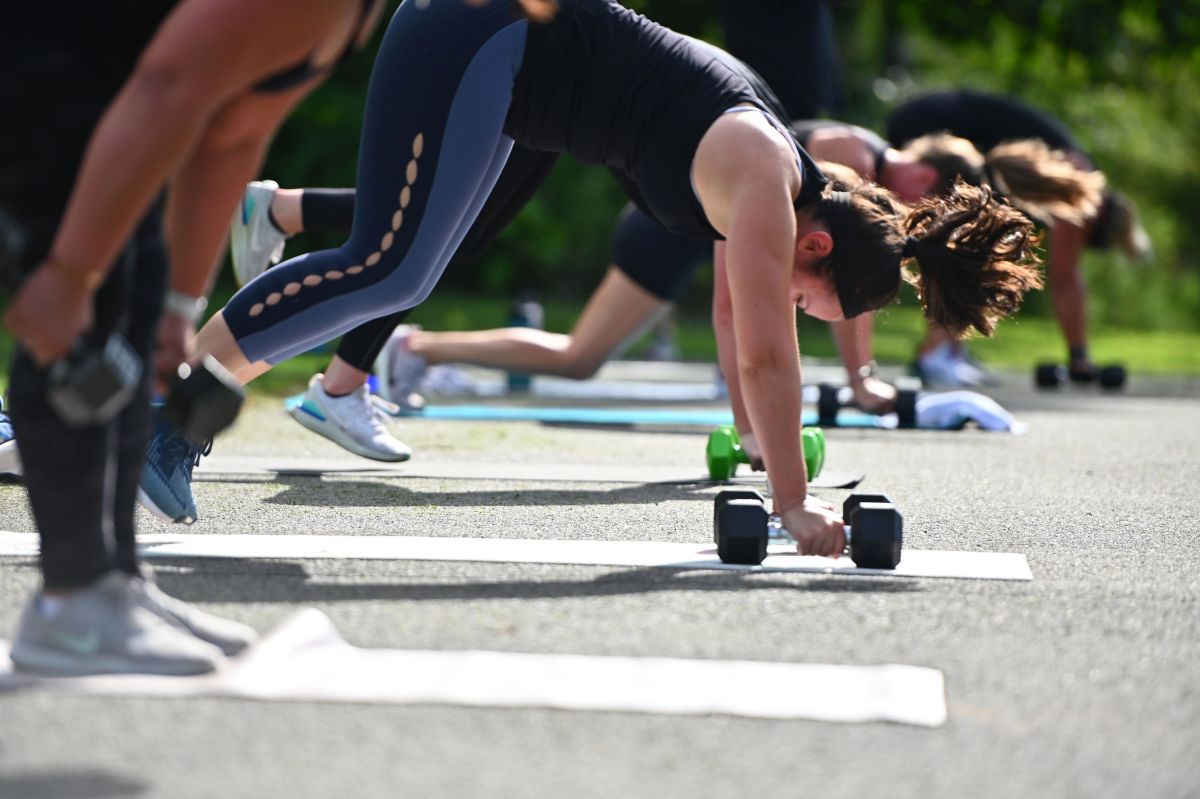 Illustrative image of a “fitness” routine.

Vivian Polanía Franco, the so-called “fitness judge” from Colombia, She added fuel to the fire by posing half-naked for one of her photos on Instagram in which she included a description that indicates that the Judicial Branch did not investigate her underwear because she does not wear.

The Cúcuta magistrate faces disciplinary sanctions precisely for her explicit photos on the web since, allegedly, it compromises the dignified administration of Justice.

“They didn’t search my underwear because I don’t wear it! Jajjaja #sexy #bunny #juez #fit #fitness # queoso jajjja ”, said Polanía Franco in the comment to the photo shared this week in which she seems to be sitting on her bed, naked and with an open leather jacket.

The judge has challenged the “law” for the past weeks without paying much attention to the indications of the Disciplinary Jurisdictional Chamber of the Sectional Council of the Judiciary in Santander where she litigates.

“They are checking my social networks everywhere, the magistrates of the Sectional Council of the Judiciary from here in Cúcuta and Arauca, and they sent requests to Facebook asking for information on how many ‘likes’ I have, where I am located and how many public photos. I am the most persecuted. As if I were from a criminal organization, ”Polanía previously indicated in an interview with Semana.

According to the Colombian, the controversy began after two interviews she gave to La Opinion de Cúcuta and Q’Hubo for reports that included some of her Instagram photos. “Legally they are investigating me by the La Opinion newspaper and Q’hubo who published my photos on Instagram and took a very nice report, talking about beautiful things about Cúcuta, talking about fitness. For them those photos in a bathing suit; In other words, I am the only woman who does not have the right to wear a bathing suit, because rather, it goes against the dignity of the administration of justice “, stated the judge.

“I think it was a situation that I had to exploit. The Karma; While I was in the Palace of Justice, they know me, I am a person who speaks up, I do not invent gossip, I do not speak ill of people … I have to be a strong woman because many people believe that because I am a young woman and they are older and because they have ties, they believe that they can take advantage and step over you, “added the interviewee who insisted that she does not intend to stop exercising her free personality.

“Regarding my clothes and my way of dressing, it is the free development of the personality. I absolutely disagree. Not all judges, officials, employees, people are the same, “said the Crossfit addict in another interview with CNN.

At the moment, there are no details about the result of the administrative investigation against Polanía Franco.