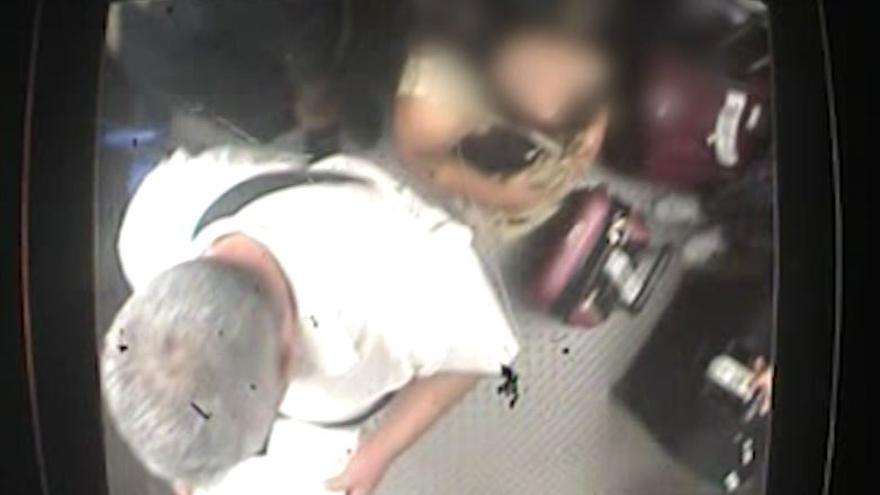 He went to a Madrid police station to report that a group of young people of Maghreb origin had beaten him up and had stolen her cell phone. The man assured the agents that he had been admitted to a hospital, with a clot in his head and “just about to die”.

The police investigated his complaint and found that, in fact, he had gone out for drinks when leaving work, got drunk and opened his head after slipping and hitting a bollard on a bar door. Someone took his cell phone when he was injured on the ground. The man had faked the robbery so as not to tell the truth to his wife. This is one of the fabricated complaints that the National Police has discovered in the first six months of 2021.

According to a report from one of the main police stations in Madrid, to which CASO ABIERTO has had access, the Investigation and Events channel of Prensa Ibérica, more than half of the complaints that are presented for robbery with violence or intimidation are actually simulations of crime and insurance scams. Researchers have detected “a gradual increase” in these cases, which according to the sources consulted by this means “is becoming so alarming that the figures from previous years can double.”

A piece of furniture from Ikea

Police sources attribute this increase to “the insurance offered with the purchase of high-end electronic devices of great value in the market, which they only compensate to the consumer when the device is lost as a result of a robbery with violence or intimidation. “For example, a middle-aged man reported a few months ago that some thieves had entered his house and they had taken the television and his cell phone. Later, when the police summoned him to testify, accused of a simulation crime, the guy ended up confessing that he had invented the assault after he accidentally broke the television himself while assembling an Ikea furniture. As his insurance did not cover the expenses in case of breakage, he decided to simulate a robbery.

The conditions offered by electronic product companies, such as mobile phone companies, even cause “People who misplace an invoice, report events that do not occur just to collect insurance”. In addition, the police detect, in many cases, a lack of collaboration on the part of insurance companies, when it comes to preventing and prosecuting these crimes: “sometimes they do not provide information to investigators about the clauses of the contracts.” In other cases, they even “go so far as to give their clients indications of what they have to report in their complaints in order to be compensated.”

Advised by their parents

Sometimes it is the parents themselves who advise their children on how to lie to the police to get insurance to pay them for pretending they suffered a more serious crime. This is the case of two young people whose cell phone was inadvertently taken away by a thief, without violence and without their realizing it, while they were walking through the street. Madrid Rio area and they reported a robbery with intimidation advised by their respective parents. Police stopped the boys and also their parents as inducers.

Sometimes the deception is so crude that the complainant does not go beyond the waiting room of the police station: “In order to buy another phone from his wife, with the compensation he received, a boy reported that his mobile phone had been stolen and it was that he appeared at the police station with the phone supposedly stolen, “the report warns.

The salary at the casino

Another of those false complainants discovered by the police came to spend his salary in the casino and then he claimed that he had been robbed to justify the expense to his wife. In another similar case, a man described to the police, in the presence of his wife and in great detail, the alleged robbers who had attacked him in the middle of the street to steal an amount of money that, coincidentally, coincided with the payroll that he had just received from his company and that finally had spent on drugs, according to the investigations.

Also Read  Coronavirus: the illegal trade in vaccines and vaccination passports in the dark web

Beyond the picaresque used by whoever invents a complaint of this type, the police remember that it is a crime that is prosecuted and that it is punished with up to one year in jail. Investigators take these cases very seriously, investigating each event reported to the end, as if it had actually occurred, and accusing anyone who dares to pretend to be a crime victim of simulated crime and even fraud.

Those responsible cause “serious damage” to the investigating body, which dedicates “staff, time and means” to clarify these complaints. And not only that, they also cause “harm to the whole of society”, because “the resources of the police and the administration of justice that are used to investigate their complaints are spared other complaints that are real.”