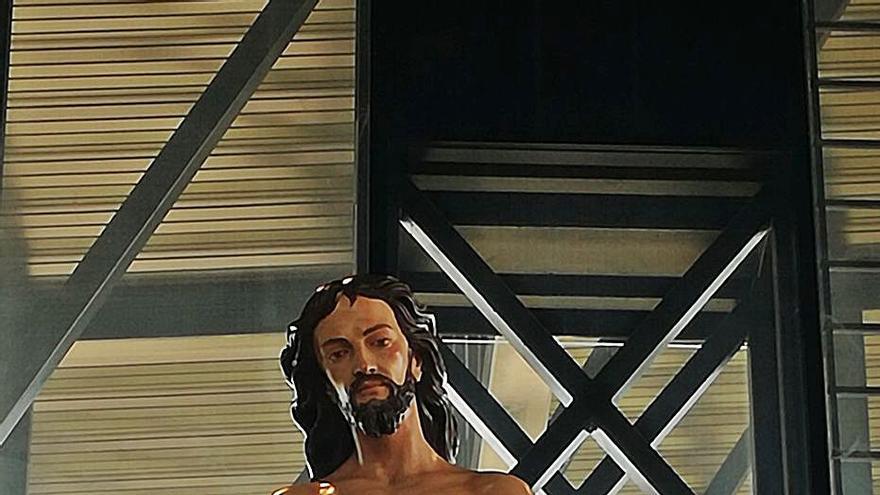 Indeed, Holy Week has been culminating the cycle of the Easter Triduum, with the Vigil this year on the afternoon of Holy Saturday, due to the curfew. And with her, raising the voice of «The Lord is risen! Hallelujah!”.

Sometimes we have wondered why this last word of Hebrew origin, which comes to mean “Praise the Lord”, which is used by the Catholic Church from Easter to the Dominican of the Septuagint. This is a word that in the “Dictionary of Authorities” of 1726, they consider as synonymous with joy, contentment, happiness and full of joy.

All these manifestations have been carried out in our city through actions, of which we are going to remember some of them. Before, the liturgy of the Resurrection was held on the morning of Holy Saturday, culminating with the mass in which when the Gloria was sung, the bells and the cimbalillo were launched into flight, which had stopped ringing after the solemn ringing of Holy Thursday, beginning to use “the rattle.” The purple fronts were removed from the altars and crosses, the curtains and drapes of the same color from the altars, doors and windows, and “hallelujahs” were thrown as colored papers with some allusive phrases. In the 16th century the same printed or stamped items were given away. However, on June 7, 1590, the Cathedral Chapter agreed that because in Valencia and elsewhere they were no longer given, that in the Oriolana cathedral they would not be given, in exchange for a “hallelujah” great, which was not carried out. However, the throwing of hallelujahs from the balconies in Orihuela must have persisted, because in fact, in 1908, “La Iberia” spoke of “the streets carpeted with a thousand little pictures that fall from the balconies forming colored rain.” At the time Antonio García-Molina Martínez told us that they were sold in sheets that were cut out in the houses, and that carried phrases such as, “In Jauja there are no beggars, they are all gentlemen” and “Here is Don Perriplín, the most agile dancer”. I already gave news of all this in “Oleza Semana Santa 1989”, in which a generational change was made in its leadership, passing from Joaquín Ezcurra Alonso to his son Joaquín.

In the same way that the jubilation was also manifested by the throwing of coins at the children from the houses, at the moment that some passerby crossed the street, which was materially overwhelmed by the momentum of the same, producing serious falls.

However, there were other more reprehensible customs when expressing contentment for the Resurrection, such as in 1887, stoning or hitting stray dogs with sticks and whips, especially in the Barrier del Matadero area; the launching of thunder and rockets, as well as wheelbarrows at passers-by. But the most objectionable were the blank shots with pistols “left and right.” On some occasion, it was even denounced by “El Día”, in 1888, that there were people who shot with the whim of hitting an object. The truth is that it was a dangerous and reckless way to celebrate the jubilation for the Resurrection.

In my childhood, it was reduced to parades performed by the cornet and drum band of “Los Armaos” on the morning of Holy Saturday and some launches from the houses of old pots. Thus, until next year when the illusion would return.