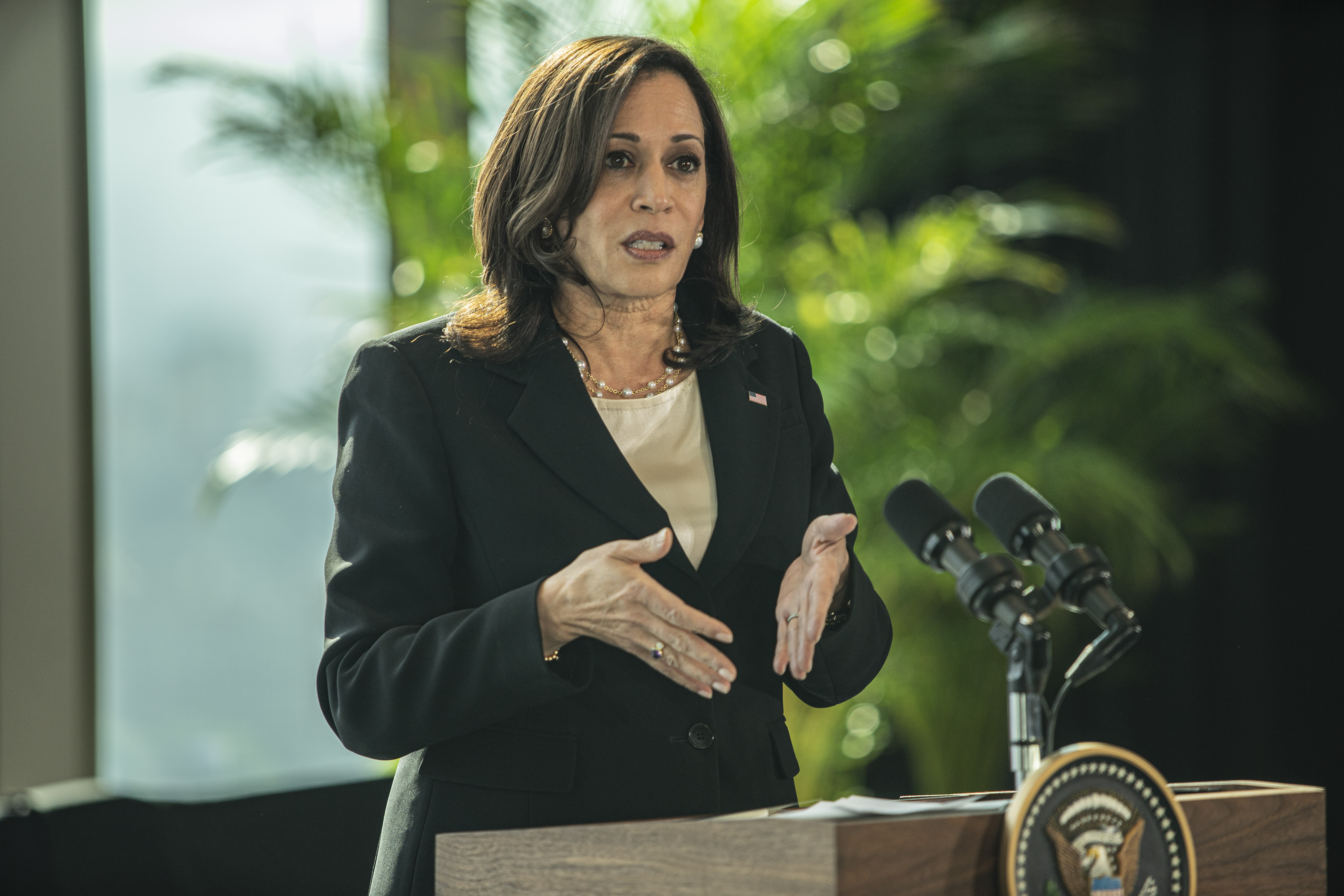 The Vice President of the United States, Kamala Harris, has shown clear support for the press and non-governmental organizations in Mexico and Guatemala on Thursday after the criticism launched by President Andrés Manuel López Obrador, who pointed out to the Cooperation Agency for the Development (USAID, for its acronym in English) as responsible for “financing the coup” by supporting some organizations that the president considers opposition.

Back in the United States, Harris revealed that, during his meetings on Monday and Tuesday with the President of Mexico and Guatemala, Alejandro Giammattei, he asked them to let NGOs and the press in their countries “do their job” without hindrance. . “This is an issue that deeply concerns me, because we want to make sure that there is independence: an independent judicial system, an independent press, and that non-profit organizations, NGOs, can do their work without interference. I made that very clear, “he said during an interview with the agency. EFE.

The US vice president adds that she was “very frank” with the presidents, whom she told she was “concerned about corruption and impunity” in their countries. “I was very direct with each of them regarding those concerns,” Democrat Harris has guaranteed in her telephone conversation with EFE, two days after returning from her trip to the area.

Harris has thus responded to the controversial reform in Guatemala of the law on non-governmental organizations, promoted by the official party and which will enable the unilateral cancellation by state decision of any NGO established in the country. For its part, the Mexican government has complained to the United States for financing organizations such as Article 19 and Mexicans against Corruption and Impunity (MCCI), which López Obrador calls “coup plotters” and “opponents”, and the president of that The country has also received some criticism for its treatment of the press.

The controversy over USAID and its role as a funder has irritated the president who sent a letter calling for an end to this type of support. According to its data, MCCI has received 50 million pesos (about 2.5 million dollars) from the US cooperation in the last three years.

Although it is an apparently minor issue in a bilateral agenda as broad as that of the United States and Mexico, the matter has become an obsession for the president who thus intends to suffocate the organization that has revealed some of the cases. corruption crimes or the NGO Article 19, which has worked to protect dozens of threatened journalists in Mexico. This is the only way to explain the dimension of the terms used by the president in reference to the United States as: “mockery”, “violation of our sovereignty” or “financing of coup plotters.”

The forcefulness in Harris’s statements comes after the harsh criticism received at home after his meteoric visit to Mexico and Guatemala. While Republicans reproach him for not having been on the border – where Trump aspired to build the wall – Democrats criticize the harsh anti-immigration message launched in Guatemala when he insisted that Central Americans “do not come to the United States.” One of the harshest was the senator from New York, Alexandra Ocasio Cortez, who criticized leaving aside the causes of emigration. For his part, in Mexico, López Obrador valued the visit of Harris very positively, about whose meeting he said had gone “very very very well.” Finally, USAID’s controversial presence in Mexico did not come to light among the delegations, although it did so indirectly. Despite López Obrador’s criticism, the agreement signed on Tuesday to address the migration issue will be handled by the US agency and the Mexican government will paradoxically from now on from USAID receive funds, training and equipment for its surveillance.