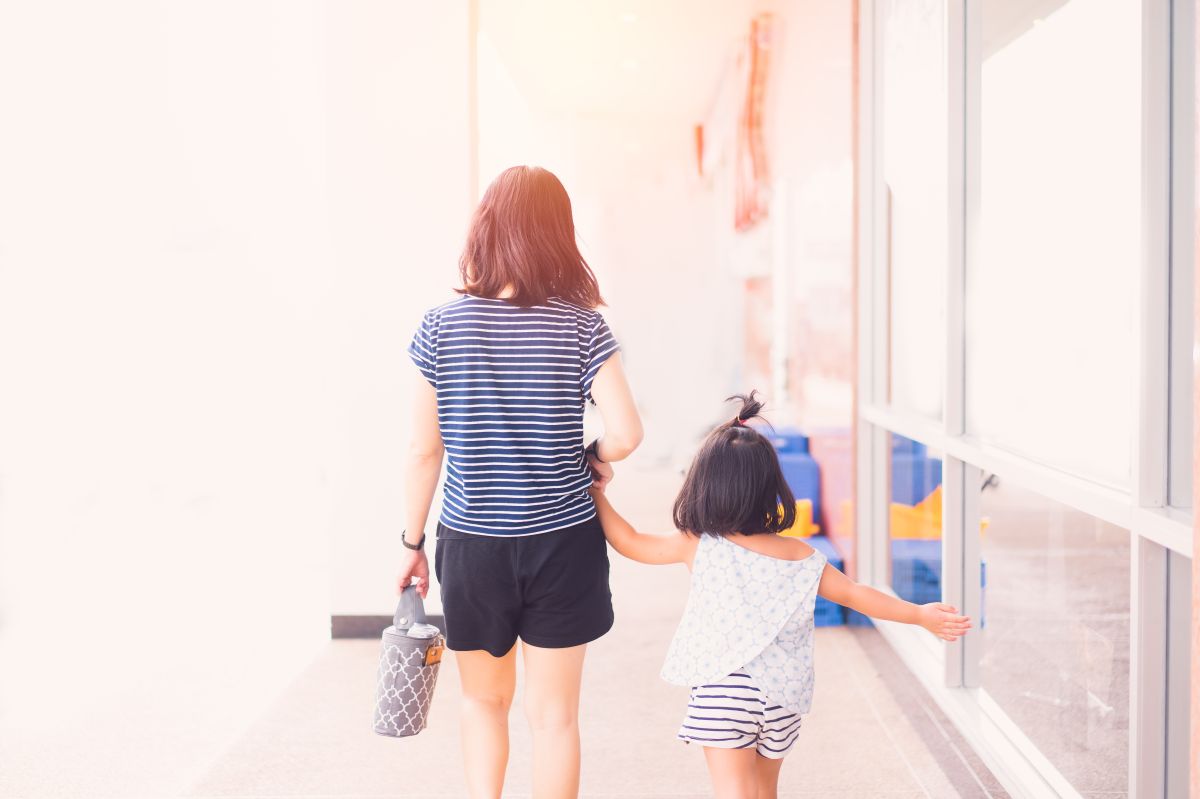 A young California mother named Katie Sorensen had thousands of followers on Instagram and became more notorious after In this social network, she published 2 videos in which she narrates how supposedly last December, she and her family would have been harassed by a Hispanic couple, who had in mind to kidnap their children.

Sorensen, who lives in Sonoma, a town that is about 63 miles from Sacramento, posted on Instagram 2 videos that together added almost 5 million views and in which he recounted the “moment of horror” he experienced when at the end of the year visited a Michael’s decoration store, in the city of Petaluma, in San Francisco.

According to the mother, it was there that she and her family were approached by a Hispanic couple, who allegedly tried to kidnap their 4 and 1-year-old children.

“My children were the target of an attempted kidnapping, which is such a strange thing to say but it happened and I want to share that story with you,” said Sorensen in one of the videos he recorded with his cell phone and uploaded to Instagram, whose account is now private.

Katie Sorensen says strangers tried to kidnap her kids outside the Petaluma @MichaelsStores after following them around inside. Her @instagram video (partial here) has hit 2M views. @petaluma_police investigating. She & @PollyDad speak out to @KTVU 5:15, 6:15, 7:30 p.m. pic.twitter.com/cG0wnm2JgQ

“They didn’t necessarily look flawless. I was uncomfortable with them, “she said at the time, adding that she was” totally paralyzed with fear. “

Katie Sorensen says strangers tried to kidnap her kids outside the Petaluma @MichaelsStores after following them around inside. Her @instagram videos https://t.co/EJOakaAPfE have hit 2M views. @petaluma_police investigating. She & @PollyDad speak out pic.twitter.com/j4Qt7hYmue

So, the local police started an investigation into this fact, thus identifying the Hispanic couple, Sadie and Eddie Martínez, who defended themselves against said accusations, which was endorsed by the authorities.

The Martínez family went that day to the craft store to buy a figure of the Child Jesus along with their 5 children and even pointed out that Sorensen had committed acts against them of racial discrimination.

After several months of research, a judge determined that the Hispanic couple is completely innocent and that Sorensen lied in his statement, so now she could spend several months in prison.

“We are very happy with the news. Things like this happen, and we wondered for a while if he would ever face charges, “Sadie said in an interview with Telemundo.

“Do we look like kidnappers? It is funny. We have 5 Latino children, we do not kidnap children, we have many ”, he added.

Next week, Sorensen must appear in court after being charged last Thursday with 2 misdemeanors that carry a maximum sentence of 4 months in jail, according to the Sonoma County District Attorney’s Office.