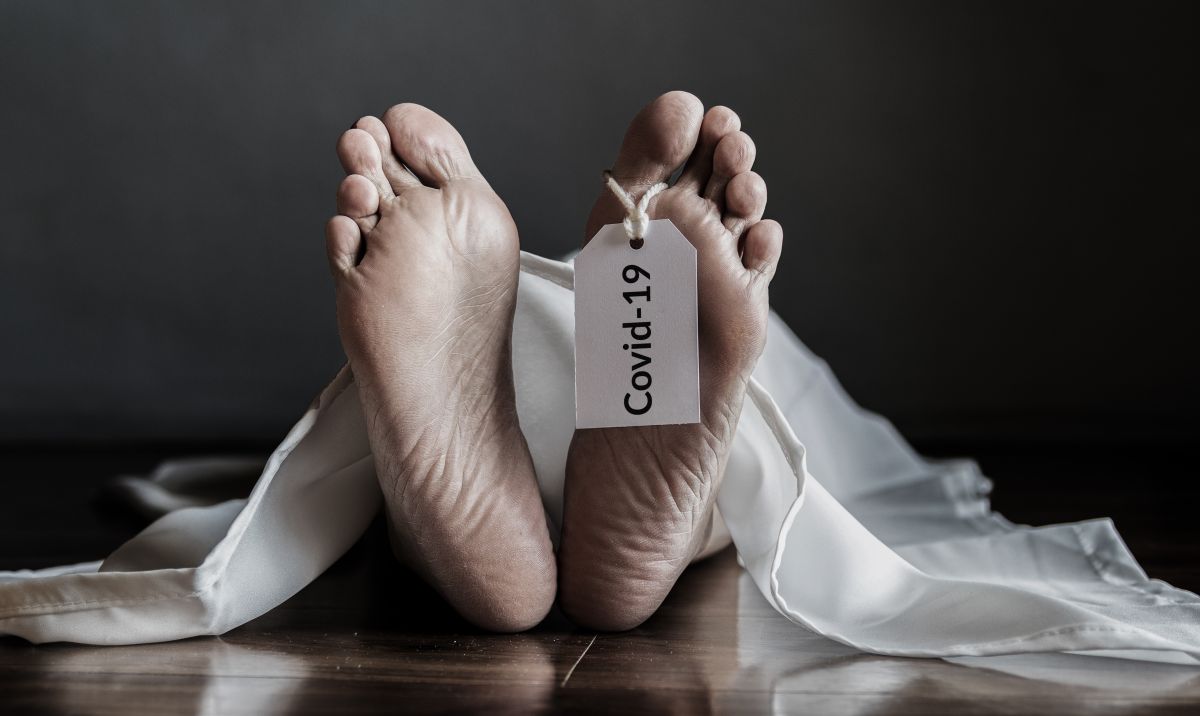 A 98-year-old man named David Saunders became one more victim of the coronavirus pandemic, which to date has claimed the lives of a little more than 752,000 people in the United States and about 5 million worldwide.

On the death of David, a Louisiana war veteran who fought in World War II, his family, following the dictates of his last will, decided that they would donate his body to science, so they immediately got in contact with Med Ed Labs, a company based in Las Vegas, who promised that the man’s remains would be used for research that could contribute to the advancement of medicine.

But what they never knew is that Med Ed Labs would decide to put Saunders’s remains to a different use, without notifying him or asking his family for authorization, because they sold them to a group called Death Science, a company dedicated to organizing face-to-face and online courses on forensic anthropology, autopsies and, in general, the handling of corpses and matters related to the dead.

That was how el last October 17, during one of their events organized at the Marriott hotel in Portland and for which they charged $ 500 to each attendee, they showed how to do, live and direct, an autopsy and dissection of a human body, using the Saunders corpse.

“It really saddens me that this gentleman was not treated with dignity and the respect he deserved and what he thought and his family thought was happening to his body,” said Mike Clark in an interview for KING 5, director of funerals in Baton Rouge, Louisiana, and that he was in charge of preparing it for delivery to Med Ed Labs.

Also Read  The indiscreet life of the Italian capo who claimed to be a fruit seller in Galapagar: "He beat the councilman who closed his pizzeria"

“I was totally horrified. All our staff are terrified of what happened to this man, because both he and his family thought that his body would be used for the advancement of medicine, “he added.

Jeremy Ciliberto, founder of Death Science, stated that Saunders always knew that his body would be used in medical research; However, the controversy arises because of the way in which the corpse was used and that the dissection was carried out by a retired professor of anatomy, in an event that was cashed, for which the family of the old man considers that they profited from the remains of David.

Clark indicated that his funeral home has stopped working with Med Ed Labs and an administrator of this company, Obteen Nassiri, said that Ciliberto was “more than dishonest” because he would have told them that the body would be used in a medicine class.

In addition, little by little details of what happened have come out. The dissection of the corpse of the war veteran was carried out within the Oddities and Curiosities Expo, an exhibition that is defined as an event that “shows vendors, merchants, artists and small businesses from all over the country with all kinds of strange things. You will find taxidermy objects, preserved specimens, antiques, weird crafts, medical quackery equipment, spooky clothing, weird jewelry, skulls and bones, funerary collectibles and much more. “

Another thing that remains to be clarified is why Med Ed Labs gave Death Science the body of a deceased person from Covid-19, given that the remains would be potentially infectious and risky for whoever came into contact with them.

Investigations into the case have also found that this organization paid the Las Vegas company just over $ 100,000 for each body delivered to them.

* University student in the United Kingdom commits suicide from the bridge thinking that he had not passed the exam, but the notice was incomplete and he had passed the test
* One-third of Americans say close friends or family have died from covid-19
* Baby corpse found in home garden in Guanajuato, Mexico; his father confesses to having killed him