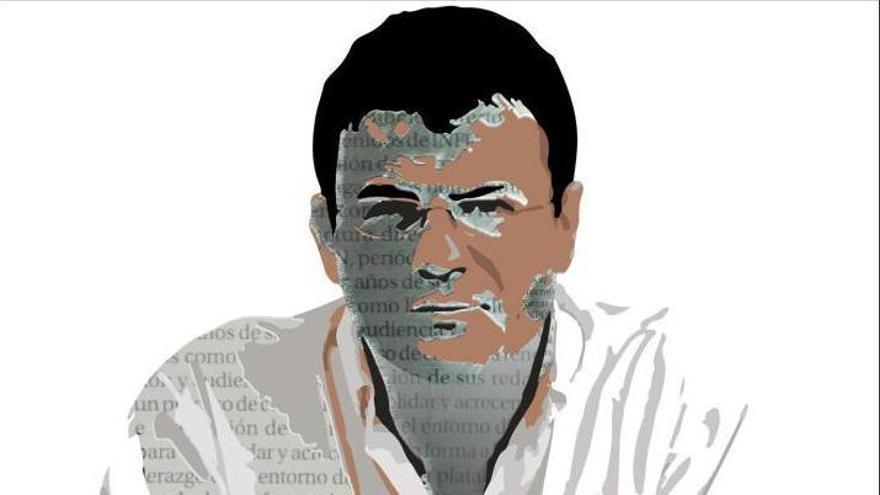 A conversation about binary numbers, tuning the ear so that nothing escaped understanding between the high volume of music that was emitted by the speakers of the Noah, a fashionable place on a corner of the Post Office square back in the 90s, ended up confirming a couple of concepts that ran through his head: the first reaffirmed that he was before the man of his life – at that time her boyfriend – Andrés Torrubia, a young telecommunications engineer who aimed high in the technological world; the second turned on the light to incorporate informatics and computer science into his profession, medicine, a career that he had crowned with the specialty of oncology.

At that time, Aurelia Bustos Moreno, second daughter of José and Aurelia -a couple from Jaén who shortly after getting married left Pozo Alcón, a small town in the Sierra de Cazorla, to make their dream of living by the sea in Alicante come true- already He had more than assumed the culture of effort, so he did not hesitate to start his second career studies, computer engineering, to put the new methods offered by technology at the service of medicine.

At that point, in addition to accumulating countless hours as a young oncologist in endless guards of the hospitals of San Juan, Vistahermosa and Elche, Aurelia had also incorporated music into her academic training, upon completing her classical guitar studies at the Alicante Conservatory under the supervision of José Tomás, one of the great guitar teachers of the last century, contemporary of Andrés Segovia and a reference, among others, by David Rusell.

In fact, she even dreamed of becoming a professional guitarist (“you have a future,” José Tomás encouraged her while she was in the eighth grade of classical guitar at the Conservatory), however, medicine weighed more, a career that completely caught her during her practices at hospital, after coming face to face with aberrant diseases, including AIDS, which at that time was riding in full swing with massive infections and severe symptoms.

The discreet winner | AUTHOR OF THE ILLUSTRATION: MATYLDA ZDEBA (FACULTY OF FINE ARTS OF ALTEA. UMH)

That clash with harsh reality led his steps towards investigation. Thus, encouraged by her husband and by her old relationship with numbers and mathematical formulas -with which she became so fond during her childhood at the Teresianas school in Alicante thanks to the fervor that permeated the teaching of Professor Rosa Álvarez- she decided to get involved fully in the online study of computer engineering to progress by uniting both fields -technology and medicine- in search of patient relief, a goal that he always raised as the greatest of rewards.

After obtaining the new degree at the Open University of Catalonia (UOC), he completed the academic record with a doctorate in Artificial Intelligence at the University of Alicante. And, fully immersed in this field, she founded Medbravo, an open online platform that facilitates cancer patients access to the appropriate clinical trials for each case through a digital network of hospitals in coordination with doctors and researchers.

The fact of launching Medbravo in English provoked a first massive reaction from the Anglo-Saxon market, the United States and England, preferably. At that time, the application served as a bridge with patients to find the best and closest centers for the clinical trial on the tumor they suffered.

Medbravo’s irruption on the Internet was a revolution in this field. In 2015, the application was selected in the top five among more than 300 European starups, highlighting its ability to respond to a real need to shorten the path of cure in the field of oncology. The success opened doors to evolve by creating a live laboratory in Murcia, connected to several hospitals in the country. From that experience the need to expand the number of tools for researchers was drawn. And, in parallel, the performance of genomic tests on tumor tissue was offered as a service to perform precision medicine, which translated into an increase in the supply of clinical trials.

Another of the crucial steps of Aurelia Bustos through Medbravo appeared in the field of Artificial Intelligence, by opening up to multiple projects such as medical imaging, computational pathology and artificial vision to predict molecular prognostic factors from tumor tissue, without the need to go to expensive laboratory tests.

Absorbed by Medbravo, Dr. Bustos decidedly committed to research putting all the meat on the grill with various projects, including the secondary use of the data generated in daily clinical practice in order to get the most out of it. In this area, we are working with the General Hospital of Alicante and its clinical pharmacology service to create a control panel capable of exploring data in real time at the service of doctors.

Today, with the information systems already established, with the computational data model in place, it has also focused on covid-19 with a scorecard so that doctors can analyze the epidemic more specifically.

In fact, there are three projects launched by his team in this era marked by the pandemic. The first, an open source initiative, the Open Coronavirus, a mobile application aimed at covid. In that plan, he collaborated with several colleagues going quite far, although thorny issues related to privacy ended up putting him on hold.

Another of the initiatives revolves around the diagnosis and early detection of pneumonia from chest X-rays, a branch in which she is especially familiar as it is an important part of her thesis. In fact, in the image bank of the Valencian Community, under the supervision of Marian de la Iglesia as main researcher, it has been possible to create a database that today is the largest of the covid in chest films worldwide. Such achievement has sparked a barrage of interviews with research teams. Even the RSNA, an American radiology agency that deepens in competitions of predictive models, has shown its interest in training these models with the detection images of covid-19.

The third project deals with clinical pharmacology, to study which drugs have offered the best results during the epidemic, in addition to ensuring their rational use.

A symbol of the world’s leading research, Aurelia Bustos has fortunately not been forced to emigrate to complete a task admired all over the planet. Here she is, at her home in El Campello, with her husband and son, continuing her parents’ dream: to work and live by the sea.