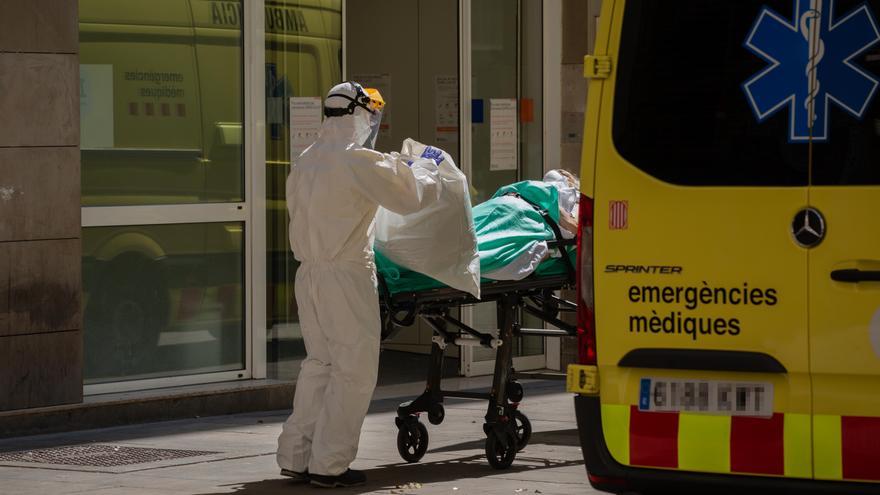 The autonomous communities have notified the Ministry of Health on Tuesday 6,623 new cases of COVID-19, 4,103 of them diagnosed in the last 24 hours. These figures are higher than the same day last week, when 4,994 positives were reported.

The total figure of contagions in Spain now rises to 3,317,948 since the start of the pandemic, according to official statistics. The cumulative incidence in the last 14 days per 100,000 inhabitants is at 164,71, up from 163.37 yesterday. In the past two weeks, a total of 78,154 positives have been registered.

In this Tuesday’s report 128 new deaths have been added, compared to 106 last Tuesday. Up to 75,911 people with a positive diagnostic test have died since the virus arrived in Spain, according to data collected by the Ministry.

In the last week 237 people with a diagnosis of COVID-19 have died positive confirmed in Spain: 41 in Andalusia, 18 in Aragon, 14 in Asturias, none in the Balearic Islands, 12 in the Canary Islands, three in Cantabria, five in Castilla-La Mancha, 22 in Castilla y León, five in Catalonia, three in Ceuta, four in the Valencian Community, three in Extremadura, 17 in Galicia, 68 in Madrid, four in Melilla, ten in Murcia, two in Navarra, two in the Basque Country and four in La Rioja.

Likewise, they have registered 222 admissions to intensive care units (ICU) in the last seven days (30,182 since the virus reached Spain): 39 in Andalusia, 13 in Aragon, nine in Asturias, none in the Balearic Islands, eight in the Canary Islands, 10 in Cantabria, four in Castilla-La Mancha, 11 in Castilla and León, 11 in Catalonia, two in Ceuta, six in the Valencian Community, three in Extremadura, 17 in Galicia, 70 in Madrid, five in Melilla, three in Murcia, ten in Navarra, none in the Basque Country and one in La Rioja.

Between March 27 and April 2, the autonomous communities have carried out 620,305 diagnostic tests, of which 393,145 have been PCR and 227,160 antigen tests. The total positivity rate continues to grow, standing at 7.23 percent, up from 7.04 percent yesterday.

Also Read  COVID: 5 places with the highest risk of contagion at this time of the pandemic