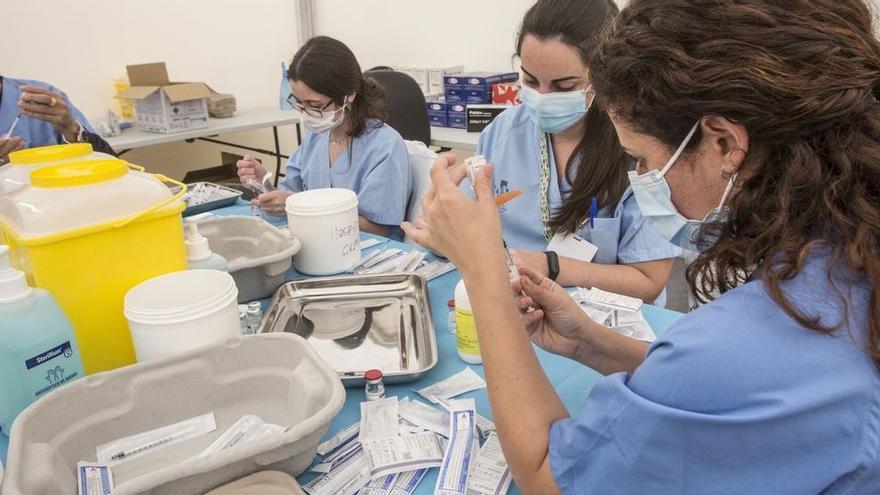 Regarding the vaccination process itself, the European Medicines Agency (EMA) has been accused of slowness in processing authorizations, with the consequent subsequent start of the campaign, but it is important to bear in mind that, unlike the British and In the United States, the EMP does not have an emergency procedure because the member states did not want to grant it this competence. Regarding the rate of vaccination, and without prejudice to the shortcomings of the European strategy and its implementation, which we will analyze later, the most popular (and erroneous) statistic measures a single injection, and thus other countries appear extraordinarily advanced with respect to the European Union. But as it is known, both the Pfizer-Biontech vaccine, as Moderna, and AstraZeneca, require From dose to obtain immunization. Well, using the correct measure, both the EU and the United Kingdom have immunized 5.3 percent of the population, with countries such as Italy and Spain more advanced (5.4 and 6.1 percent, respectively). It must also be taken into account that London has not respected the deadlines between the first and the second injection, to maximize the first round, contrary to protocol, which is not a trivial question.

Certainly, the European strategy, a fundamental pillar of the health union, has suffered a severe blow from the supply point of view due to the repeated breaches of AstraZeneca, which is not the case, in general, of the rest of the suppliers. Pfizer-BioNTech and Moderna comply with the provisions of the agreements. In both cases, the European Commission also confirmed an additional purchase of 300 and 150 million doses respectively. Which contrasts with AstraZeneca: of a total of 300 million doses to be delivered during the first half of 2021 (January-March), 30 million were delivered (with a previous forecast of 90 million). Similarly, in the second quarter (April-June), 70 million of the 180 planned have been promised, of which even 30 percent have not yet been supplied in March. It is particularly hurtful that, instead, this company has fully kept its commitments to the UK. As I pointed out in my collaboration on February 7 of this year, the European Commission is already preparing legal actions against the Anglo-Swedish multinational.

It should also be noted that some countries, such as Austria, but not only, bought more doses of AstraZeneca, and diversified their portfolio less, because they were cheaper, which is why they have suffered more from the lack of supply. In any case, it is imperative to increase vaccine production capacities in the EU, without ruling out the use of compulsory manufacturing licenses or the suspension of patents. So far, there are 60 vaccine production centers around the world, of which 40 are in Europe. However, the production of BioNTech, Moderna and AstraZeneca depends, to a large extent, on non-EU countries. Pfizer-BioNTech, after having already expanded the largest production plant on the continent, in Puurs (Belgium), has invested efforts in setting up a plant in Marburg (Germany), a medieval city with a tradition in the creation of vaccines, to ensure production an additional 250 million doses for the first half of 2021. The production needs of updated vaccines against new variants must also be considered.

Another factor to take into account is the fact that the European Union has allowed the export of vaccines to the rest of the world, reaching 40 million doses distributed in 33 different countries, of which 11 million were sent to Great Britain. On the contrary, the United Kingdom has not destined a single dose to the EU, while the United States has not allowed export to the rest of the world. I believe that the EU has acted correctly in general, contrary to the Anglo-Saxon world, in continuing to supply vaccines to third countries, since the pandemic is global and solidarity is one of our values. For this reason, COVAX, the international mechanism in which the EU is the main driver, and whose objective is to guarantee fair and equitable access to vaccines against Covid-19 in low- and middle-income countries around the world, is It has already materialized in supplies to 23 countries of the 92 that it intends to help. That is why I believe that this initiative deserves the Princess of Asturias Award for International Cooperation. We must also bear in mind that protectionism is a double-edged sword, since we need raw materials for the production of vaccines that must be imported. But what is clear is that you cannot be naive and export to developed countries that do not act with reciprocity, such as the countries mentioned above, which the European Council confirmed on March 25, and particularly the vaccines produced in Europe by a defaulting company. Italy was right to recently stop a shipment of 250,000 doses of AstraZeneca to Australia, and to detect and seize a stock of 29 million doses that, in part, appears to have been destined for Great Britain. Meanwhile, the EU is asking the Americans for authorization to export both doses and raw materials for domestic production.

But the limited supply has not been the only factor, but the slowness or mistrust in dose administration in some Member States has also had a significant influence, for which the EU cannot be blamed. While in Spain there is very little difference between doses received and administered, the Corriere della Sera stated on March 8 that, out of a million and a half doses received, just over five hundred thousand had been administered, a difference that would not be justified even if all these were first doses. In France there is a strong and worrying anti-vaccine trend. Hundreds of thousands of AstraZeneca doses have also been left undistributed in many Member States due to unfounded claims about its ineffectiveness in older people or its alleged side effects, and the consequent unilateral suspension of administration measures by some States, against the criteria of the AEM.

Meanwhile, Russia and China continue their vaccine diplomacy. Some Member States play their game by making a dent in European solidarity. Hungary purchased vaccines from both countries (5 million Russian and 2 million Chinese), which do not have authorization from the WEA. The decision to import doses of Sputnik V has caused the downfall of the prime minister in Slovakia. But the truth is that appearances can be deceiving and that these countries are simply engaged in a global propaganda campaign. So far, more than 50 countries in different parts of the world, especially in Latin America, have ordered millions of doses of Sputnik-V. However, in Russia the exact data of the vaccination campaign are unknown, but according to the New York Times On February 19, 2021, the current internal distribution does not cover even the entire healthcare staff, for example. As published by the Financial Times On February 27, 2021, Africa will buy doses from different pharmaceutical companies, with Sputnik-V being the vaccine that it will pay at the highest price.

As for China, despite being the first country to start vaccination, in July 2020, and being the second country in the world with the largest supply of doses to its population, it does not foresee being able to vaccinate all the inhabitants before 2022. At the beginning of February 2021, it had administered up to 40.5 million doses in different countries, but only to 3 out of 100 of its inhabitants. The lack of information on laboratory tests and ignorance of the side effects of vaccines leads the population to reluctance to be vaccinated. Even hospital medical personnel are skeptical. However, the country plans to allocate 500 million vaccines to bilateral agreements with other countries and 10 million doses through the COXAV initiative.

Regarding communication, there has also been some improvement in Europe, when President Von der Leyen confirmed to me in a letter dated February 23 in response to my request on this matter, “that pharmaceutical companies have agreed to add the EU emblem in the boxes of the doses of the vaccines ”, adding that“ some media have already shown these images ”. What is evident is that beyond the problem caused by AstraZeneca, and from which lessons must be drawn for the future, only united as Europeans can we successfully develop this unprecedented general vaccination campaign, which must be corrected and increased. Undoubtedly, the expansion of European competences in this matter will be one of the main topics that will be addressed by the Conference on the Future of Europe, which is scheduled to start on May 9, 2021.