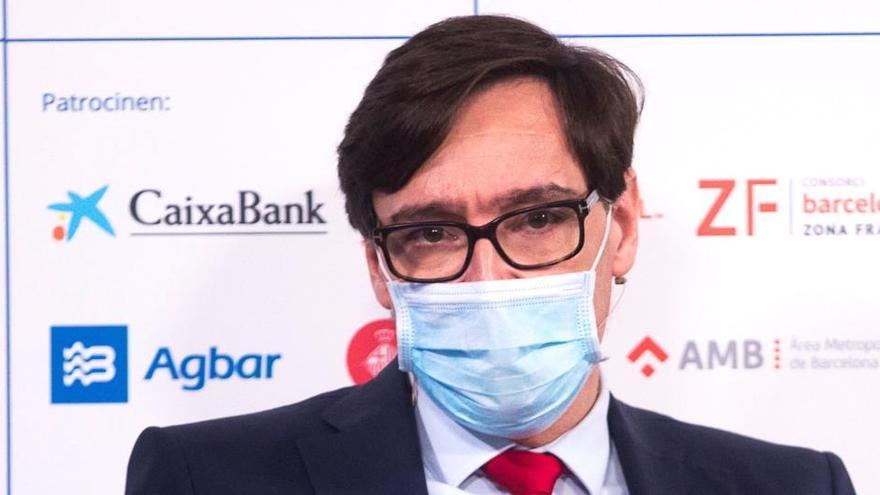 The Minister of Health, Salvador Illa, assured this Friday that Spain, within the framework of the European strategy, will buy more covid vaccines than it needs to “play it safe” and that the forecast is that the first doses can be administered at the beginning of the year.

Illa has participated in the 25th edition of the S’Agaró economics conference, held this Friday exceptionally at the Palau de Mar in Barcelona, ​​in a hybrid format, in person and online, due to the situation of the pandemic,

Accompanied by the first secretary of the PSC, Miquel Iceta, Illa stressed that the pandemic situation remains “very complicated”, because although signs of “stabilization” appear, “going down -the curve- will cost even more”, he warned.

“There is a long and hard period ahead”, he said., in which the fight against the coronavirus will continue to involve “reducing mobility and contacts.”

In this sense, Illa has supported the measures that are being applied currently in the autonomous communities, ruling out that “more drastic” restrictions have to be taken.

Yes, has asked for “a point of temperance” and not to change the restrictions before “two or three weeks”as that is when the effects are seen.

Regarding vaccines, he stressed that the common vaccination strategy of the EU will allow member countries to compare seven different vaccines and to be distributed equitably between states, without sacrificing “safety in any case.”

Within the framework of this European strategy, Spain has seven vaccines on the horizon: those prepared by Sanofi, Janssen, Astrazeneca, Pfizer and BioNTech, with which the European Commission has already signed acquisition contracts; and those of Novavax, Moderna and Curevac, whose signature is “imminent”, Illa has advanced.

“We will buy more vaccines than we need, because we want to be safe. We will buy the entire batch, to be sure that we have the first vaccines and all the technologies and, if they are left over, in an exercise of solidarity, we will provide them to countries that may need them, “said the minister.

He has predicted that, “most likely early next year”, Spain will already have “one or more vaccines”, which will be administered to the population according to a vaccination strategy which will foreseeably set priority groups and which will be announced “in the coming weeks.”

This strategy will be set by a “eminently technical” group of experts, along with the autonomous communities, highlighted the minister, who despite not offering more details has guaranteed that the administration criteria will be “the same throughout Spain and ideally throughout Europe.”

With this strategy, the forecast is that “around May there will be a sufficiently relevant number of people” vaccinated, with which “the pandemic will not end”, but it will be possible to move to a “different stage that allows to substantially lighten some of the “restrictive measures,” said Illa.