Dozens of people have died in less than a week in Canada amid an unprecedented heat wave that is breaking temperature records.

This Tuesday, the thermometers reached the 49,5°C in the town of Lytton, located in the province of British Columbia, for the third consecutive day.

The consequences have been dire: since Friday, the police of the port city of Vancouver has had to attend to more than 130 sudden deaths. Most were elderly or in poor health, and the heat was a determining factor.

The phenomenon has crossed Canadian borders. The northwestern United States has also recorded record highs and a series of fatalities.

The cause of this wave corresponds to a “heat dome” of static hot airO high pressure (acting like the lid of a pot) that stretches from California to the Arctic territories. Temperatures are lower in coastal areas, but inland regions have little respite.

Before Sunday, temperatures in Canada had never exceeded 45 ° C.

Experts say that climate change is expected to increase the frequency of these extreme events. However, it is complex to link what is happening in Canada today with global warming.

The head of government of British Columbia, John Horgan, said this intense heat has had “disastrous consequences for families and communities.”

In Vancouver alone, the heat is believed to have been a contributing factor to the unexpected death of 65 people since Friday. 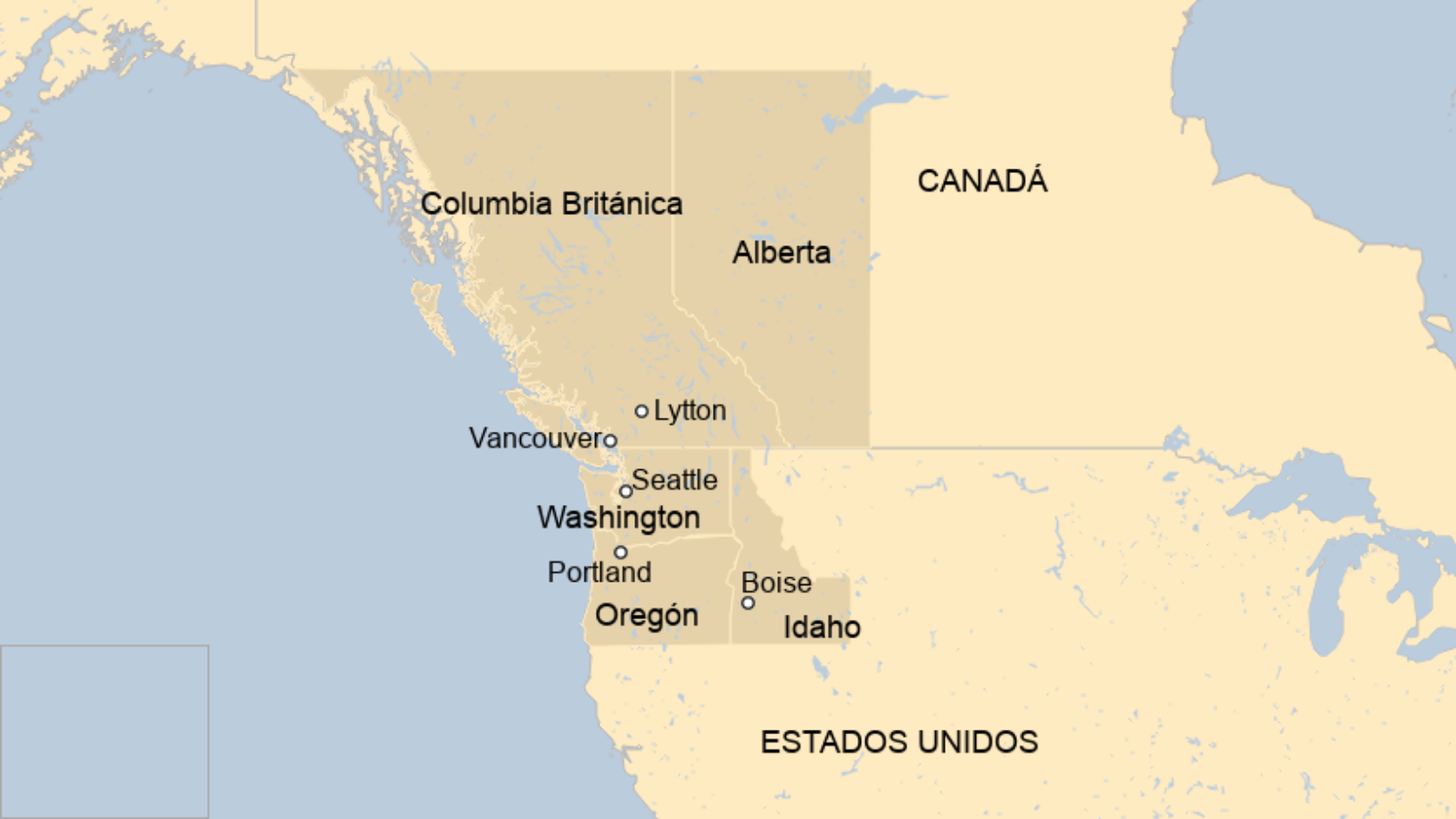 The death toll is likely to rise as some areas say they have responded to sudden death incidents, but the numbers have not yet been compiled.

“I have been a police officer for 15 years and have never experienced the volume of sudden deaths that occurred in such a short period,” said Police Sgt. Steve Addison.

The officer added that people came to the homes of their relatives and “found them dead.”

For her part, the Chief Coroner of British Columbia, Lisa Lapointe, said they had reported 100 more deaths than normal in the period from Friday to Monday.

Meghan Fandrich, who lives in the town of Lytton, about 250 km east of Vancouver, said it has been “almost impossible” to leave her home.

“It is intolerable,” he told the Canadian newspaper. Globe and Mail. “We try to stay indoors as much as possible. We are used to the heat, and it is dry heat, but 30 degrees is very different from 47.”

Many homes in the area do not have air conditioning, as temperatures tend to be much lower during the summer months. Therefore, temporary water sources and cooling centers have been installed in Vancouver.

Emergency in the Northwestern United States

In the United States the situation is similar: this Monday temperatures reached 46.1 ° C in Portland, Oregon, and the 42.2 ° C in Seattle, Washington. According to the National Weather Service, this represents the highest levels since records began in the 1990s. 1940.

At least a dozen deaths in Oregon and Washington are believed to be related to the heat wave.

Also Read  Barça beats Murcia with a great second half

The Seattle Doctor, Jeremy Hess, he told the newspaper Seattle Times that the number of patients admitted with heatstroke was comparable to the start of the covid-19 pandemic.

Kidney or heart problems, and even third degree burns from walking on asphalt in the case of a man, are some of the ailments with which these people have been admitted to hospitals.

In addition, the heat has been intense enough to melt cables. Portland’s streetcar service, in fact, had to shut down Sunday due to operational problems.