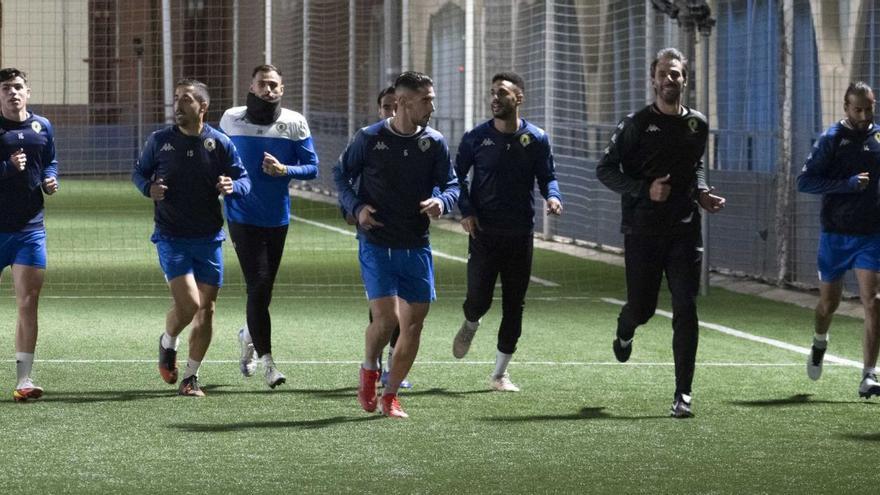 Resignation. Hercules has been unable to train on natural grass in Melilla. It will not do so in any of the two sessions scheduled in the autonomous city, neither in the one last night, at 8:00 p.m., nor in the one this morning, set for 12:30 p.m. It will not even be possible to do it in the same field. The haste with which the North African displacement was organized – due to the RFEF’s refusal to plan the trip – has caused a series of unfortunate consequences that harm the team, which is at stake again, this time against the team led by Manolo Herrero , which precedes the Blue and Whites in the classification, with one point more than the Alicante.

The Herculaneum department in charge of organizing the trips learned late that the RFEF, unlike what it had done in all previous years, was not going to be responsible for the extra-peninsular transfer of the Hercules. In reality, he never noticed it, he limited himself to communicating it when the blue and white person in charge of this administrative management called to claim the plane tickets, as this worker had done in previous seasons.

The Hercules squad is waiting to get on the plane that transferred him yesterday to Melilla from Malaga. | HCF Pedro Rojas

The debt without paying off (and without renegotiating) with the Treasury and Social Security is the cause that the Federation suddenly clings to in order not to assume the protection of transport. It does so because it is among the necessary requirements to be able to receive the subsidy that is granted to cover the extra expense of playing on the islands. The Hercules was aware that he could not claim the help. What he did not count on is that this also entailed the obligation to organize the trip on his own. Until this year, the RFEF, through its Travel Department, was responsible for ensuring the celebration of the day, which included guaranteeing the presence of the visiting team on island soil.

Sergio Mora’s team, forced to travel 100 kilometers every day to train in Callosa on natural grass while he was unable to use Foncalent due to the reseeding of the grass, is now in Melilla condemned to exercise on two different synthetic surfaces before the match of the Sunday at the Álvarez Claro municipal stadium. Under these conditions, the risk of injury grows exponentially. The blue and white asked the Sports Council of the autonomous city to be able to go to a natural field. The person in charge of scheduling the displacement called the Melilla governing body during the week, but it has not had time to reorganize the shifts to guarantee the use of an installation with grass grown from seeds. The federative rudeness has caused, among other annoyances, that the blue and white team spend two nights in Melilla, when, as a rule, all the clubs only spend the night once.