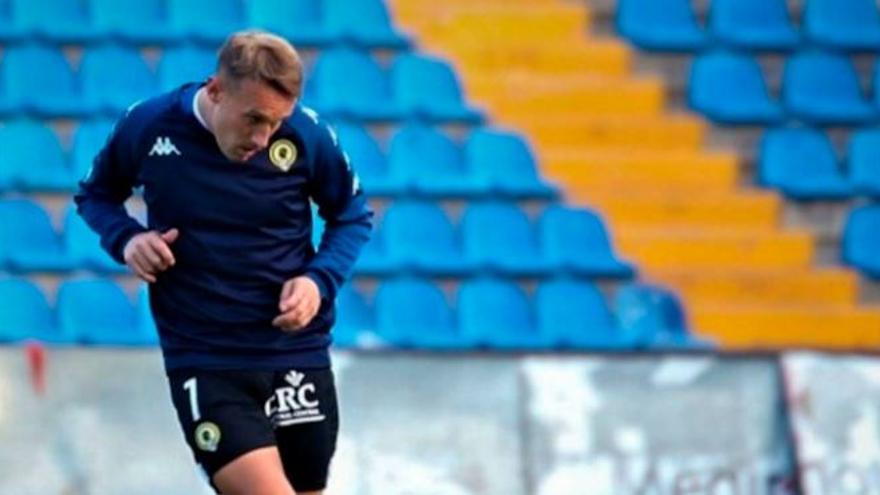 Three changes. Two required and one logical. Aketxe will return to eleven after serving his suspension match. José Manuel Fernández and Nico Espinosa will cover the absences of Diego Jiménez, suspended, and Raúl Ruiz, injured in the first half at Mancha Real. The rest, immutable. Hercules closes the year at Rico Pérez (5pm, Footers). It does so, predictably, with the best entry so far in cursoy, of course, forced to add the three points so as not to lose the trail of the two clubs that set the pace for the group, La Nucía and Intercity.

It is the last official game of a 2021 that has not been able to reconcile the club with its history. To achieve this, you need to get out of the fourth category as soon as possible. The shortest path is the lead at the end of the regular phase, and to qualify for this he is obliged to add three at a time. Today’s is a suitable duel to materialize it.

Alicante visits the Club Deportivo Toledo, penultimate, without an effective attack system, with a defensive one that makes water everywhere, which has finished 10 of the 15 days losing its matches, which has only scored 10 goals and has conceded more than double . The team of Javi Sánchez, the second coach of the season for the Verdiblancos, is choking the second parts.

His endurance capacity, judging by the data, barely gives him 45 minutes to fight. Then it is shipwrecked. He opens holes in defense and gives ground to his opponent. In those circumstances, the compact block that Sergio Mora has managed to articulate in recent weeks is a dangerous enemy.

Everything is urgent in Toledo. Anxiety, fear, need. In Alicante, although the pressure does not stop, the evident improvement in the game has given a certain stability and regularity to a project that only wins at home.

Linking the fifth, in addition to beating the mark of Lluís Planagumà, which is anecdotal, will be worth to enter the league break in a position conducive to assault the leadership before closing the first round, in Marchamalo (current bottom), around Christmas, on the second Sunday in January. The key to sealing it is very basic: physical presence and talent. Combining the two qualities that the Madrid coach has been able to bring out in his team is the easiest way to overcome a Castilian team in which doubts permeate everything.

Former Murcian Adrián Jiménez, injured in November, remains unavailable. He underwent surgery to fix a meniscal tear and is still convalescing. Recently promoted, the constant economic problems that the green entity periodically suffers, which links institutional crises without a continuity solution, have it mired in a long crisis from which it seemed to have recovered last summer, when it celebrated its entry into the Second RFEF. The four stumbles with which the new category premiered have conditioned it. Toledo have only won two games, one of them against Levante B, away from home. It is not a fearsome enemy, it is true, but without the right attitude, the enormous distance between the two projects will not be evident.