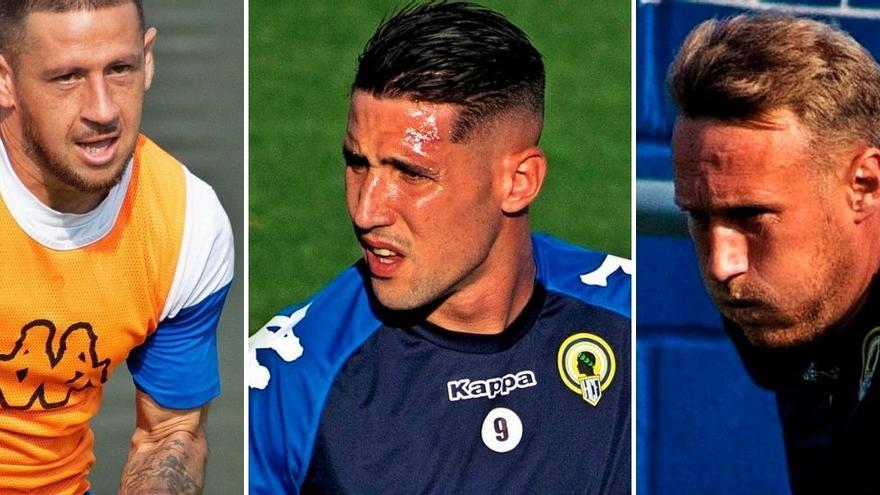 The system evolves … and the players, too. They do it at different speeds, but with the same purpose. It is so unusual to see him in the Hercules, that, in sports, there can be no better news. The three “nines” signed to return Hercules to the third national category are available to start for the first time since this season began … more than a month later.

Javier Acuña, Isaac Aketxe and Raúl González can occupy some of the two places that Sergio Mora reserves to crown his most offensive 4-4-2, the one he uses when he plays at home. Three differential forwards in the League, different from each other and complementary in the development of both the offensive and defensive phases. The profile that best suits the way of understanding the game advocated by the ideology that Mora and Del Pozo have shared since they were hired is that of “Toro.”

The Paraguayan, powerful, fast, mobile, intense and aggressive, is called to be the reference above, the scorer. It should have been last year, but the injuries did not let him. He is prepared, he shows his ambition and his dedication in training brings him closer to ownership, the first in more than 8 months. The dream of returning with all the consequences is about to be fulfilled for the Paraguayan, an example for his teammates and an icon of involvement for the stands, which has awaited him since he dressed as a blue and white for the first time just a year ago.

The normal thing would be that Raúl González, indisputable since the start of the championship, would accompany him in that first line of pressure. His ability to create spaces, receive from behind and assist within the area with his excellent vision of the game, make him ideal to share space with Acuña. Last Sunday he released his score sheet, and he did it twice. The streaks of the forwards, like all, come and go, now that he is here, the normal thing is that it is to stay … with the ownership.

The third, Isaac Aketxe, is the one who has the most filmmaking experience, the one who has been able to demonstrate the most artillery in recent seasons. His strong character and a state of form below his ideal, have prevented him from exploding in the team. Now he begins to pick up the rhythm of the competition, but he needs to accumulate demanding minutes. The other day, in Pulpí, it only took four to convert a full service of plasticity and physical strength from Raúl Ruiz into both. He appeared in space and solved the hand-to-hand very naturally. That is the Aketxe that was signed in the summer and it is the one that should appear more frequently from now on.

Chuli, in a state of grace

The inclusion of two of the three born points in Mora’s scheme It shouldn’t be detrimental to Chuli, who has played his role as second striker well in the absence of Acuña and Aketxe. The man from Huelva, with Elliot not recovering from the muscle injury he suffers, can take him to one of the two bands to exercise as an interior. He has dribbling, shooting and, above all, the ability to associate, something that, at Rico Pérez, can help to provide Mora’s “cage” with interior corridors if the opponent gives up the ball. Tomorrow, against Levante, all the Hercules artillery can be gathered on the grass. “At home is where the Leagues are won.” Coach’s word.

The Basque, who made his debut as a scorer last Sunday, only needed 4 minutes to score.

Raúl Gonzalez, a starter from day one, who scored two goals in the last game, has his top scorer at 9.