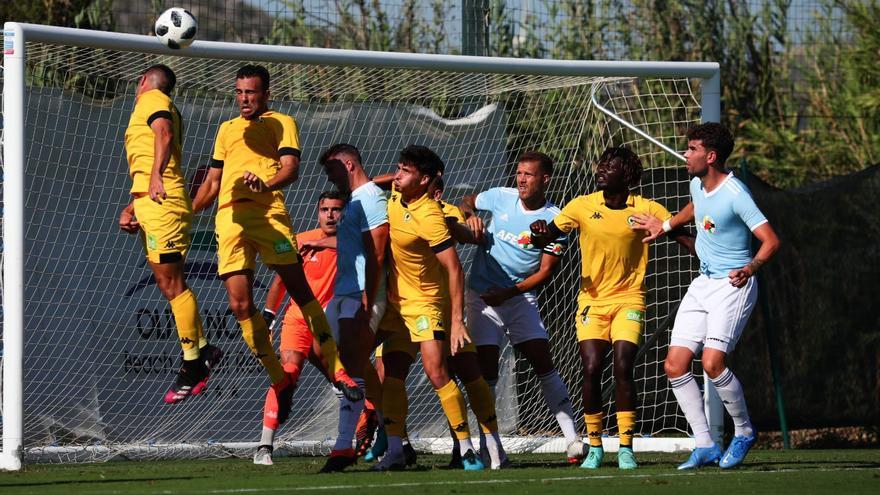 One indirect free perfectly executed by Pedro Sanchez from the right wing in minute 31 allowed the Extremaduran central defender, free of mark, to connect a powerful header in the second that post against which he could do nothing Alberto Lejárraga, hesitant on his way out. The action that preceded the foul that gave rise to the goal is built by the captain of the Alicante team. Aspe’s winger, very dynamic in attack, takes advantage of an error by the ex-herculano Omgba in the center of the field to steal the ball and initiate an excellent counterattack well played by Aketxe that, at the first touch, and at the midpoint, finds in the free space David Velazquez. The forward of the subsidiary, who had started the presentation that caused the error of the Cameroonian midfielder, accompanied the play, received in the right-handed lane and, at the apex of the area, cut his pair and went to the ground after being knocked down to abort his boarding school.

As happened in Los Arcos, against Callosa (0-1), the blue and white team controlled the rhythm of the match without suffering major shocks. The Madrid coach has presented two different eleven at the beginning of each beat. The only tactical readjustment was made after the 0-1, taking Mario, who was not very active in pressure, off the field to enter Nico on the left wing. Solvent in containment, trying to maximize the first defensive line and bring the lines together, with speed in the creation and prominence of the set pieces, without obsessing over possession, comfortable without the ball, Mora’s project advances in its development giving obvious signs of practicality, both in the area itself and in the center of the field, and a lot of mobility at the top, where the game between the lines and the overflows on the wing end up making the difference. Abde, who entered the field to play the last half hour, was again irrepressible on the left. When he entered the field of play, replacing Nico, the former blue and white Felipe Alfonso, I was already in the shower. Hercules’ second summer victory, advancing in the project cohesion while waiting for the arrival of the last reinforcements.

Incidents: Second preseason game for Hercules. The meeting was played in the sports facilities of the Oliva Golf tourist complex, the meeting place for the soccer players’ union team chaired by David Aganzo.