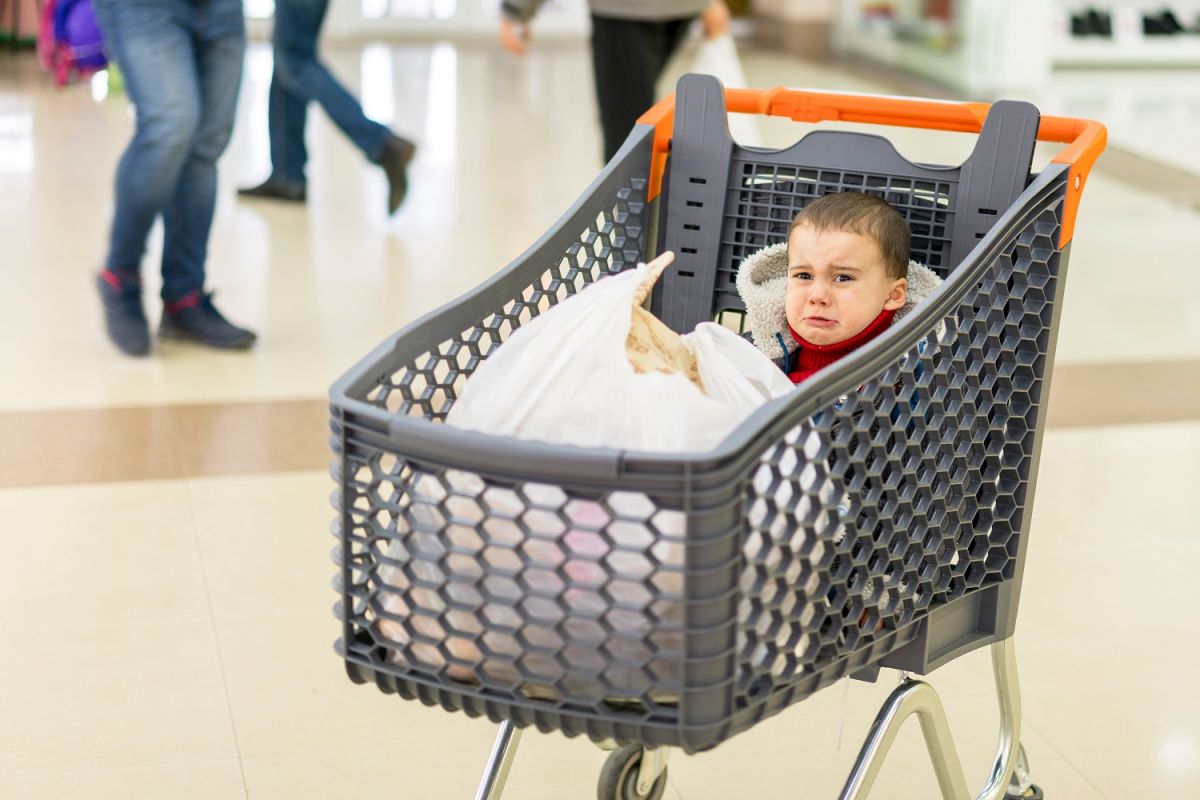 Being a father or mother is in itself a life challenge, but being that of a child with some health difficulty is even more complex and praiseworthy. The case of a mother of three children raised controversy when she narrated that her 12-year-old boy insulted an old woman for defending her brother by saying, “He’s autistic, you stupid bitch!” inside a supermarket.

The woman shared her case on the popular Reddit forum, where she explained that her husband and mother-in-law are in isolation, so she had to make a visit to the supermarket in the company of her three children, the oldest of 12 years, one of eight with autism spectrum disorder, and the youngest of five.

As the eight-year-old has problems in places like supermarkets and with strangers touching him, the mother identified as “Ladyjuststop” gave him an iPad and headphones and placed them in the shopping cart.

When you finish your shopping, standing in a long line to pay, an “old woman” standing behind them “is upset about something. I’m ignoring her, but my 12-year-old son tells me we have a problem ”.

“The lady starts talking about today’s kids and technology. She’s trying to get attention, ”says Ladyjuststop. The woman in line then complained that the children were rude, and then touched the autistic child who looked up from the iPad and removed the headphones.

The mother, trying to avoid a crisis, struggles to put the headphones back on her son, and then “The old woman says that these kinds of things are only for the house, and that I need to teach my children to interact in public. She tells my 8-year-old son that he is old enough to know not to act like this, and to scold him, loudly in public and in the middle of the store. ” The child began to cry, “the first sign of a collapse in him,” wrote the mother.

At that moment the 12-year-old jumped to his brother’s defense and said to the old woman: “He’s autistic, you stupid bitch!”. The woman explains that at another time she would have scolded her eldest son, but the old woman started a scene that caught the attention of security personnel, so she left her purchases in the cart and rushed to take her children to the car because it was coming. a collapse of his eight-year-old son.

Reddit users they reacted immediately, most supporting the woman. “Sometimes, Protecting the family is more important than being courteous when the other person assumes they have privileges because of their age. I think people forget that touching strangers is aggression, “said one user.

“I don’t understand the need to be nice to everyone. The old hag should have left the people alone and minded her own damn business. received less than what he deserved“Pointed out another. “She was a meddlesome and aggressive slut who never learned to mind her own business. Having a 12-year-old scold her was the least she deserved. Talk to 12 about their language if you feel like it, but otherwise that’s fine, ”wrote a third. “Your 12-year-old son is a superstar brother. In my opinion, you should name and shame this store, they deserve public censure, ”added another.

+ Gay woman who abandoned her autistic children and her husband to start a new life in the US, has no regrets

+ “We have Covid, shhh.” The message sent by a passenger on an airplane from her cell phone

Also Read  Covid-19 | WHO: "This may be the last chance to know the origins of the coronavirus"