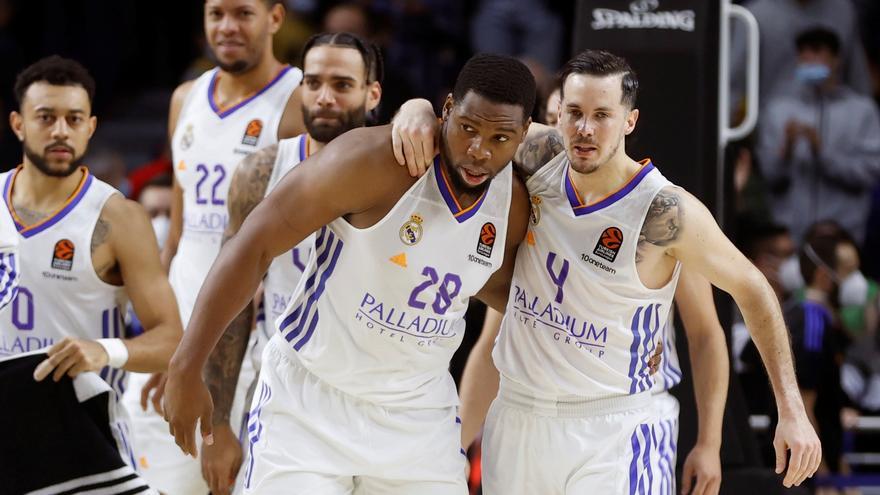 Real Madrid resurfaced from its ashes, in a final heart attack, in the European classic against Maccabi, by winning 72-70 thanks to the contribution of Thomas Heurtel and Guerschon Yabusele, allowing him to remain undefeated at home in the Euroleague basketball.

Madrid came out effervescent. In defense and in attack. Jeff Taylor blacked out Scottie Wilbekin and Walter Tavares and Ante Zizic canceled each other out. But Guerschon Yabusele was unstoppable and with 7 of Madrid’s 9 points in the first 3 minutes (9-4), he launched the team.

At 5 minutes the difference was clear, 16-6, with a Maccabi who seemed powerless to stop the Madrid game.

But the bubbles were over and Laso’s team began to drop its benefits, while the Israeli team was taking the pulse of the game, to the point that at the end of the first act it was reached with a 20-18.

In the second act, Madrid was reducing its benefits, especially in attack. There were no ideas, there were no transition baskets, there was no rhythm. Quite the opposite of Maccabi, which recovered Wilbekin in command of operations and Zizic and Jalen Reynolds, who prevented the local superiority in centimeters from having significance.

All the good that Madrid started the game in the first 5 minutes, was completely upset by a mixture of lack of success, by focusing on the referees and possible un-called fouls, at their discretion and by the good work of the rival , who knew how to overcome the initial bet of the premises.

With the starting five on the track, as is usual in Laso, Madrid tried to regain sensations but the exchange of baskets did not benefit him, 41-42 (m.23).

Without ideas, without speed, without transitions and without a good circulation of the ball, Madrid held on in the game thanks to the defense, with which the game was played in the trenches with the score stopped, 44-47 (m.27 ).

With no small effort, Madrid opened the final quarter with 6-0 in the first 2 minutes, which gave them back their chances of victory, 56-59. But again the Maccabean reaction was immediate, 56-63 (m.34).

Anything could happen, but the good defense of Madrid that prevented Maccabi from taking out and recovered the ball for Heurtel to score two providential points, 70-67, with 20 seconds remaining.

Derrick Williams hit a sidereal triple with 13.3 seconds to go, 70-70, and sent the game to a heart attack final with local possession.

Laso put up a small five and Yabusele scored against Zizic with 3.2 seconds left. Maccabi could not react and Madrid remain undefeated at home, after rising from their ashes at the end.

Incidents: Match corresponding to the thirteenth day of the basketball Euroleague played at the Palacio de Deportes (WiZink Center) in Madrid before 6,941 spectators. Before the game, Walter Tavares received the trophy as Euroleague MVP of the month of November from the legendary Clifford Luyk.