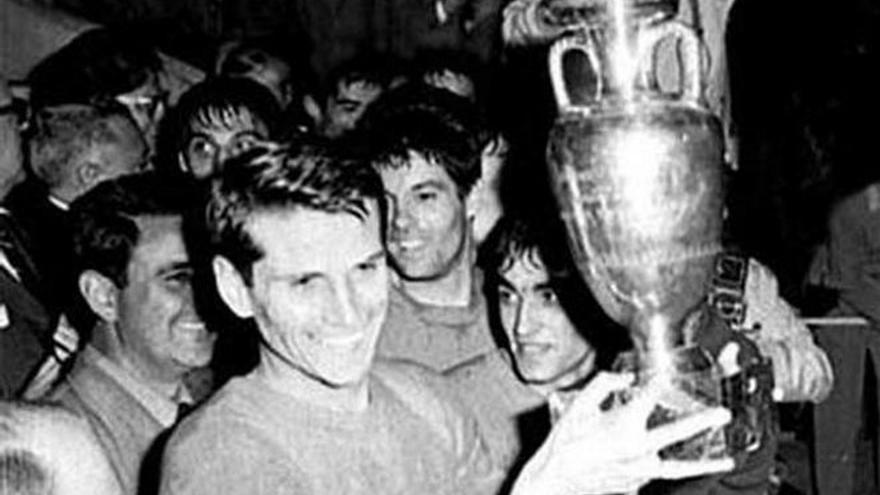 Strange as it may seem for a team that houses no more and no less than four World Cups in its showcases, Italy has only managed to establish itself as champion in a single edition of the European Championship in its history. A generation led by names like Facchetti, Rivera, Mazzola or Riva, and where a very young Dino Zoff was already starting, who two years later would reach the final of the 1970 World Cup in Mexico.

It has been 53 years since the first and only Eurocup, so far, of the ‘Azure‘, in a final phase held precisely in the transalpine country. The tournament had three venues: Naples, Florence and Rome, and witnessed the only final in history that had to be decided with a tiebreaker match.

UEFA established a group stage prior to the quarterfinals, which were played in two matches

That edition brought with it numerous changes and milestones for history. For 1968, UEFA changed the format and introduced a pre-group stage system to qualify for the quarter-finals. He organized a total of eight groups: seven consisting of four teams, and one of three combined. The only one that was not a pure draw was the one occupied by the four British teams: England, Northern Ireland, Scotland and Wales. The organization of the Eurocopa was incompatible with the Home Championship that they disputed in the islands, and UEFA agreed that the winner of that tournament was the one who qualified for the quarterfinals of the Euro.

After coming back in the quarterfinals against Bulgaria, the Italy of Ferruccio Valcareggi tied 0-0 in the semifinals against the Soviet Union. At that time there were still no penalties if the tie was maintained at the end of extra time, and the pass was decided with a coin toss. Luck was on the part of the legendary captain of the ‘Azzurra’, Giacinto Facchetti, and Italy advanced to the grand final against Yugoslavia at the Olympic in Rome.

A fierce Yugoslavia took the lead through its star, and top scorer in the finals, Dragan Dzajic, but Angelo Domenghini he equalized for the Italians with ten minutes to go with a very powerful direct free kick. The encounter died with the tie in the marker, and the Eurocopa had to decide in a tiebreaker party.

Until then in the tournament, Valcareggi had not been able to count on one of the best strikers in Europe at the time, Luigi Riva, who today remains the top scorer in the history of the Italian team. The Milan striker was injured in the last stretch of A league and he arrived very forced to the Eurocopa. In fact, if the tournament had ended in the first match of the final, he would not have played a minute.

However, fate wanted to give a leading role to ‘Tooth‘. He opened the scoring in the 12th minute of the tiebreaker, and assisted Anastasi in the second and final goal that left the title in Italy. The only one achieved to date. The European Championship of consecration of one of the best generations of Italian football.

The figure of the tournament

This was the final

The Italians lifted what has so far been the only European champion title, after a final resolved in two games.