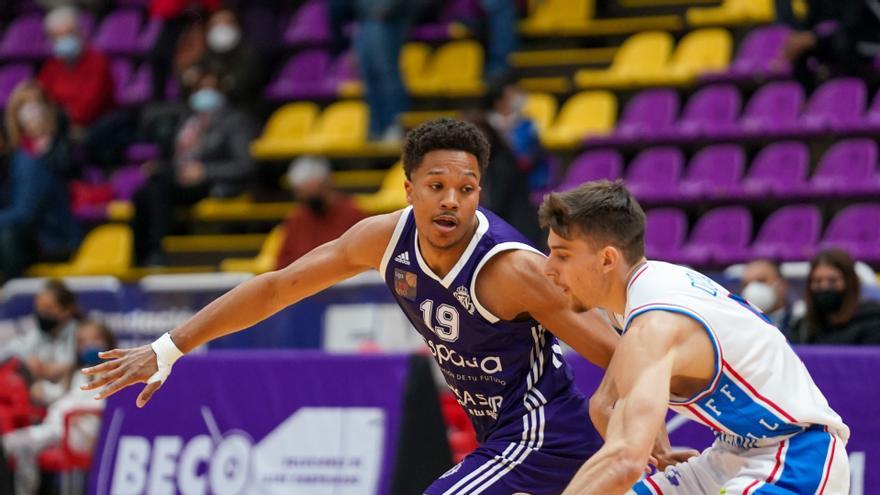 HLA Alicante had one of its grayest days in Valladolid against a rival who took good advantage of the thickness of the Alicante team throughout the game. Pedro Rivero’s team could not add its fifth consecutive victory and certify its qualification for the “play-off” in a clash dominated from start to finish by the pucelano painting. Lucentum found no solutions either inside or outside against a rival who took revenge for the overwhelming defeat they suffered in Alicante. Without success and giving facilities in defense to Valladolid, the defeat was more than fair. This time neither Pitts nor Urtasun could become their team’s saviors in a day to forget.

The HLA did not find its place from the beginning of the game against Valladolid with a very different face from the one it offered at Pedro Ferrándiz. Only Chumi Ortega He avoided with two consecutive triples that the advantage in the first quarter was insurmountable. They were the only two HLA 3-point baskets in the entire first half. Allen was far from his best version and the lack of fluidity was a constant in the attacks of a very gray Lucentum. Bilbao was the inner reference but he was too alone in the inner game. With a worrying 23-15, he finished a first quarter of clear pucelano color.

The second act made things worse. Van Zegeren he found no obstacle in the painting while Zohore contributed absolutely nothing. The HLA was still very thick in attack until Urtasun was inspired to cut a lead that came to be 13 points (30-17). Lucentum very badly facing the basket with low percentages while Pedro Rivero’s team was better on defense. All in all, the break was reached with a worrying 41-32.

The HLA gets into the game quickly with two consecutive triples by Allen and Gjuroski to get to just three points, although Valladolid reacts and returns the set. The HLA had other feelings and the game was very open. The Lucentinos cut to four points of disadvantage and force Valladolid to request a timeout. But the Alicante team did not finish to give continuity to its improvement and Valladolid was stretching its income taking advantage of the irregular game of its rival. Lucentum were forced to rally 10 points (61-51) in the fourth quarter.

Things did not improve and the meeting was slipping at times. Two consecutive triples by Nacho Martín put the maximum income for Valladolid and leave the victory increasingly difficult (69-53). He played a heroic comeback. But it was not the day of the Lucentum and the local team was feeling more and more comfortable on the track. The equipment did not work in any way, the sensations were not what the HLA is used to. There was a timid reaction led by Ortega, but too late because the game was more than lost and Valladolid was not surprised.