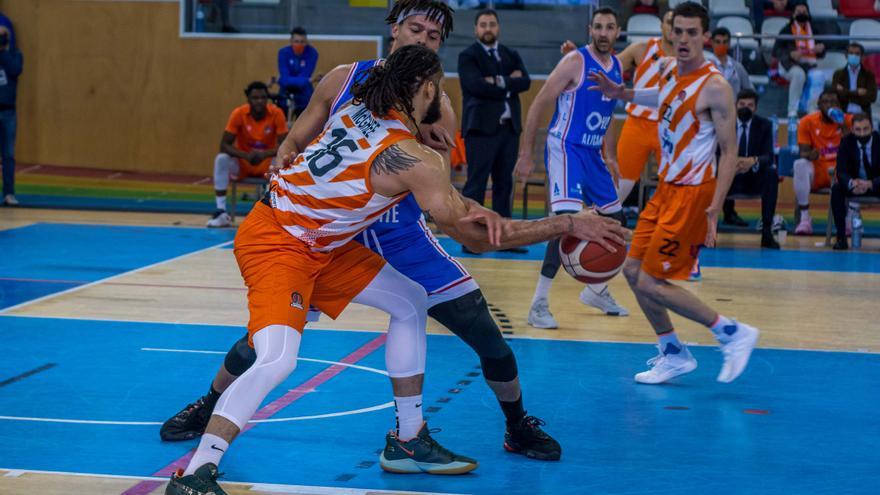 The HLA Alicante took to the track with the clear slogan: survive. He accepted the challenge of the Galicians, who proposed a very physical duel from the first moment, being aware of his greater depth on the bench. The seniority of Urtasun and the struggle of Zohore, immense in the rebound, gave small advantages to Alicante (8-12, min. 6), neutralized by a successful Matulionis (9 points, two triples and a 2 + 1). The entrance of Llompart gave oxygen to the HLA and Pedro Rivero’s men closed the first quarter two up (17-19, min. 10), after an unfortunate foul in attack by Bilbao.

An 8-2 run, with two triples from Maiza, allowed Leyma to flip the scoreboard and forced Rivero to call his first time out. The Segovian technician joined Llompart and Urtasun to recover the necessary control dose, with the aim of not prolonging the bad streak. However, the Lucentians sharpened their problems in attack With an offensive drought that allowed the Galicians, without a great game in a few crazy minutes of many errors and few hits, to stretch the score (31-23, min. 17) thanks to three triples from Maiza, Javi Vega and Peña.

Two free throws by Urtasun, a triple by Llompart, which broke a six-minute streak without scoring in a play by the Alicante, and a rogue action by Ortega almost on the horn allowed the HLA to heal his war wounds and go to the dressing room very alive in the game, after the overwhelming second period (31-30, min.20).

Both teams seemed to find in the dressing room the success in the lost shot, since on their return to the track there were baskets on both sides of the court. Zohore and Urtasun surpassed ten points in this section of the duel (double figures in the rebound also for the Danish), in which the Coruña, with more offensive arguments, tried the breakaway again (48-39, min. 25) .

Four consecutive points from Galán, the last of the eight Lucentino players in the rotation to score at least one point, and one perfect connection between Urtasun and Bilbao, exemplified yet another act of resistance by the HLA (49-45, min. 28) against the best minutes of Nwogbo, who took advantage of Zohore’s break to take over the area and increase local income to five at the end of the third period.

Txemi (Urtasun) and Chumi (Ortega) equalized the contest eight minutes from the end, in the umpteenth example that HLA Alicante was not willing to sell the defeat cheap in A Coruña. The Lucentinos had two possessions to go ahead being one down and increase the pressure on Leyma, but two mid-range shots did not find the rival basket. Rivero planted an area to test Galician nerves, but found a triple by Javi Vega and two offensive rebounds that once again gave the locals a good income (63-57, min. 37).

The hot moment of the game was opened by Gjuroski with a triple after an assist from Zohore, back to the crash. In the next attack, the same pair searched for the same loot, but this time the Macedonian found metal and no net. The HLA held on to an intense defense not to lower its arms, but did not find the same success in attack. A triple and two free throws from Monaghan, disappeared throughout the crash, buried the options of the Alicante at the last minute, despite a last leap of faith by the young man Guillem Arcos, a true reflection of what the HLA Alicante game was, struggle and effort from the first to the last second.