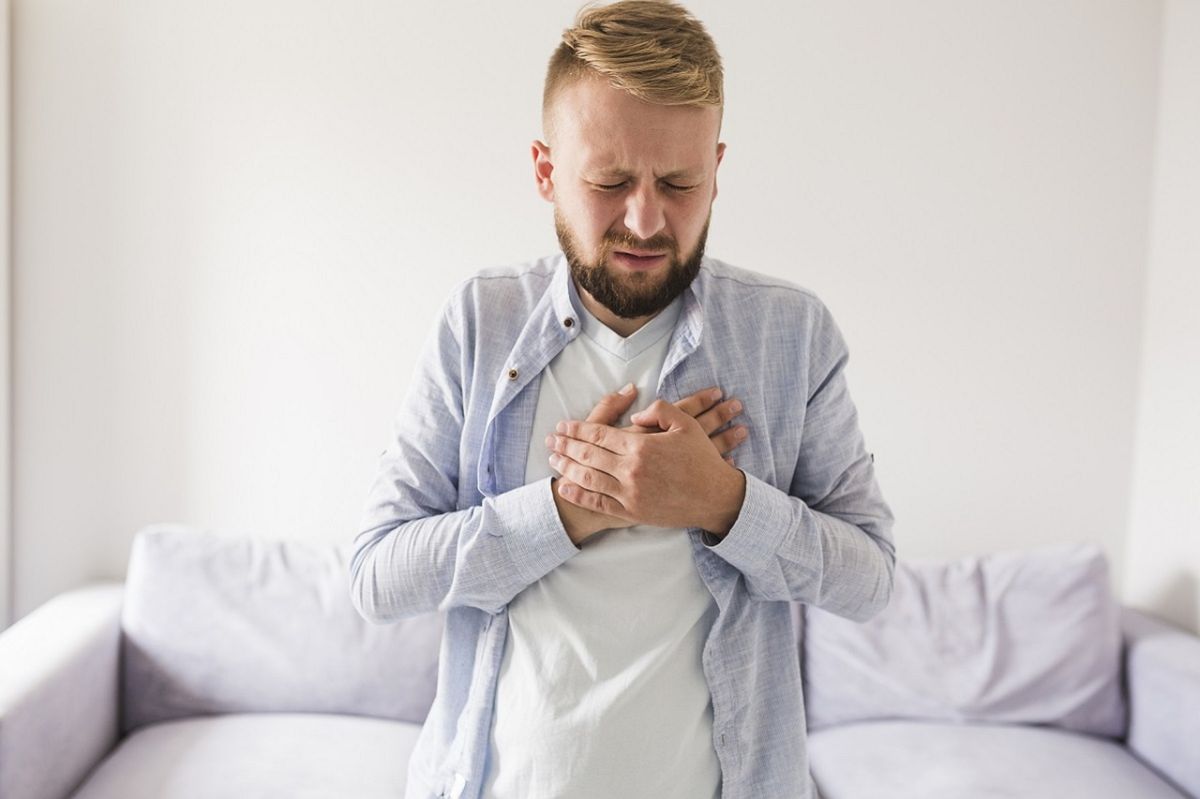 Heartburn can cause a burning sensation in the chest.

Heartburn or acid reflux is often characterized by a burning sensation and pain in the chest. A bitter or sour taste in the mouth Occasional heartburn is common. Eating certain foods can ease symptoms.

Heartburn occurs when stomach contents back up into the esophagus and into the throat or mouth. The pain is usually worse after eating, at night, lying down, or bending over. Many people have heartburn from time to time, it can be triggered by the consumption of certain foods and drinks.

The National Institute of Diabetes and Digestive and Kidney Diseases notes that some cases of heartburn it can also be a symptom of gastroesophageal reflux disease, a more serious and long-lasting condition.

Baking soda can give temporary relief from acid reflux. The Canadian Society for Gut Research notes that sodium bicarbonate works because it has an alkaline pH, which helps neutralize stomach acidity, acting similarly to many over-the-counter antacids.

Mix half a teaspoon of baking soda in ½ cup (125 ml) of water. This remedy is not recommended for pregnant women.

Ginger can work preventively and reduce the likelihood of stomach acid flowing into the esophagus. It is alkaline and anti-inflammatory in nature, which alleviates irritation in the digestive tract according to Ekta Gupta, a gastroenterologist at Johns Hopkins Medicine.

Additionally, research has confirmed that ginger can help control nausea. You can consume a ginger tea and sweeten it with honey.

Also Read  "Covid cases have gone up, 6,000 miles from Paris." France puzzled by change of quarantine in UK | France

Skim milk can provide relief from heartburn symptoms. Dr. Gupta milk can “act as a temporary buffer between the lining of the stomach and the acidic contents of the stomach.” You must be careful when choosing milk, Fatty varieties like whole milk can make symptoms worse.

Like milk, yogurt can also provide relief from acid reflux symptoms and is also a probiotic that adds beneficial bacteria to your microbiota.

While lemon is an acidic citrus, mixing a little lemon juice with warm water and honey has an alkalizing effect that can work to neutralize stomach acid.

As a remedy for heartburn, it should be consumed in small amounts. One tablespoon diluted in at least one 8-ounce cup. It should not be used if there are stomach ulcers.

When to see a doctor?

See a doctor if heartburn occurs more than twice a week, there is difficulty swallowing, persistent nausea or vomiting, or symptoms continue despite over-the-counter antacids.

Mayo Clinic says immediate help should be sought if chest pain or pressure is severe, especially if there is also pain in the arm, jaw or there is difficulty breathing. Because then the chest pain it can be a symptom of a heart attack.