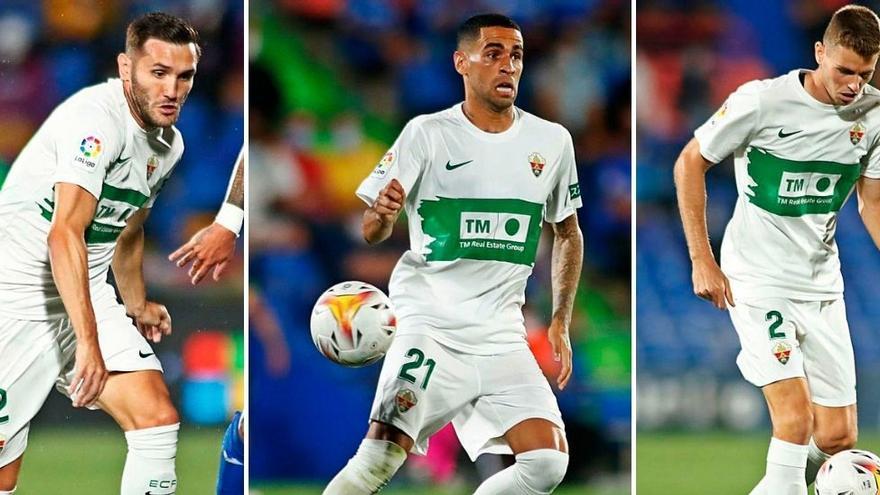 Lucas Pérez confirmed that he is a versatile footballer in offensive play. He came out in the 57th minute replacing Lucas Boyé and moved around the front of the attack. He showed speed and quality, such as the cut and the subsequent shot that meant the franjiverde winning goal. Now with the annoyances that Boyé has dragged on, he has many options to initially play this Saturday against Levante.

«I am very excited to work and improve every day in a very exciting new stage for me at Elche. I want to be the Lucas Pérez that everyone knows. We have a very good squad and I am surrounded by great footballers and competition makes us better. Here I have found the confidence of the coach and all my teammates. We are many new and we still need a little adaptation. But the victory in Getafe reinforces us a lot and now we want to beat Levante. This project is looking good and hopefully it can continue like this all season, ”says the Galician forward.

For his part, Omar Mascarell made his debut as a starter, stood as a pivot ahead of the defense instead of Iván Marcone and showed that he is a footballer with a journey in the center of the field, who is capable of helping in the defensive facet, but, Also, when it came to generating football, which was something that the Argentine was missing.

The Canarian midfielder played somewhat conditioned by the yellow card that he saw 23 minutes after the crash at the Alfonso Pérez Coliseum, but he showed courage and forcefulness when going to court. “We have the illusion of signing a great year. Solidarity is the key to success and that is very clear to us. In this team we are a pineapple and we all go to one. My colleagues have made me feel at home from the first moment and have helped me integrate. We will go together until the end », says the former Schalke footballer, who really wanted to return to Spanish football and wants to show the quality that led him to the German Bundesliga.

Gerard Gumbau could only play 20 minutes in Getafe, replaced Mascarell and stood out for its good positioning on the pitch and make the game easy. He performed in his natural pivot position, but can also play more offensive roles as a midfield midfielder. He is called to be a versatile footballer in the core as a replacement for Mascarell, Raúl Guti or Fidel, because he can fulfill in any position in the core.

«I am very happy with my debut at Elche and to be able to play again in the First Division, which is where the best are. But above all, I am happy because the team won and added three important points, “says the former Girona and Leganés player, who stresses that” we are a humble team, in which everyone works. Any player who enters the field contributes his grain of sand to make it go well and add three points in each game, “says the young Catalan footballer.