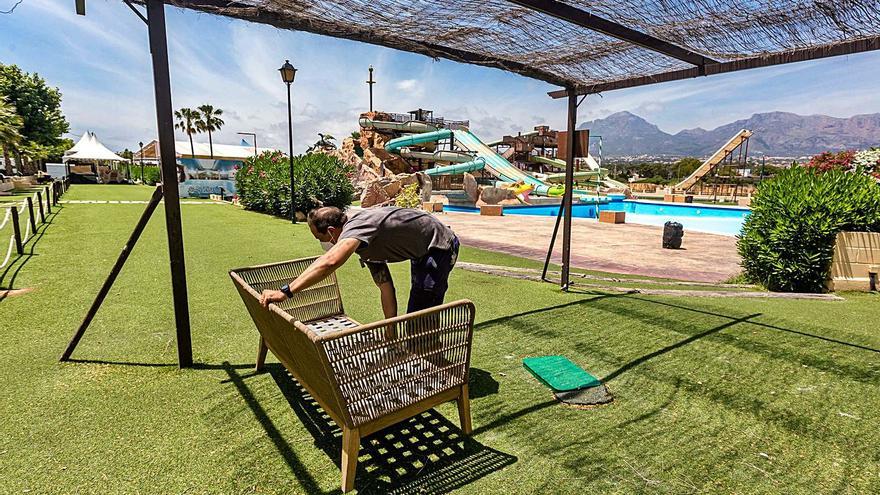 Hotel chains and restaurant groups in the province have begun to file patrimonial claims to demand that the State compensate them for the losses they suffered during the confinement last spring. A requirement that they base on the 1981 law that regulates states of alarm and the Forced Expropriation Law, since they consider that this is what has happened when the Government deprives them of the possibility of exercising their activity during those months.

Only the Garrigues law firm already processes 25 claims of this type in Alicante, corresponding to 15 hotel companies and 10 restaurant groups, as stated this Wednesday by the partner of the Department of Administrative and Urban Law of this office Antonio Lon. Among them is, for example, the second largest hotel group in the province, Magic Costa Blanca, with 12 establishments and 2,700 rooms, and that it expects to present its claim in the coming days, as confirmed by its vice president, Javier Garcia.

In this way, Alicante companies follow in the wake of large national chains such as Meli in NH, Of which it transpired that they require 116 and more than 100 million euros from the State, respectively.

Other significant groups in the province, such as Port Hoteles, RH or the group Hoteles Poseidón refuse, for the moment, to join the claims since, although they share the arguments to demand compensation, they do not want to bear the costs that the process may entail, especially if it ends up going from administrative to judicial, as is foreseeable, as explained by those responsible. Of course, they all acknowledge being on the lookout for how the first cases are resolved and do not rule out starting the procedures later.

Regarding the legal arguments, Antonio Lon points out that Organic Law 4/1981, which regulates states of alarm, already provides for the right to be compensated for those “as a consequence of the application of the acts and provisions adopted during the validity of the state of alarm suffer damages or losses ». Likewise, the Garrigues partner refers to the Forced Expropriation Law and its implementing regulations, which also provide compensation when, as a result of epidemics, the authorities adopt “measures that are detrimental to the rights of individuals.”

In this way, the lawyer remembers that, “In the common interest”, “A sacrifice has been demanded only to certain companies – others did not see their activity limited – that have been unable to develop their business in order to generate a certain health benefit for the whole of the citizenry.” Thus, in addition to hotels and restaurants, the lawyer considers that non-essential shops, cinemas, discos, theaters or amusement parks, among many others, would also have the right to claim.

From the administrative to the judicial route

The claims focus on the confinement, when the forced closure of the establishments was decreed, and the first step is to demand compensation through administrative channels from the Council of Ministers and the Ministry of Health. In case of being rejected, as is foreseeable, the firms can initiate the judicial process. This possibility is in addition to the one that other law firms are promoting to demand compensation from insurance companies.