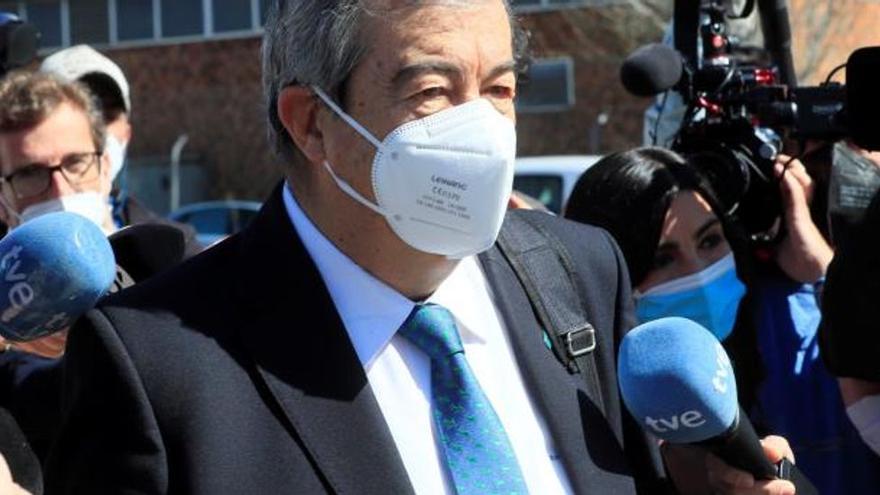 Asturias Forum assured in a statement that “We thank the Public Prosecutor for the clarity with which it recognizes that we were right when we accused Francisco Álvarez-Cascos of misuse of public funds and misappropriation. ”

The procedure began with the complaint filed by Foro Asturias against Francisco Álvarez-Cascos in 2020 for a series of behaviors and expenses, which were later expanded by the party. In the opinion of the Prosecutor, it is sufficiently proven that, between May 15, 2011 and October 16, 2017, the investigated, using his status as president and later secretary general of the Forum, and the existence of an insufficient system of control of expenses in the party, charged to the accounts of the political formation the following expenses of a personal nature, not related to his professional activity, amounting to 5,550.51 euros:

The Prosecutor’s Office considers that the justification given by the investigated regarding these uses is not sufficient. It clarifies that the fact that they can be considered residual expenses in comparison with the overall expenses that were initially attributed to them does not make them logical, acceptable and appropriate to political activity, and they constitute a continuing crime of misappropriation. As for the rest of the expenses reported by Foro Asturias, the Prosecutor, after the profuse investigation carried out, considers that they are related to the professional practice of the investigated.

In the framework of the investigation of the procedure, on February 9, the Public Prosecutor’s Office presented a report in the Court, in which it concluded that, after the justifications, explanations and elements of evidence provided by the investigated, as well as the investigation procedures agreed by the investigating judge, several of the appropriations attributed to the investigated were justified. In essence, the Prosecutor’s Office, in that report, considered that certain behaviors of the investigated did not constitute appropriation of someone else’s money, among them, the collection of his salary, the charge for conferences, the expenses of the driver, vehicle, personal secretary, personal loan received (and returned), rental of a business center in Madrid for the party or numerous expenses that apparently could be classified as personal but that appeared related to his political activity.