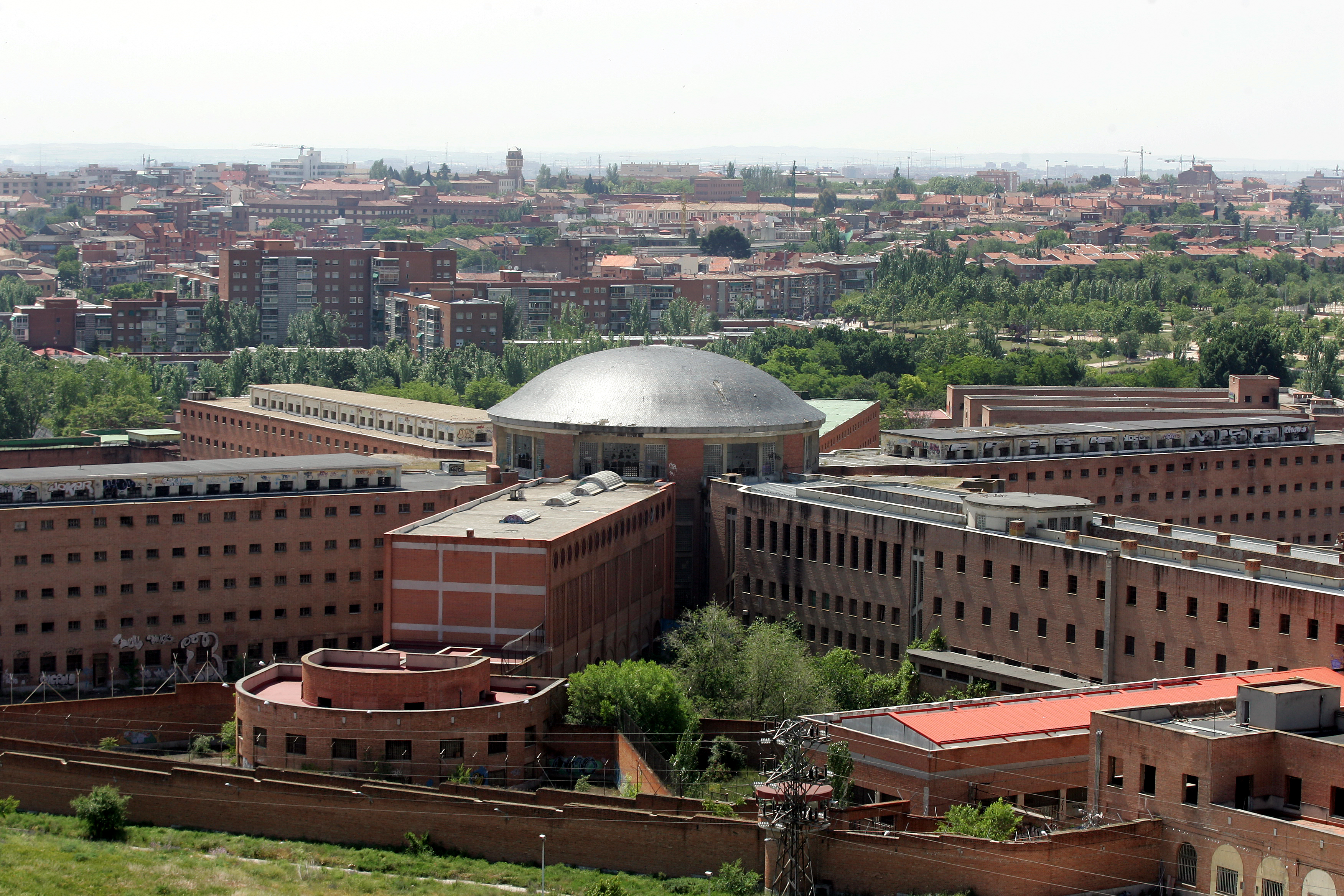 At every step we are erasing the memory of the city. We walk through the streets without knowing what happened in the buildings that surround us. And if in other areas of history, the ignorance of the citizen is important, when it comes to prisons it is enormous. There are no plaques that recall the location of the 21 prisons – five for women and 16 for men – that were in Madrid from 1939 to 1945. Only one retains its former prison function: the Yeserías prison (between Juan de Vera, del Plomo and Batalla de Belchite streets), today the Victoria Kent Social Insertion Center.

“The moment of greatest prison co-management occurred in December 1940. According to official figures, there were 280,000 people locked up in Spain. As they did not have enough space, the prisons set up in schools or convents were set up ”, explains Fernando Hernández Holgado, historian, researcher and professor at the UNED. “The religious orders lent their monasteries and convents first for free and then rented them out,” says Antonio Ortiz, historian and researcher.

Places as iconic as the Ramiro de Maeztu Institute (Serrano, 127) or the Santo Domingo el Real Convent (Claudio Coello, 112) functioned as prisons. “El Ramiro de Maeztu, which was then the Instituto Escuela, was a maternal prison. Given the overcrowding of mothers and children in the Ventas prison, several were taken to that building, ”says Ortiz.

The Calasancio College (Conde de Peñalver, 51) and the Cardenal Cisneros University (General Díaz Porlier, 58) functioned as the Porlier prison. “It was the most important until the inauguration of Carabanchel in 1944. Before being shot, the inmates were concentrated in his chapel,” Hernández details. The poet Marcos Ana recounted in his memoirs how people were killed with a vile stick between its walls. “I went downstairs several times to sweep and collect the ‘chapel notes’ and I went up sick. In a corner, covered with a canvas, we looked with horror at the instrument of the stick, a sinister ‘armchair’ made of wood and iron, “he wrote.

In Manolita’s three weddings (Ed. Tusquets, 2014), Almudena Grandes narrates the business of the Porlier chaplain. The priest sold appointments between the women and the prisoners, probably behind the back of the prison director and the Ministry of Justice.

The former headquarters of Discos Columbia (Barco, 24), today a block of flats, also served as a prison. “I found out thanks to the record company. In the registry it is complicated: apart from the fact that it takes more than a month to quote you and that when you access it must be with an official, many records have been erased. It is a democratic right, but when you request a role, it is usual for them to reply ‘and what do you want it for? ”, Says Ortiz.

The most famous portrait of Miguel Hernández was drawn by the playwright Antonio Buero Vallejo in the Conde de Toreno Prison (Plaza del Conde de Toreno, 2, today the mythical Fotomatón bar – which will remember the prisoners in March with a thematic puncture by Dj Arta– and private houses).

“Overcrowded cells”, “hunger”, “scabies”, “bed bugs and lice” and in the case of children, “measles, whooping cough, smallpox or typhus”. This is how the inmates described their conditions to Antonio Ortiz. The shackles also returned. “Thinkers, writers, homosexuals, immigrants, anti-regime politicians and people with drug addiction problems were locked up,” recalls the historian.

From the year 1941 and since there was no space for so many inmates, liberation decrees were granted and the convents and schools recovered their use.

The two prisons that were built in Madrid in the first half of the 20th century and that continued to function during the Franco regime –Ventas opened in 1933 and Carabanchel in 1944– are at the opposite end. “Ventas, the first prison designed for women, was innovative not only in Spain, but in Europe,” says Hernández. With large windows, sun terraces, a library instead of a chapel, more than 75 individual rooms and a nursery school, it was an initiative of attorney Victoria Kent, general director of Prisons during the Second Republic and the first woman to occupy that position in Spain.

“Carabanchel, a brutalist-style men’s prison, is an anachronism because it returns to the central inspection model born at the end of the 18th century. Its starry shape composed of arms of cell pavilions was structured around a sentry box and sought surveillance from that center. It is the last prison of this type to be built in Spain and one of the last in Europe. Franco’s penitentiaryism is traditional and does not drink from the European reforming currents ”, Hernández details.

The Sales prison, in a rationalist style, was made up of independent pavilions. “This 20th century system is an evolution of the thorn system, inaugurated at the end of the 19th century by Fresnes, the Parisian prison that increased habitability and prioritized individualized treatment. In theory, independent pavilions seek rehabilitation and not so much punishment as star-shaped ones, ”compares María Bonilla Rubial, architect and author of the study Penitentiary Architecture in Madrid.

The analysis of prisons from a gender perspective raises new questions. The appearance in 1881 of the corps of prison officials modernized the functioning of the male, but not that of the female. “The Daughters of Charity had a monopoly on their surveillance. This changes when Victoria Kent inaugurates the corps of prison officials, made up of women who were supposed to win a competitive examination. With the arrival of Franco, the situation is reversed and there are 22 religious orders in charge of monitoring the prisoners, ”explains Hernández.

If the packaging of the prison that was built in the first postwar period was traditional, so was life within the walls during the Franco regime, especially for inmates. “The discipline of sewing work prevailed –the areas sewed the workers’ uniforms, for example– and the moralizing corrective task”, reports Hernández.

Las Ventas prison was demolished in 1972 and Carabanchel in 2008. With them, a unique architectural language disappeared. Carabanchel’s reinforced concrete dome, in a Neo-Herrerian style and similar in size to those of the Pantheon in Rome (32 meters in diameter and 25 meters high), was the largest in Spain. A special formwork system was used in its construction. With its destruction, a cultural baggage disappeared.

As he Official College of Architects of Madrid as the neighbors asked that it be rehabilitated and transformed into a museum of historical memory. COAM regretted that it had not been included in the Catalog of Protected Buildings. Other prisons such as the province of Lugo, that of Negreira in La Coruña or the old women’s prison in Valencia, are today for social and cultural use.

The huge vacant lot at the Carabanchel prison site and the housing blocks and municipal park at Ventas tell us little about its past. And the historical consciousness suffers. “It is not only that they do not become places of memory –with a plaque, a monument or a museum–, it is that there is no politics of memory,” says Ortiz. And the one that exists does not call things by their name. “The plaque inaugurated in 1985 reads’ Miguel Hernández composed the famous Onion nanas in this place ‘, but it does not specify that that place was the Torrijos jail [Conde de Peñalver, 53]”Explains Hernández.

Some steps are being taken. In 2019, a green area in the Salamanca district was baptized the Jardín de las Mujeres de Ventas, in memory of the inmates of that prison and last January the Government offered, according to the Platform Memory Center Cárcel Carabanchel, the partial use of one of the buildings that will be built on the site of the former prison in the south of Madrid to install the Memory Center. “Our first option is to install it in the old prison hospital, today CIE de Aluche [el único edificio que quedó en pie después del derribo de Carabanchel]”, Says Jesús Rodríguez, from the Memory Center Platform. “To assess this alternative of the Government, we demand that it be excavated to see if there are remains, mainly of the dome, in the place where the building will be erected: the remains would add value to a possible Memory Center.”