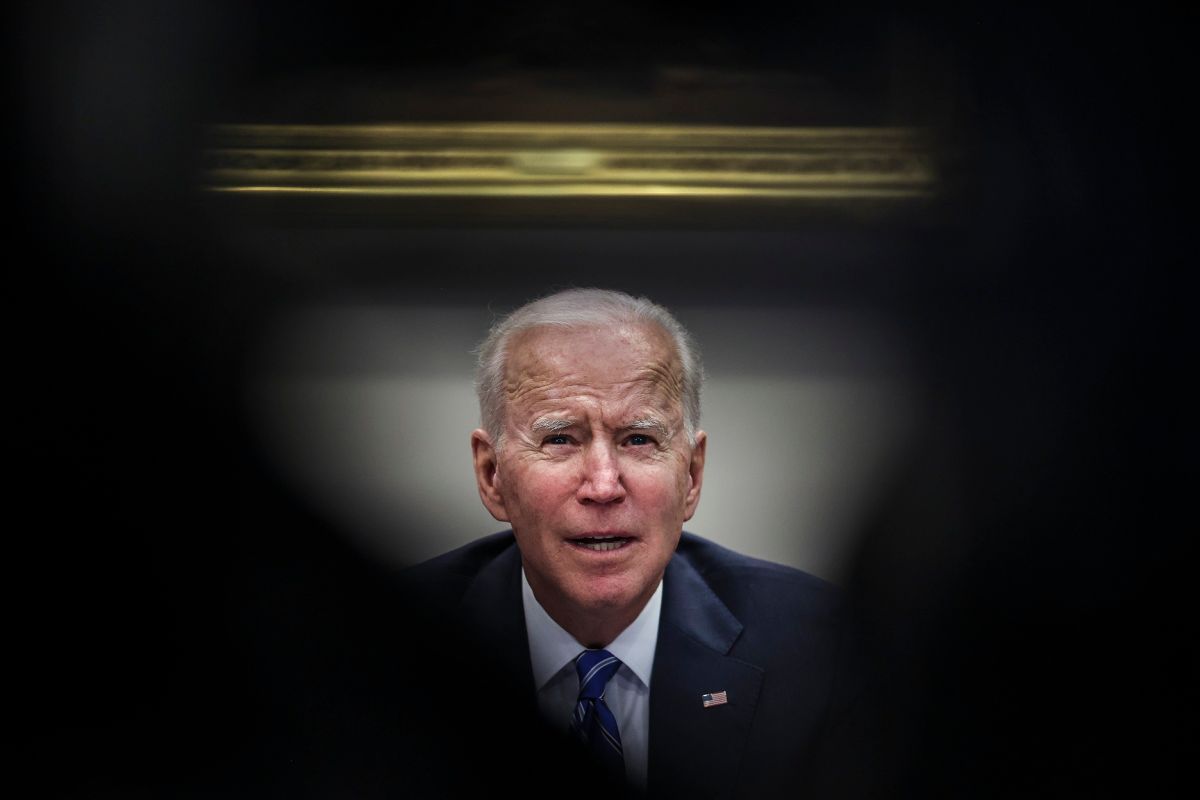 President Biden has not expressed support for a fourth stimulus check.

Despite the support of more than 80 congressmen for a fourth check – even a fifth – there is no formal project in Congress to promote an additional direct payment to families.

There is also no endorsement from the leaders of Congress, Nancy Pelosi (California), Speaker of the House of Representatives, and Chuck Schumer (New York), Senate Majority Leader. Both are focused on the economic project for infrastructure, jobs and families of the president Joe Biden, even in the possibility of pass immigration reform.

Public discussion about a possible payment similar to the $ 1,400 awarded by the American Rescue Plan (ARP) has been going on since March, but the White House has been reluctant to support new aid.

The spokeswoman Jen Psaki was clear in April, when he pointed out that it would depend on a proposal from the congressmen, but he warned that these stimulus checks “are not free”, referring to the fact that they have a high cost to the treasury, in addition to the legislative conflict they represent.

There is a letter issued on May 17 by members of the House Ways and Means Committee, but without the endorsement of the Speaker of the House, Richard Neal (Massachusetts) or some other high-ranking member, asking Biden to support more aid.

The missive driven by rep Jimmy Gomez -Y signed by six others– promotes the extension of the unemployment insurance bonus, which ends in September, as well as a fourth and fifth stimulus checks, on the grounds that it will help lift 28 million people out of poverty.

“The $ 1,400 ARP checks will keep 11 million people out of poverty this year, and the expansion of the UI (unemployment bonus) and other provisions in the bill will represent the other five million,” the letter defends. “A fourth and fifth checks could keep another 12 million out of poverty”.

It adds that combined with the effects of the ARP, direct payments could reduce the number of people living in poverty in 2021 from 44 million to 16 million.

#StimulusChecks and federal unemployment have been a lifeline to millions during #COVID19.

I led my @WaysMeansCmte colleagues in asking @POTUS to include recurring direct payments and automatic #UI in the #AmericanFamiliesPlan. https://t.co/uFPe0lNioM

Although, before the approval of the ARP, economists and financial analysts supported the sending of a third stimulus check, they are currently focusing on the boost it would have to the economy the implementation of the economic plan of President Biden, who even had to reduce his American Jobs Plan to $ 1.7 billion dollars, in order to integrate Republicans into his project.

The expert insisted that the Biden Administration is focused on the infrastructure plan that would help create higher-paying jobs in more than 100 professions.

Other experts even point out that the most vulnerable communities, such as Latinos, could benefit the most with the proposal that aims to rebuild roads, bridges and airports.

The situation for congressmen pushing a new stimulus check is complicated as the IRS continues to distribute ARP funds and In July, the Child Tax Credit will begin to be sent monthly, which will give families $ 250 or $ 300 per child, depending on the ages.

Additionally, pressure from employers to hire staff has pushed President Biden to threaten to cancel the unemployment insurance bond, indicating an unworkable position on a fourth round of payments.

Nor in the bipartisan meeting with congressional leaders from President Biden and the Vice President Kamala Harris The feasibility of a stimulus check became clear, given that Republicans Mitch McConnell (Kentucky), Senate Minority Leader, and Kevin McCarthy (California), Minority Leader in the House, are more focused on avoiding a corporate tax increase and on top earners.

Advancing vaccine application, relaxation of mask use, and reopening of businesses also complicate the scene for additional direct assistance to Americans.