The Parthenon, that magnificent building in homage to the goddess Athena and that crowns the acropolis of the Greek capital, continues to amaze the planet even two thousand years after it was built.

And it also continues to generate debates about the true owners of its archaeological remains.

In October of this year it became known that the British Prime Minister, Boris Johnson, said during a meeting with his Greek colleague, Kyriakos Mitsotakis, that it was not up to the British government to return the Parthenon friezes that are exhibited in the British Museum in London, but from that institution.

The Parthenon friezes were brought from Greece in the early 19th century by Thomas Bruce, better known as the Earl of Elgin – for which they are also called the elgin marbles-.

In total there are 15 panels and 17 marble sculptures that were part of the original decoration of the Parthenon, built about 2,500 years ago and that many Greeks point out as the main cultural heritage of their country.

Johnson’s response was given due to the request of the Greek premier to seek options to return the marbles.

The British government has indicated on numerous occasions that it will not return the marbles to Greece. By March of this year Johnson himself had ruled out any possibility of return or exchange.

“I understand the strong feelings of the Greek people on the subject, but the UK government has long held a firm position on the sculptures: that they were legally acquired by Lord Elgin under the relevant laws of the time and have been the legal property of the trustees of the British Museum since their acquisition, “the British prime minister told the Greek newspaper Ta Nea.

For its part, the museum has been clear on this point and has pointed out on different occasions that the marbles were legally acquired and points out that “the Parthenon sculptures are a vital part of the global interconnection that exists within the museum, because it has elements of Greek, Egyptian, Persian and Roman cultures “.

But how did the famous friezes get to the British museum and what have been the other attempts to bring them back to Athens?

The story of a great building

It is estimated that the Parthenon was completed in 430 BC and has always aroused admiration among locals and foreigners.

However, over the years it went from being a temple for the worship of Athena to an area of ​​ruins.

The impressive structure suffered extensive damage over time, particularly during the 16th and 17th centuries, when Greece was ruled by the Ottoman Empire.

The monument was affected by the war between Venice and the Ottomans, at the end of the 17th century, when he received a cannon shot that caused a large explosion and destroyed his roof.

Then, throughout the 18th century, much of the remaining pieces were gradually destroyed or looted.

And it is exactly when the nineteenth century begins that the Earl of Elgin enters the scene. At that time he was the British ambassador to the Ottoman Empire, which controlled the Greek territory. 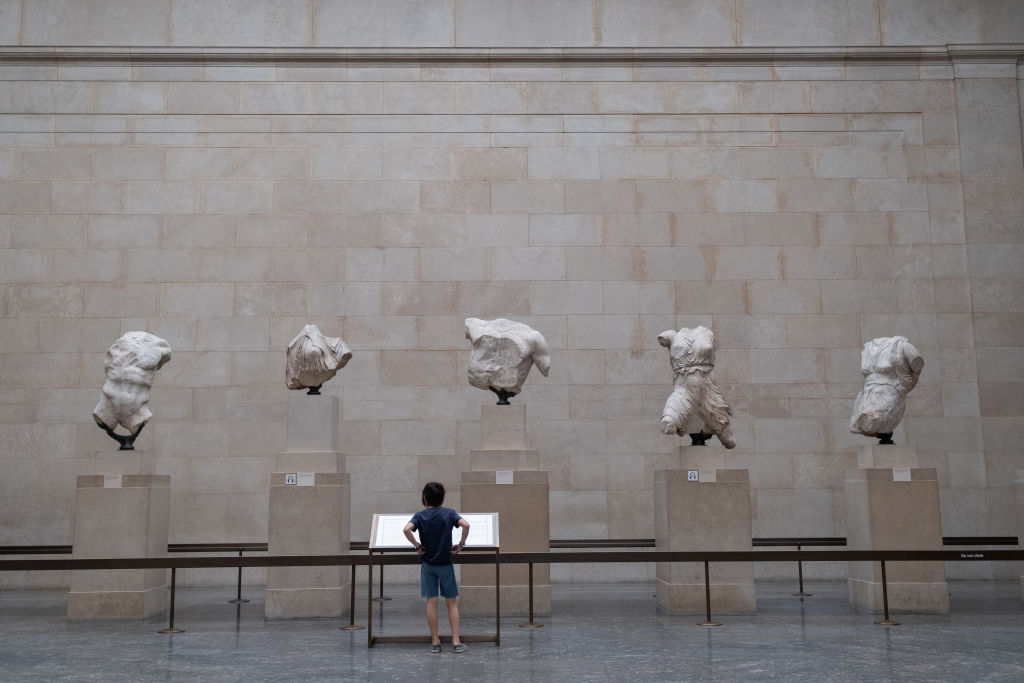 According to the version put forward by various directors of the British Museum, Lord Elgin knew not only the immense artistic value of the friezes but also their history and wanted to take them to the United Kingdom to protect them from destruction.

In this way, he negotiated with the Ottoman authorities the permission of exit of the friezes and capitals towards London.

The transfer process was stony and even several of the works suffered considerable damage on the way to the UK. The move took almost four years to reach London.

In fact, the process had its critics in the United Kingdom from the beginning: the famous poet Lord Byron he opposed the idea of ​​removing the famous marbles from Greece and called Elgin a “vandal.”

In 1805, contradictions were also seen in Elgin’s speech, as several historians point out. The count had pointed out to the Ottomans that one of the reasons for removing the friezes from Greece was to be appreciated by people all over the world.

But the first thing he did Elgin was bringing the famous sculptures to his home.

The enormous cost of the move and a divorce led to the earl bankruptcy, forcing him to sell the friezes to the British Museum for $ 438,000 in 1816.

And it is there that they have been exhibited since 1839. Although it should be clarified that they are not the only pieces of the Parthenon that are exhibited outside of Athens.

After the end of the Ottoman occupation of Greece in 1832, A campaign was started to search for the relics that had been taken out of the country.

Around 1925, several Greek organizations indicated that the pieces that the Earl of Elgin had taken should return to Greece, which was their place of origin and belonging.

They noted that the entity that had granted Lord Elgin permission to remove the famous friezes was an invading agent and therefore did not have the authority to grant such a permit.

But a serious claim came in 1983. Melina Mercuri, the first woman to be appointed Minister of Culture of Greece, made a formal request to the British government that the friezes be returned to Athens.

And he did it in front of the Elgin Marbles, in the heart of the British Museum itself.

“What does the Taj Mahal mean for India? What do the paintings in the Sistine Chapel mean for Italy? The marbles of the Parthenon are our pride. They are our identity. They are the current link with Greek excellence. They are our cultural heritage. Our soul, “he argued then.

But again, both the British museum directives as the government indicated that they were legitimate owners of those works.

Another argument that has been made from London for decades is that Greece did not have a suitable place to keep the famous marbles. But the statement was certainly distorted with the inauguration of the modern Acropolis museum in 2009.

Although Mercuri’s request did not have the desired effect, it has given rise to many campaigns by organizations such as the International Association for the Reunification of the Parts of the Parthenon and on several occasions the Greek government has tried to recover the works.

The current effort promoted by Mitsotakis contemplates a kind of exchange between works that had never left Greece to be exhibited in the British Museum in exchange for the return of the friezes.

Even the renowned human rights lawyer Amal Clooney made recommendations on how she could demand, appealing to international law, the return of the friezes. But Greece has maintained that it will not make any lawsuit and that it will limit itself to diplomatic efforts to reach a decision regarding the future of the coveted friezes.