The image could not be more shocking: about 2,000 migrants crowd in front of a fence located in the Polish city of Kuznica, on the border with Belarus. On the other side, dozens of Polish soldiers guard the fence so that none of these migrants, most of them Kurdish Iraqis fleeing their country, enter Poland.

And the dividing fence is only the sign of a crisis that has been growing since the middle of this year: in the last For months, the migratory influx from Belarus has doubled and has put the governments of Lithuania and Poland in check.

According to the Lithuanian government, about 4,000 migrants have entered illegally through the border with Belarus so far in 2021.

The Prime Minister of Poland, Mateusz Morawiecki, on Tuesday accused the President of Russia, Vladimir Putin, of being behind what is happening.

Morawiecki said that the Belarusian leader, a close ally of Putin, is “orchestrating the crisis” but that “the mastermind is in Moscow.”

All this, with an aggravating factor: both countries are members of the European Union, which makes this area a new immigration step, together with the Mediterranean and the Balkans, towards European territory.

And the images that are recorded only remind us of what happened in these places in mid-2016, when thousands of migrants arrived –and many died in the attempt – on their crossing to European shores. 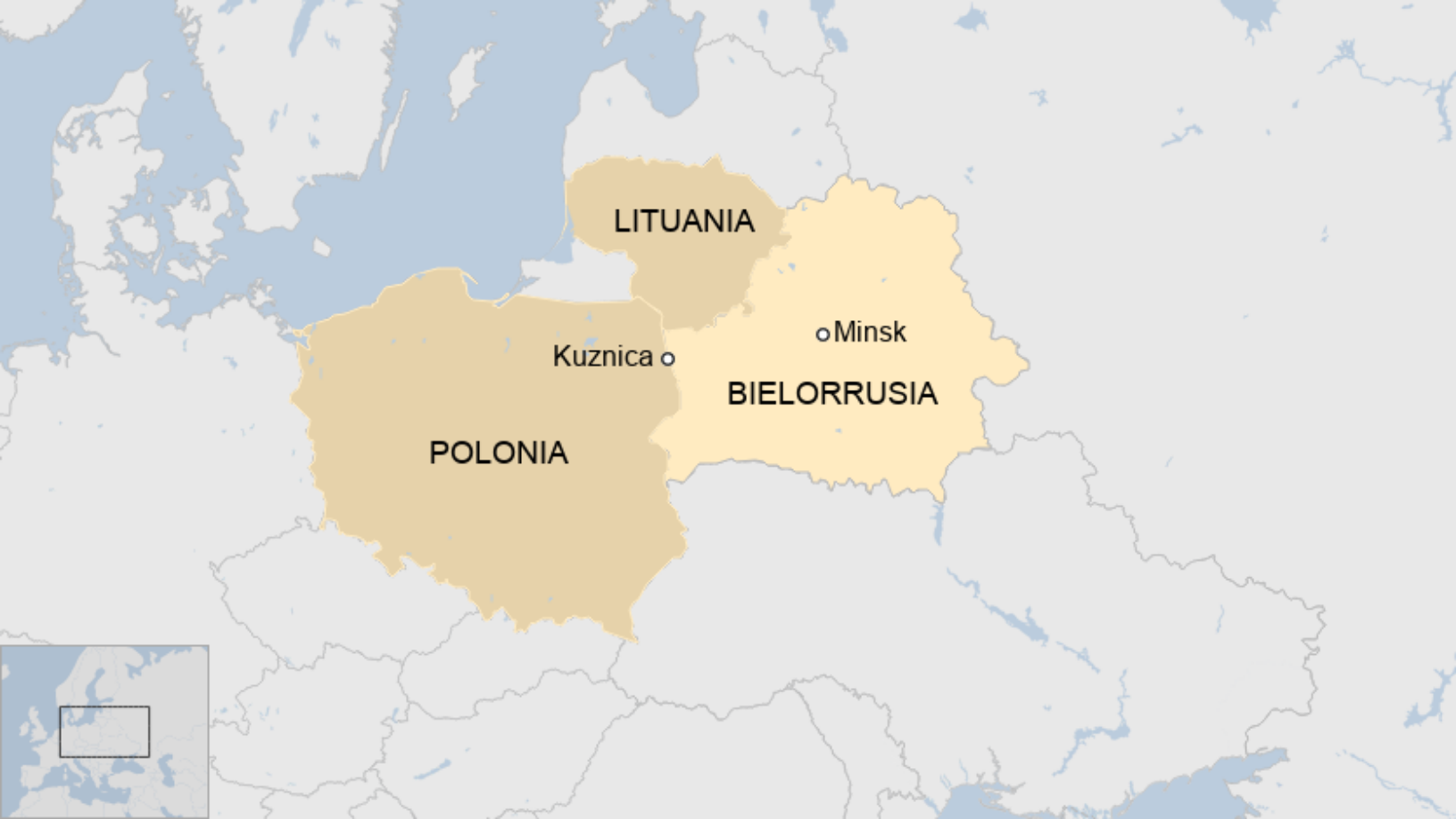 But What is behind this new migratory flow and why is Belarus accused of using migrants as “a weapon of revenge”?

“Testimonies have been heard from Belarusian soldiers helping migrants to cross the border into Poland. Many point out that this is a response from Aleksander Lukashenko, the President of Belarus, to the sanctions that the European Union has imposed,” says Paul Adams, BBC Diplomatic Affairs Correspondent.

A year ago, there was no talk of a migration route through Poland to enter the EU. That transit, which had its most serious humanitarian crisis in 2016, was centered in the Balkans, points in the Mediterranean Sea in Italy and Greece and the passage through southern Spain.

However, the presidential elections in Belarus, in August 2020, they would be the starting point of what is being experienced this week on the border with Poland.

At that time, the electoral result – according to the government’s count – gave an overwhelming majority in favor of Aleksander Lukashenko, who has ruled the country for 20 years. But the results were rejected by broad sectors of the opposition.

This led hundreds of thousands of people to the streets to demand the exit of what has been called “the last dictator of Europe”, in one of the largest popular mobilizations that have been seen since the country achieved independence from the Soviet Union. in 1991.

Several countries such as China and Russia welcomed Lukashenko’s re-election; However, dozens of other countries – including the United States, Germany, France and Canada – questioned the result of the vote.

For example, the then spokesman for the German government, Steffen Seibert, stated that the “minimum standards for democratic elections were not observed during the vote and that the opposition reports of electoral fraud were credible.”

However, it was Lukashenko’s reaction – who rejected the allegations of fraud – to the popular mobilizations which began to attract the attention of several countries in the West.

First was the imprisonment of several opposition leaders and the repression by the armed forces of the mobilizations in the street, and even the intervention of offices for the defense of Human Rights, including the UN mission.

But the event that unleashed the crisis occurred on May 23 of this year: a plane of the Ryanair airline, which is based in Ireland, and which covered the Athens-Vilnius route, was forced to land in Minsk, the capital of Belarus. , when he crossed the airspace of this country.

On this flight was Roman Protasevich, a journalist and one of the most visible leaders of the opposition to Lukashenko.

Protasevich was taken off the plane with his wife and sent to a prison. The plane continued its itinerary, but The reactions were swift.

Although the European Union and the United States had already announced sanctions against the Belarusian government, during the month of June of this year they increased the sanctions, especially directed against Lukashenko and his main collaborators.

Then came the reply from Belarus.

“Migrants as a weapon”

During the month of June 2021, an increase in migrants trying to enter Poland and Lithuania through the Belarusian border began to be noticed.

The Lithuanian government noted that Lukashenko was using migrants as “a political weapon”, due to EU sanctions.

Spokesmen for this country denounced that Belarus was giving tourist visas to migrants from Iraq and Syria to facilitate their entry by plane into the country and to reach its border.

A BBC investigation, published in October, found how Belarus was helping migrants from these countries granting them tourist visas to circulate through your country towards the border with Lithuania and Poland.

But they not only make it easier for them to get to Minsk, they also transport them to the borders, as journalist Adams points out.

“Migrants have told us many stories about the role Belarusian soldiers played in helping them make illegal crossings into Poland and Lithuania,” the correspondent notes.

“Some cross in small groups, while that others have talked about have been transported to the border in military trucks“he adds.

The Belarusian government has denied any connection to the surge in migrants at the Lithuanian and Polish borders.

In addition, the Belarusian border agency issued a press release this week in which confirmed that nearly 2,000 “refugees” they had gathered in front of the fences set up by the Polish government.

“These people want to seek refuge and the Polish government is using unjustified measures to stop them,” the statement can read.

The situation began to be worrying from October, when both the Polish and Lithuanian governments announced that they were going to build fences to stop the migratory flow. from Belarus.

This created the traffic jam that has reached its climax this week, something that the European Union and NATO have described as “worrying”.

NATO said it stands ready to assist in maintaining “order and security in the region.”

In addition, faced with this situation, the president of the European Commission, Úrsula von der Leyen, asked the EU member states to impose new sanctions against the Belarusian regime, which she accused of “putting people’s lives at risk” .

Meanwhile, the United States urged Lukashenko to “immediately stop [su] campaign of orchestration and coercion ” of the illegal flow of migrants across your country’s border into Europe.

Several human rights organizations have also drawn attention to the state of migrants at the border, especially due to the low temperatures that occur at night, which could affect minors.

“The situation in that place is delicate. Many of them do not have the resources to survive in a climate of this nature and several have died in recent months. That is why it is important to regulate their situation,” lawyer Marta told the BBC. Gorczinska.