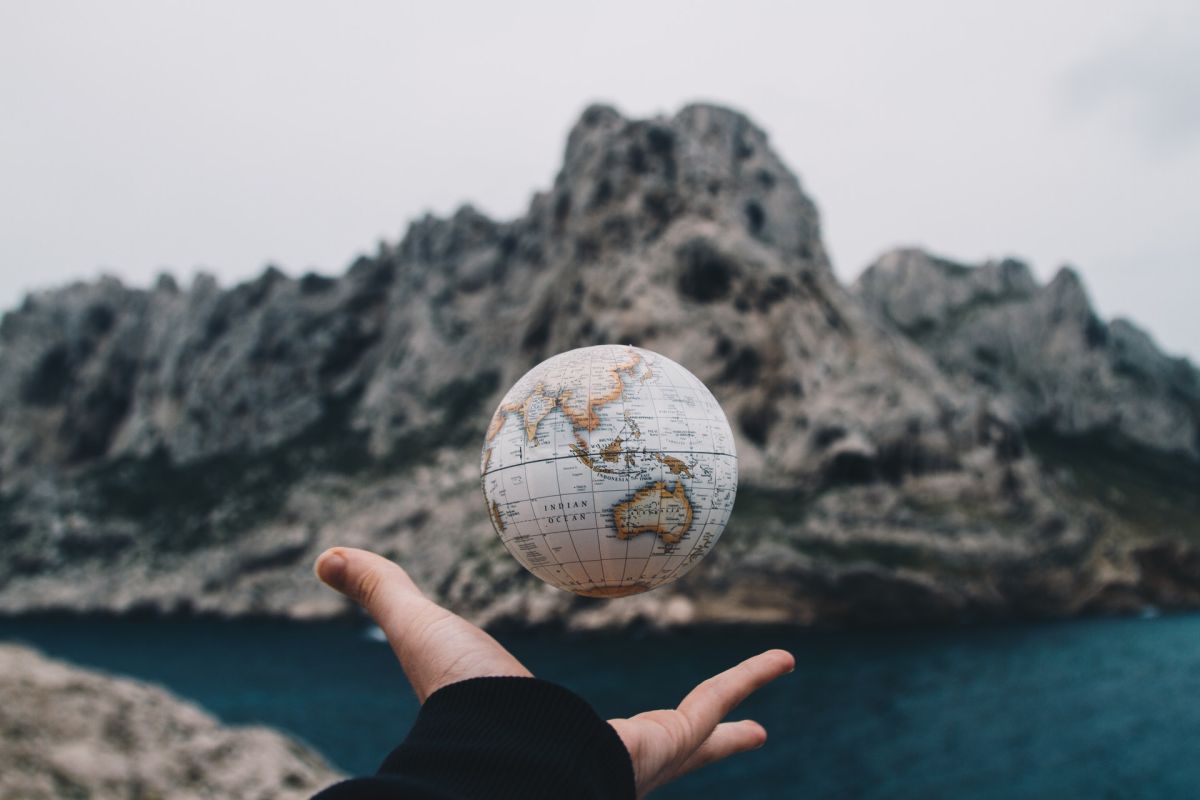 The melting of glaciers has become the main driver of the Earth’s poles.

The loss of water on land due to melting of ice and factors related to human activity are changing the movement of the north and south poles, concludes a new study.

The locations of the poles are not static and immutable places on our planet. The axis around which the Earth rotates, or more specifically the surface from which the invisible line emerges, is always moving due to processes that scientists do not fully understand. The way water is distributed on the Earth’s surface is a factor driving drift.

Melting glaciers redistributed enough water to cause the direction of the polar shift to rotate and accelerate eastward in the mid-1990s, according to a new study in Geophysical Research Letters.

“The more rapid melting of the ice under global warming was the most likely cause of the reversal of polar drift in the 1990s,” Shanshan Deng, a doctoral student at the Institute of Geographical Sciences and Research, said in a statement. Natural Resources of the Chinese Academy of Sciences, and lead author of the new study.

The Earth rotates around an axis like a spinning top, explains Vincent Humphrey, a climate scientist at the University of Zurich who was not involved in this research. If the weight of a top is moved, the top would begin to tilt and wobble as its axis of rotation changes. The same happens to the Earth when weight is shifted from one area to another.

Researchers have been able to determine the causes of polar shifts since 2002 based on data from the Gravity Recovery and Climate Experiment (GRACE), a joint mission of NASA and the German Aerospace Center, launched with twin satellites that year and a follow-up mission. in 2018. The mission collected information on how mass is distributed around the planet by measuring uneven changes in gravity at different points.

Previous studies published on the GRACE mission data revealed some of the reasons for the subsequent direction changes. For example, research has determined that the most recent movements of the North Pole away from Canada and towards Russia are caused by factors such as molten iron in the Earth’s outer core. Other changes were caused in part by what’s called terrestrial water storage change, the process by which all water on earth, including frozen water in glaciers and groundwater stored beneath our continents, is being lost. through thawing and pumping of groundwater.

The authors of the new study believed that this loss of water on land contributed to changes in polar drift in the past two decades by changing the way mass is distributed around the world. In particular, they wanted to see if it could also explain the changes that occurred in the mid-1990s.

Now, researchers have found a way to go back in time to modern pole-tracking analysis to find out why this drift occurred. The new research estimates the total loss of land-based water in the 1990s before the GRACE mission began.

“The findings offer a clue to studying climate-driven polar motion in the past,” said Suxia Liu, a hydrologist at the Institute of Geographical Sciences and Natural Resources Research at the Chinese Academy of Sciences, author of the new study.

“I think it brings interesting evidence to this question,” Humphrey said. “It tells you the strength of this mass change; it is so big that it can change the axis of the Earth ”.

Humphrey said that the change in the Earth’s axis is not great enough to affect daily life. It could change the length of the day we experience, but only in milliseconds.

The faster melting of the ice couldn’t fully explain the change, Deng said. While they did not analyze this specifically, he speculated that the small gap could be due to activities related to the storage of terrestrial water in non-polar regions, such as the unsustainable pumping of groundwater for agriculture.

Humphrey said this evidence reveals how much direct human activity can have an impact on changes in the mass of water on earth. Their analysis revealed large changes in the water body in areas such as California, northern Texas, the region around Beijing, and northern India.

How the richest are at “the center of the climate problem”

Climate change: the best solution to combat global warming that you may not have heard of