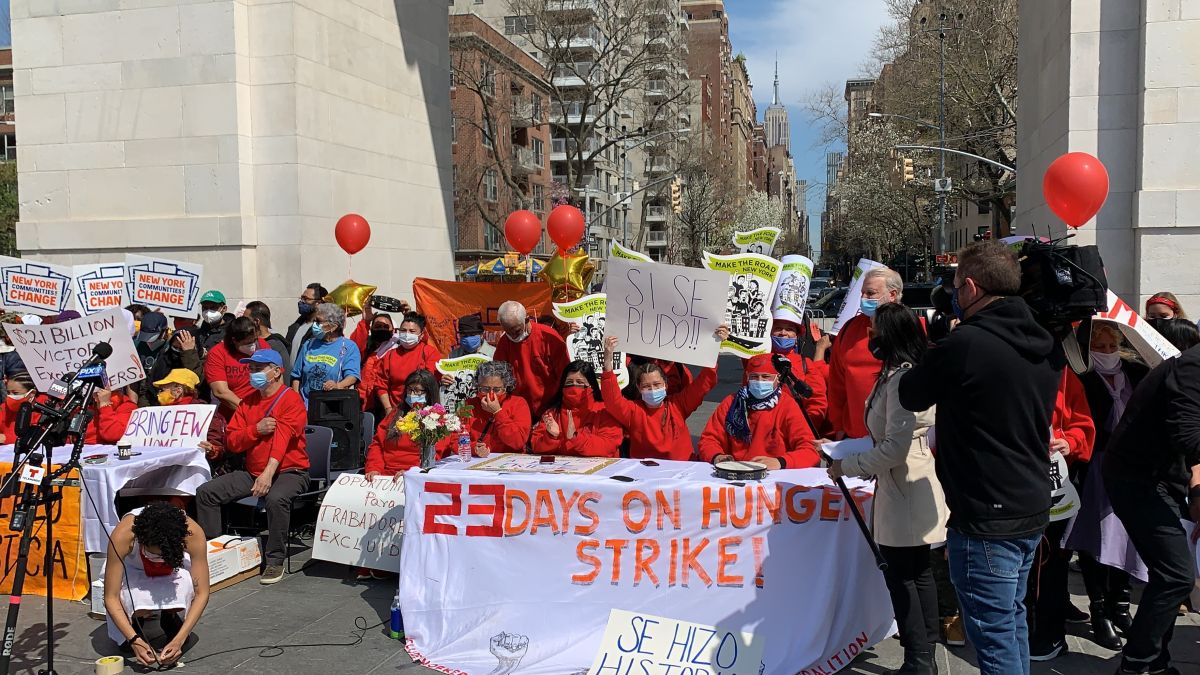 If you were a tireless worker in New York during the pandemic and did not receive a penny of federal aid because you were undocumented, could be eligible in the next few weeks to carry in your pocket financial aid.

Less than a month before the application period of the new help plan is activated, the Coalition of the Fund of Excluded Workers (FEW) will start next Monday a series of activities to facilitate thousands of beneficiaries how to better prepare, what documents to gather and will give the details of a new tool on how to talk to your employers on access to benefits.

One of the ways devised by the organizations is to promote among workers, who in principle want to know if they are indeed eligible to apply for aid, sign up for a newsletter through the website fundexcludedworkers.org to provide you with updates and details on this process.

Information is available in Spanish.

Earlier this year, the New York State Assembly passed a $ 2.1 billion fund, the first of its kind, to bring such relief to workers who had been excluded from federal and state support since the pandemic began.

The fund will support workers in some of New York’s hardest-hit communities, who have lost jobs and income but have not had access to unemployment insurance or stimulus checks.

Immigrant workers across the state fought for more than a year for this funding, including a 23-day hunger strike and a march that simultaneously closed the bridges of Brooklyn and Manhattan.

“This is an act of justice that we appreciate! Those of us who finally moved the economy and even brought food to the table of New Yorkers, had been left out of all help. Without fear we went out into the street and we did it “ He said Luis Gil a Colombian immigrant, who was part of lobbying activities in the Big Apple to reach this financial aid program.

Also Read  Complaints for sexual harassment, jail and more: These have been the main scandals of Antonio Brown in the NFL

Aid rated “historic” will provide funding to approximately 290,000 workers throughout New York State, including 213,000 in New York City, 77,000 on Long Island, the Hudson Valley and upstate and western New York.

What does this plan offer?