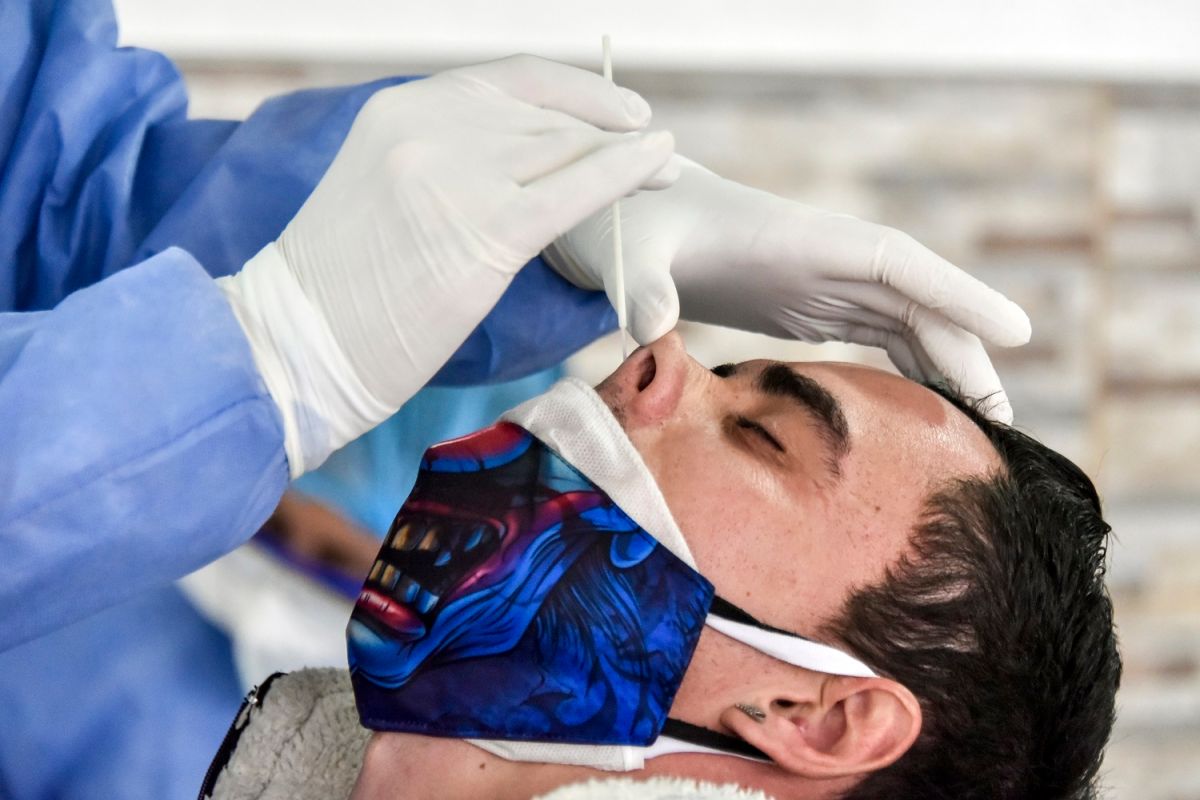 How many people have actually been infected in Puerto Rico with the COVID-19 and what has been the impact of the disease in the homes of these patients?

This and other answers will be part of the findings that will be obtained with the first seroprevalence study of COVID-19 in Puerto Rico, a scientific project that will be carried out this weekend with a random sample of people residing in 64 municipalities on the island.

Seroprevalence is the detection of antibodies to SARS-CoV-2 in a person’s blood, indicating that they were likely infected at some point since the pandemic began.

Seroprevalence studies can be used to provide estimates of COVID19 infection; population-based, which includes people who had a mild or asymptomatic infection or who never had a test despite having symptoms.

The study – which will be funded with $ 865,000 from CARES Act funds – will be conducted through the well-known Community Assessment for Response to Public Health Emergencies (CASPER) survey, which will be modified for this analysis with antibody tests (serological) that will be carried out in 1,617 homes in which between one to four people may reside. It is estimated that in the process, up to 6,468 samples will be analyzed – in coordination with the Toledo Laboratory.

This evaluation, designed by the Centers for Disease Control and Prevention (CDC), allows the Department of Health and the scientific community to quickly determine the health status and basic needs of the community to prioritize solutions and make decisions based on data.

This was explained at a press conference by the Secretary of the Department of Health, Lorenzo González, and members of the Puerto Rico Public Health Trust (PRPHT) and the Puerto Rico Hurricane Hub, both attached to the Puerto Rico Science, Technology and Research Trust.

According to the Secretary, carrying out the study represents a unique opportunity for the island as it will allow to know first-hand how the virus behaves in the seven Health regions, which will allow establishing strategies directed by jurisdiction to manage municipal infections and stop contagion . In addition, they will be data that can be compared with those of the agency’s BioPortal in order to confirm if there is any correlation.

Figures at the moment

To date, the agency has reported that there are 42,790 confirmed cases of the virus by PCR tests, 36,810 suspects with serological tests and 795 probable with antigen tests. In the past eight months, 951 people have died on the island due to the infection, which in the last three months has had a marked and accelerated rate of infections and deaths.

“These data become information that can be used for public policy … it will allow us to know how COVID is moving in Puerto Rico, particularly in communities,” he said, adding that the study will also allow us to know the impact in economic terms, of mental health and the management used by families in their prevention plans.

He also urged “cooperation” of the residents of the communities selected to participate in the survey that will be carried out this Friday, Saturday and Sunday.

Primera Hora requested the information of the communities that will be impacted, but the speakers preferred not to disclose it. What was established is that in each of the seven health regions 33 clusters of households will be selected, using census blocks as the first sampling units. The municipalities that will not participate in the CASPER project are: Adjuntas, Arroyo, Comerío, Corozal, Jayuya, Juana Díaz, Lajas, Lares, Las Marías, Las Piedras, Loíza, Quebradillas and Rincón.

The study’s research director, Diego Zavala, indicated that the results of the analysis will be delivered to the Department of Health through a detailed report within three to four weeks. He reiterated that it will be the Secretary of Health who will call a press conference to report the findings.

“It is important to understand that this will be the first estimate of infection in the population … even with those who had a mild infection or were asymptomatic as with those who have never been tested … for each case detected it is projected that they may occur between 5 to 8 additional infections “, said the also professor at the University of Health Sciences of Ponce.

Another important point is that the information of those positive cases detected in the process will be shared with the Municipal System for Case Investigation and Contact Tracing (SMICRC) led by the epidemiologist Fabiola Cruz.

In addition, the director of the Puerto Rico Public Health Trust, José Rodríguez Orengo, explained that the process will be repeated again in a period of three months in the same population impacted in the first stage.

“This will allow estimating the magnitude of the spread of infection by COVID-19 in Puerto Rico and identify the areas that require prevention strategies and implementation of rapid controls, ”he said.

In addition, according to Rodríguez Orengo, another interesting point is that by repeating it in three months it will be possible to answer an immunology question that has been on the table: How long is a person who was infected with the virus immune?

“We are going to look at those who tested positive in the first stage and see if, three months later, they still have enough antibodies to prevent a second infection … this is useful information to discuss that scientific question that is still open,” said Rodríguez Orengo .