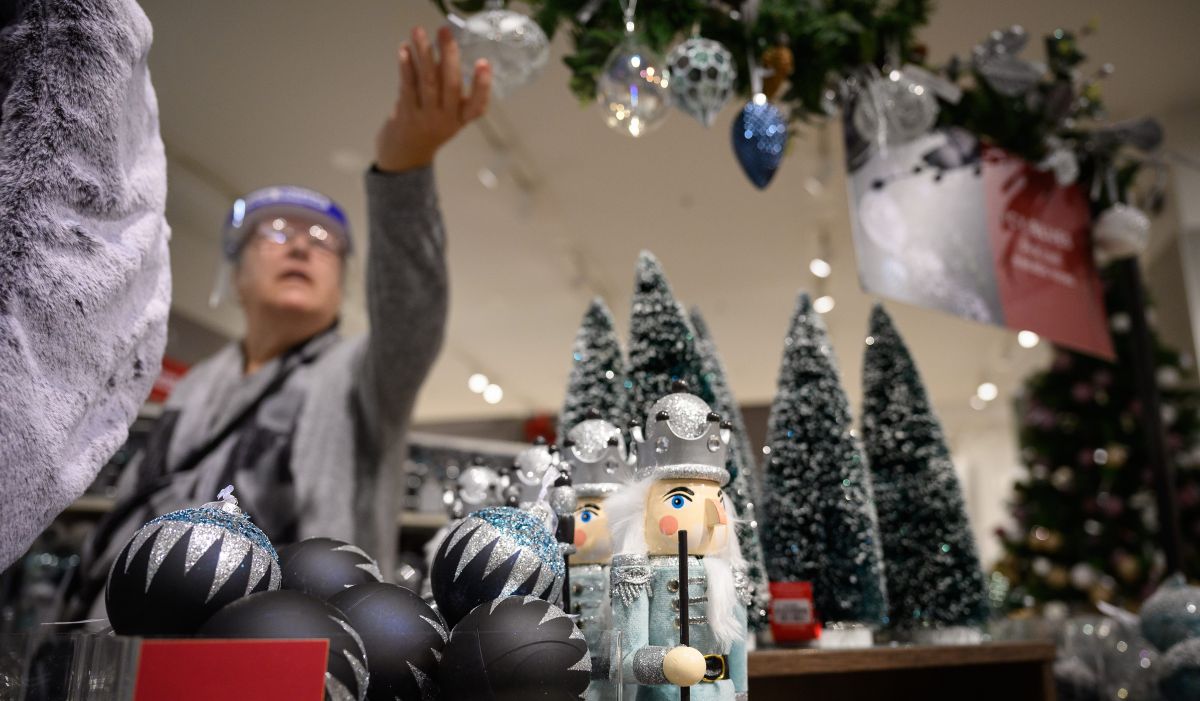 The average amount that consumers expect to spend in the winter season is $ 998.

The Christmas it’s expensive! An average consumer in the United States spent $ 976 just for Christmas gifts in 2019. That figure does not include travel, food, or anything else that is used on this date like a Christmas tree. Consumers sometimes think that if they buy cheap Christmas gifts, they will spend less, but the truth is more complicated.

According to data provided by the National Retail Federation (NRF), Americans could spend approximately $ 988 dollars in gifts, food and decorations in this 2020.

In the expenditure considered for the holidays that includes gifts for family, friends and co-workers is estimated at $ 650 dollars, $ 230 dollars on holiday items including food and decorations and $ 117 dollars in other things that are not gifts.

An important part of this money would be used in online purchases, which according to a survey carried out at the beginning of December, could be up to 30% higher, that is, between $ 202.5 billion to $ 218.4 billion in comparison with the $ 168,000 million that were registered in 2019.

In 2010 Americans planned to spend an average of $ 831 dollars at parties. The average this year is $ 998 dollars represents a 20% increase in a decade or a 2% average increase annually. Inflation, that is, the increase in prices has been 1.67% on average during the last 10 years, however, that does not represent all the increase.

According to NRF the actual sales of the retail Christmas period were growing on average by 3.2 percent.

Believe it or not despite the season, there is a slight decrease in planned spending for the holidays in 2020, although each year Americans on average tend to spend more each Christmas.

The cost of COVID-19

In recent history, no holiday season has taken into account the impact of a pandemic. This 2020 planned spending will be slightly less but the general expense of the period could increase between 3.6% and 5.6%, which will exceed the 3.6% annual increase that has been registered during the last 10 years.

Related: A town in Colorado is sending $ 20 gift certificates to its residents to jump-start the economy.

Another factor to consider

This is the “planned expense” versus the “actual expense”, but that will only be possible to discover until the holidays are over.

Jack Kleinhenz, chief economist at the NRF, believes that after everything that has happened, real spending “will be more than anyone would have expected just a few months ago.” “We believe there will be a psychological factor that will force consumers and their families to have a better holiday season than in other years.”

What is known is that COVID-19 has led us to perform a shift in spending priorities over Christmas. According to the NRF one in five consumers, who normally travels during the Christmas season, will be staying home this year. More than half of the people who changed their travel plans during winter break said it was likely spend more on your family and friends.

He Americans’ real spending has risen every season since winter 2010 and the tradition is expected to continue in 2020. This year consumers will be a little more cautious about specific Christmas expenses, so according to the NFR it will be recorded a decrease of about $ 50 relative to 2019 planned expenses.

Related: A restaurant in California offers tamales online to stay afloat during Christmas.

The coronavirus pandemic is changing consumer priorities due to travel restrictions and to a smaller number of people who are visiting friends and family although there were some exceptions and they decided to travel at the beginning of the Christmas season during the week before Thanksgiving.

For now know the planned spending of the holidays compared to the actual spending that consumers made will be a mystery and we will only have to wait until 2021 to see the result.