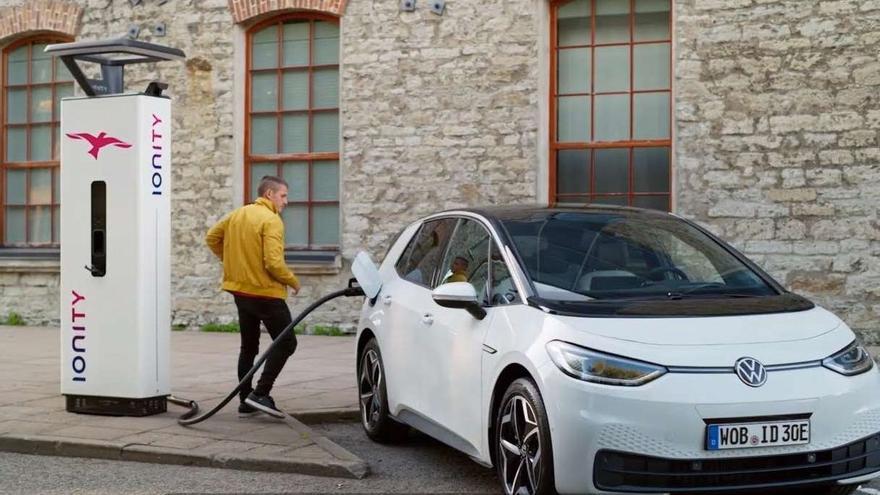 All who are doubting whether to make the leap to 100% electric mobility have ever asked the million dollar question: How much does it cost to charge an electric? Since nothing in the world is black or white, the answer is simple: depends. It depends on where you load it, if in the Street in a public charger or if in home into a household outlet or private charger.

Starting with the public charging network, the price varies according to each operator, according to load power and, in some cases, depending on the make of the vehicle that is loaded. The situation is similar to that of gas stations, because the boom in operators has caused some competence and a dance of figures that can confuse the driver. Currently, there are hardly any free public chargers, and most charge between 0.30 euros and 0.79 euros per kWh of load. First of all, it is convenient to know that the load in public points comes out considerably more expensive than at home. In fact, car brands strive to raise awareness that an electric car should be charged at home preferably, because they also do it at lower powers, which take better care of batteries of the vehicles.

However, if you need to load it on the street, you have to take several aspects into account. The first is the power. If we are going to be parked for a long time, it may be more convenient to find a low or medium power point, between 22 kW and 50 kW, where we will recover autonomy at prices that range between 0.15 euros and 0.45 euros per kWh . Taking as reference the Volkswagen ID. 3 Pure Performance, which needs 23.3 kWh on average to circulate 100 kilometers, this will entail a price between 3.49 euros and 10.48 euros for recharging energy for that distance. In case of living in Barcelona, for example, and not having a private charger, you can choose to pay an annual subscription of 50 euros so that the price is always 0.40 euros per kWh. In case of not paying it, the price rises to 0.49 euros per kWh. It should also be noted that public chargers in Barcelona and Madrid offer different prices on the street and in a public car park, with kWh being up to 14 cents cheaper in a car park.

If, on the other hand, we are traveling and we need to recover fast energy, the stations fast and superfast chargers they will be the logical choice, although the most expensive as well. The price for charging more than 100 kW of power ranges, according to operators, between 0.45 euros per kWh of Iberdrola O Electromaps, for example, up to 0.79 euros per kWh of Ionity, going through the 0.54 euros of Repsol. In these cases, the price for accumulating energy for 100 kilometers in the ID. 3 will move between 9.32 euros and 18.40 euros. IonityHowever, which would be the most expensive option, it offers a special rate for Volkswagen of 8.40 euros for the full charge. This operator, which has been supported by many automobile companies, has adapted prices for various brands, reducing the value of the kWh to 0.31 euros for Audi, 0.33 euros for Porsche the 0.39 euros for Mercedes-Benz, to name a few. EasyChargerIn the same way, it applies a 50% discount for Nissan models and Tesla allows free fast charging to owners of their most expensive cars, the Model S and the Model X.

The price of charging a car at home depends on the rate that you have hired and the power of the electrical installation, being convenient to bet on high powers of more than 10 kW for fast but gentle battery charging. The vast majority of rates are currently PVPC, namely, regulated and variable, although there are companies that offer closed prices regardless of consumption. Within the PVPC, it is usual to have rates gave O DHS, that is, with different prices per kWh depending on the time of day. DHAs offer two prices different, while DHS very, called flat and valley, in some rates they can also be called valley and supervalle hours. It is on these that the new electricity tariff falls into effect on June 1, that redefines the cheapest time slots to encourage consumption in the hours with less electricity demand: nights, weekends and holidays. Several companies, in addition, such as Naturgy, Hello, Luz Y PepeEnergy They offer special rates for owners of electric vehicles. In this link you can check the average price by kWh in real time.

Endesa e Iberdrola, for example, they have various 2.1 tariffs, that is, more than 10 kW power, to be chosen by the consumer. The first has up to five rates gave being the happy time the most interesting to offer free kWh at certain times of the day and a price of 15 cents per kWh during peak hours. Endesa also has a tariff DHS (Supervalle Green) with prices between 0.07 and 0.17 euros per kWh and a fixed rate (A) of 0.14 euros per kWh. Iberdrola, for its part, has the Plan choose 8 hours, in which the client will choose eight hours in which kWh will cost 0.11 euros, going to 0.18 euros for the remaining 16 hours of the day; and with him Night plan, with prices between 0.10 euros and 0.16 euros per kWh. In these cases, recharge 100 kilometers of autonomy of the ID. 3 oscillates with Endesa between gratuity and the 3,96 euros during peak hours of the Verde Supervalle rate, while with Iberdrola it varies between 2,33 euros and the 4,19 euros, depending on the rate and time.

Naturgy, for its part, offers the rate Easy Moving Luz, special for electric carss, with prices that vary between 0.07 euros in supervalle hours and 0.15 euros in peak hours. These prices are associated with a 3.5 kW power, with which the load is quite slow. With this power it takes just over six and a half hours to recharge 100 kilometers in the ID. 3, something that costs between 1.63 euros and 3.49 euros according to the hours. PepeEnergy, like Naturgy, has among its offer the Electric Car Rate, somewhat more profitable with prices between 0.06 euros and 0.14 euros. Hello, Luz, which also guarantees that the energy comes from renewable sources, finds among its rates the Special Electric Car, with prices between 0.08 euros and 0.17 euros if the power is less than 10 kW and between 0.09 and 0.18 euros if it is between 10 and 15 kW.

In all the examples in this article, calculating the price on the ID. 3 Pure Performance It has been carried out using as values ​​your average consumption and the price per kWh of each tariff. However, charging performance is never 100%, losing energy during the process and being more inefficient the faster it is, so the price can be a little higher.