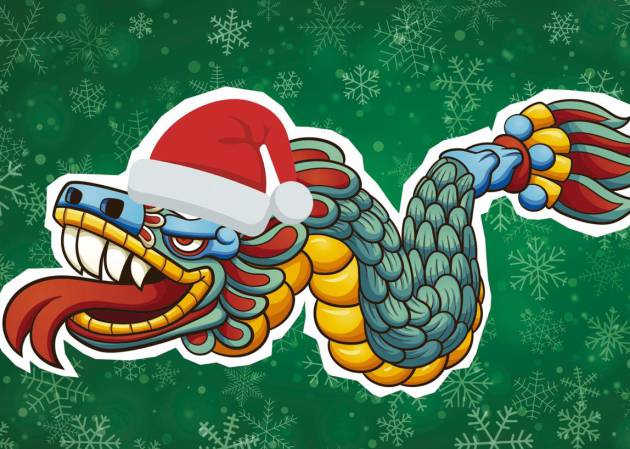 The struggle between good and evil has always been present in the history of humanity. This moral dilemma is the central axis of various cultural manifestations such as painting, literature and theater. In Mexico, the pastorelas are an expression that reflects on a stage this fight on the occasion of the end of the year parties and where several characters are always observed: an angel, a devil and the shepherds.

Javier Nieto, playwright and theater producer, explains to Verne that this genre is one of the most celebrated in the country and dates from the time of the conquest. “It is one of the oldest genres of theater and arises as a way to evangelize the inhabitants of New Spain through theatrical performances,” he says in an interview.

These works are performed in Latin America and several Spanish-speaking countries, but in Mexico they have evolved to be an expression beyond the purely evangelistic. According to the playwright and author of the play Between huaraches, pingos and angels, There are three central elements for a work to be considered a pastoral.

The first is a character that embodies good or goodness, traditionally represented by the figure of an angel. “The archangel Gabriel is normally chosen because he was the one who defeated evil,” says Nieto. Secondly, evil is captured through the figure of a demon and thirdly, humans, who have some divine mission in the work. “They are those who show little character and seek to be seduced by good or evil and are usually represented in the form of shepherds who go to Bethlehem to see the child God,” he indicates.

But evil is not only in the form of the devil and good is not always a being with wings dressed in white. In the book Fiesta and theatricality of the Mexican pastorela, the theater specialist Isabel Vázquez de Castro, points out that with the passage of time, the pastorela has become an instrument of ideological diffusion, not necessarily Christian.

For example, in the pastorela Ajúa, a güerco is going to be born, the dramatist Tomás Urtusástegui (Mexico City, 1933), exemplifies evil in the form of Satan Quintero, a drug trafficker who implicates three farmers from the north to traffic drugs (and who is a parody of the capo Rafael Caro Quintero). The mission of these characters is to leave a better world for a little one to be born, while the good is represented in its traditional angel form.

“There is no savior, it is a true journey to hell, but the Christmas symbol of birth prevails as a continuation of life, with the delivery of a peasant at the end of the work,” explains Vázquez de Castro.

In representation Between huaraches, pingos and angels, the protagonist is a 10-year-old girl who lives in the country with her grandfather. “She is the daughter of migrant parents and is seduced by evil, which is a snake, with the idea that she will live better in the city surrounded by technology and cars,” she says. “She will seek happiness on a journey where she will come across all kinds of things that will make her think,” he says.

The Mexican shepherds almost always take place as a transit of humans, always seduced by evil, but whose journey always ends with a teaching and in a better place. “It is a journey of recognition of the characters where we can all identify ourselves,” says the Mexican playwright.

Additionally, Nieto explains that an indispensable component for Mexican pastoralists in the 21st century is humor. “Currently, those of us who work in theater have to give something more to people than what they can already find on YouTube or on social networks,” he says.

It is not surprising that evil has been represented in recent years in much more contemporary ways: social networks that steal time from shepherds, politicians that confuse residents or the vanity of taking countless selfies. “Pastorelas always evolve, but they keep the same holiday message: that we can all learn and have fun,” Nieto concludes.