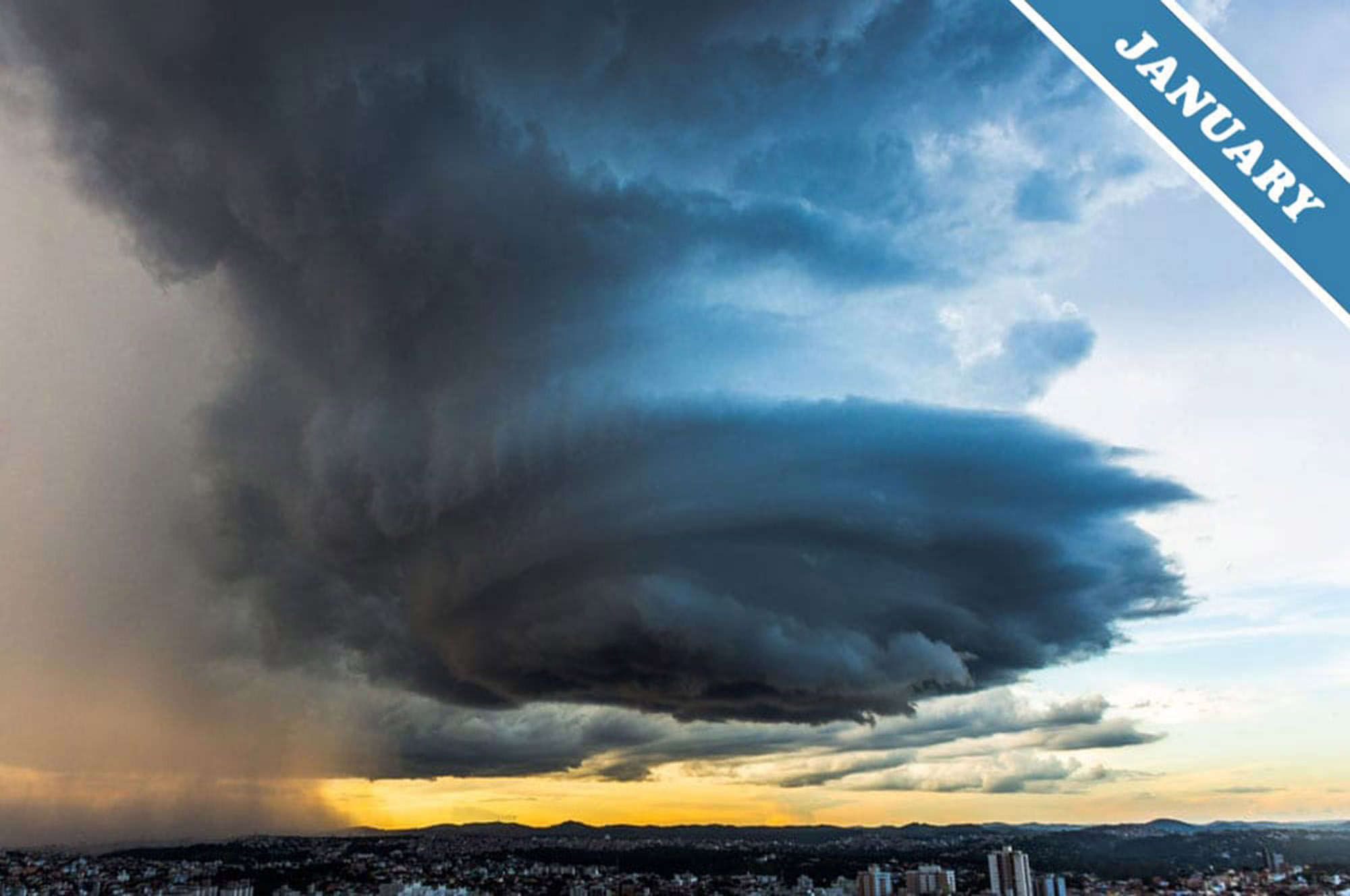 What is exceptional is not the sum – around 9,000 euros – but the donor: a so-called Cloud Appreciation Society (CAS), which wrote a check in 2020 to fund a drone surveillance program, launched two years earlier by environmentalists fighting in the Amazon rainforest of Peru and Bolivia against illegal deforestation. “This is the first time we have supported an environmental organization,” acknowledges CAS founder Gavin Pretor-Pinney. Reasons? The clouds, obviously. Because that immense forest mass generates so many that it can be said without exaggeration that an immensely mighty river runs through the skies of the Amazon jungle.

Not that appreciators of clouds only care as carriers of rain, even though that aspect is essential. No. The clouds are for this group, which meets via the Internet to follow Pretor-Pinney’s weekly talk, with his interviews with members, and his display of photos of beautifully cloudy skies, “the most dynamic element of the nature”. Poetic formations that each one interprets in their own way and that awaken in each one a different nostalgia.

The association has been growing at a discreet but steady pace ever since this graphic designer and editor of a magazine curiously called The Idler (The Idle) happened to launch it with its corresponding website in 2005. Today it has 54,000 members in 120 countries who pay a fee per year of about 30 euros in addition to a small amount of income. More than two-thirds of the members reside in the United Kingdom and the United States, while some 390 are in Spain, says Pretor-Pinney. The association’s alma mater seems to have poured into it, in addition to its love for the clouds, all its vital philosophy, which is summarized in battling against the “blue-sky thought”, as stated in one of the six points of the manifesto that the inspires. That is to say, fighting against what is monotonous, diaphanous like the summer sky, and that does not pose challenges. “Creativity is born when one is immersed in distractions, when one draws inspiration from the unexpected, accepting what comes to us, and not creating an artificial atmosphere without a single cloud to distract us,” explains Pretor-Pinney by email.

By his own account, the idea of ​​creating the Cloud Appreciation Society began to haunt him when he was wandering around Rome during the sabbatical year that was taken in 2003. In the city of the popes, visiting museums and art galleries, he observed that while the heavens painted by the ancient masters were heavy with clouds, that of Rome remained blue. Monotonously blue. And he felt that the London clouds were missing. Back in England he devoted himself entirely to them creating the society and even writing a successful book: The Cloudspotter’s Guide (edited in Spanish as Cloud Observer’s Guide), published in 2006.

The admiration for the clouds of Praetor-Pinney, an Englishman in the 50s with a calm appearance, is not, contrary to what one might think, a propagandistic excuse to claim the rainy climate of the British Isles. It is a way of restoring to the clouds, “unjustly vilified”, their true importance. Because they are an expression “of the mood of the atmosphere”, they have been created “for dreamers” and their contemplation “benefits the soul”, he maintains. Life would be much more boring, Praetor-Pinney argues, if those masses laden with droplets of water, as ephemeral as our own existence, did not move through the sky.