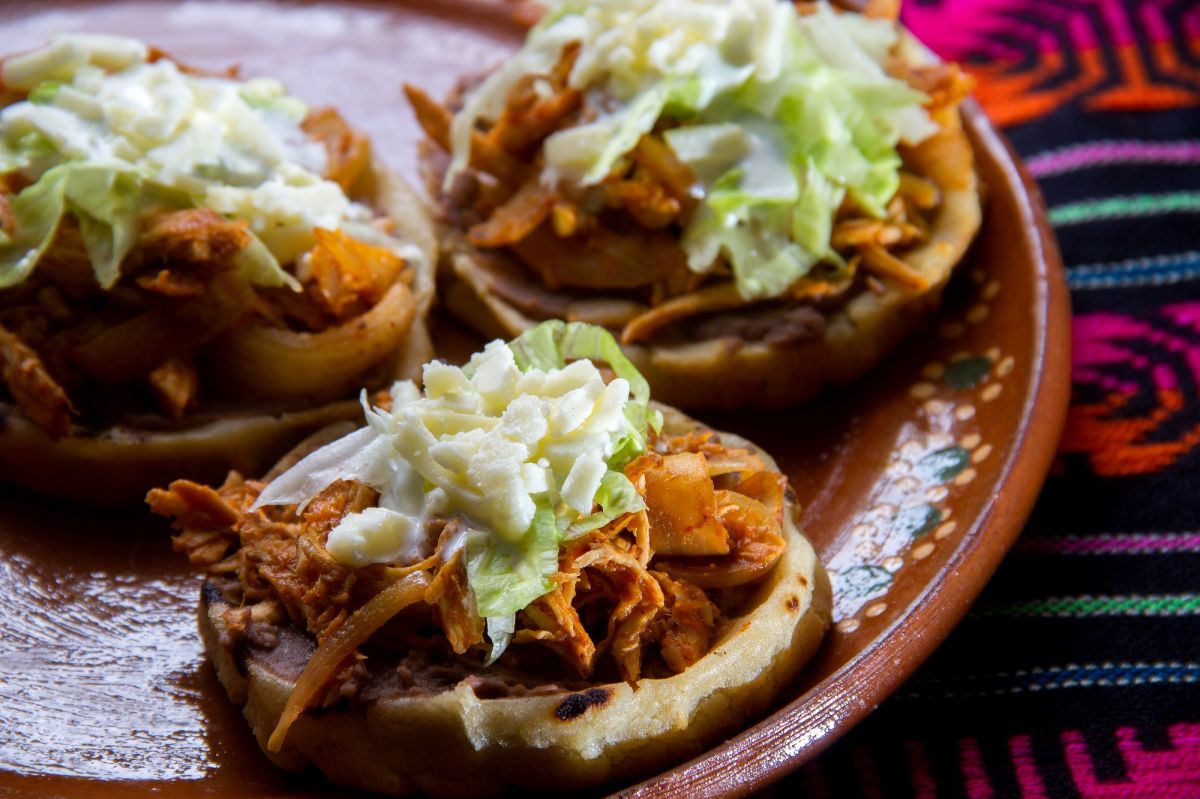 Sopes are one of the most popular Mexican snacks. The base of the sopes is corn dough with which a thick tortilla is formed that it is spread with refried beans and sauce, lettuce, onion and grated cheese are added.

The classic shape of sopes is oval. They measure between 8 and 9 centimeters long, although in Mexico City you can also find sopes of up to 15 cm.

The tortilla is cooked in a comal or frying pan with a little lard, the fat is optional. When the sopes are still hot, pinch them together and form edges, this helps contain the sauce.

This appetizer can be presented as a simple dish with the basic ingredients, beans, salsa, lettuce, cheese and onion, or as sopes prepared with some type of meat, such as chorizo, roast beef, hash or chicken tinga.

Depending on the region, it is often preferred to add certain ingredients to the sope, including fish and shellfish, such as oyster sopes in Nayarit.

You can buy the corn dough ready to make tortillas, in that case, you will not need the corn flour.

Preparation:
1. Mix the cornmeal with the salt, the butter and the water until you get a dough. Form waits of approximately 3 centimeters, flatten them and give them an oval shape.

2. Cook the tortillas on both sides in a comal and pinch the edge to form the edges.

for the sauce: 1/2 white onion, 2 cloves of garlic, 200 g of roasted green tomato (you can replace it with red tomato), 1 sprig of coriander, 4 serrano peppers and salt to taste.

Roast the onion, garlic, tomatoes and chiles and blend together with the cilantro and salt.

There is another Mexican appetizer very similar to sopes: pinched or chopped. To make Veracruz picadas you just need to make the tortilla bigger. Add a sauce (tomato, ranchera, chipotle, green or mole), cheese and onion; They can also have other ingredients such as beans, eggs, pork rinds, chorizo ​​or steak.

It may interest you:
–5 most sought after Mexican recipes to celebrate Cinco de Mayo in the United States
–5 Easiest Popular Mexican Sauces to Make
–10 Pre-Hispanic Mexican Foods and Drinks That Are Still Favorites