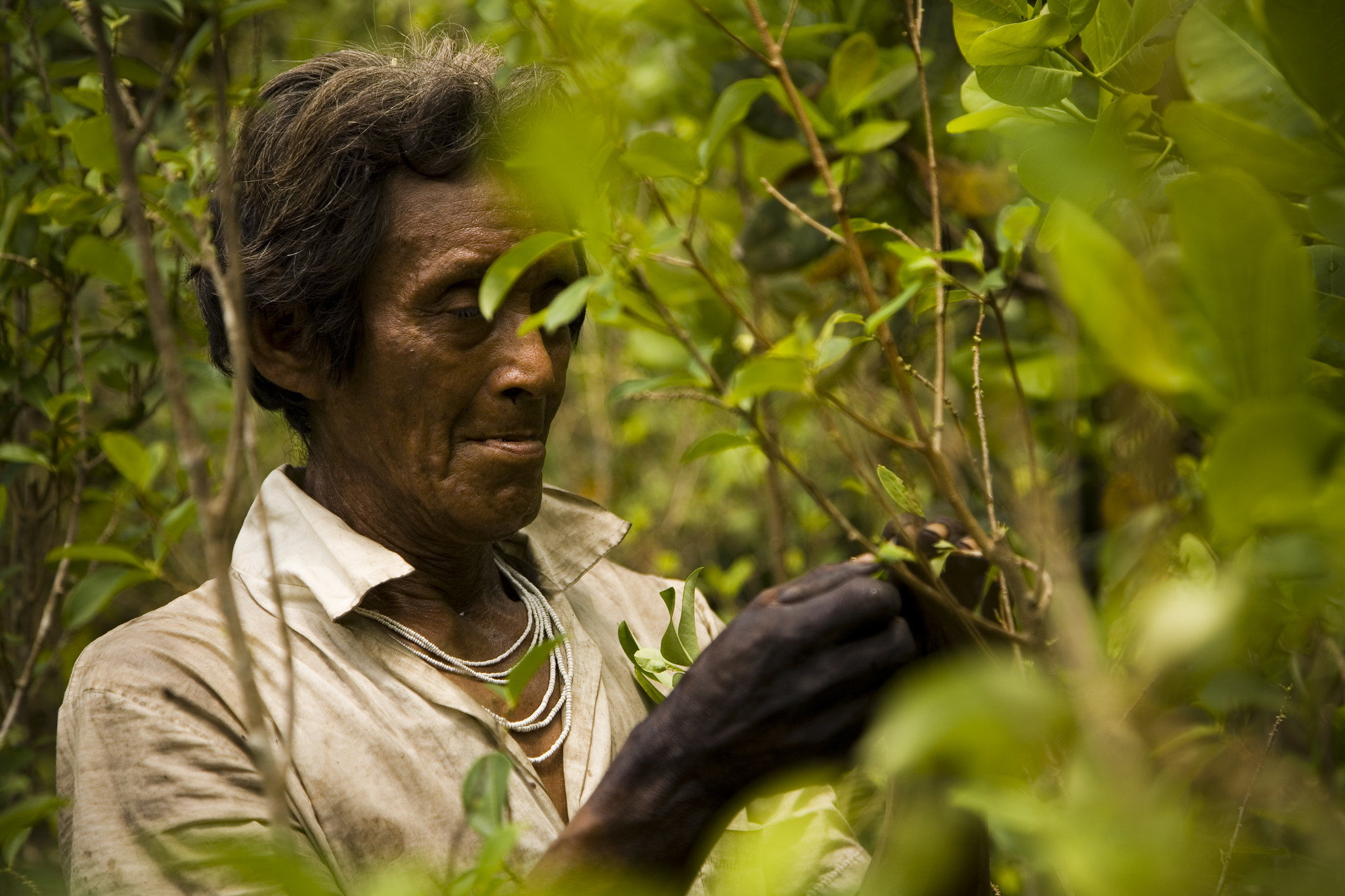 One of the legends of the Tikuna-Cocama-Yagua indigenous community (located in the Colombian Amazon) tells that, many years ago, someone went fishing and the fish they caught became the humans who later populated the rest of the world. In turn, the story continues, those animals grew from worms that sprouted from the trees of the village and fell into the water. This is how humanity understands this population of almost 10,000 people: as an inseparable part of nature.

That feeling of belonging has led them to take care of the tremendous biodiversity of the territory, with an unequaled experience in fishing. This community, which produces 75% of everything it consumes, has been adapting for years to the rising waters that occur between November and February. When the time comes, the level of the rivers rises up to 14 meters and fishing becomes a key part of the diet of these families, who consume three times as much protein as the national average. As of August, these levels fall again, and that is when the inhabitants return to prioritize agricultural crops. “This population has an incredible capacity to adapt,” explains Liseth Escobar Aucu, from the Omacha Foundation, “they are the living example that collective work and resilience allow finding solutions to problems that arise.”

Because there are problems. And more. The contamination of its rivers, the introduction of new seeds and external crops, as well as the ambiguous demarcation of the territory with other communities, makes the legacy of the Tikuna-Cocama-Yagua increasingly difficult to continue. Precisely to prevent ancestral knowledge and wisdom from becoming extinct, the Food and Agriculture Organization of the United Nations (FAO), together with the Bioversity International Alliance and the International Center for Tropical Agriculture (CIAT) published this Friday a new study that identifies hundreds of diverse species of plants and animals around the world in the custody of indigenous peoples.

The book, Indigenous Peoples’ Food Systems: Perspectives on Sustainability and Resilience from the Frontline of Climate Change, is one of the most detailed and comprehensive studies to date in which data from eight indigenous communities from the Arctic to the Sahel and from the Amazon to the Pacific islands converge.

Yon Fernández-de-Larrinoa, head of the FAO’s Indigenous Peoples Unit, pointed out that the leadership and decision-making of the communities is essential: “They are the ones who safeguard biodiversity, but they are not always recognized. We have to put them in the driver’s seat and design policies that include the wisdom they retain. If not, we are missing a huge opportunity ”. Divided into eight chapters, ranging from hunting and fishing to desert survival and shifting cultivation, the report is published “at a key moment”; at the gates of the Summit on Food Systems, which will take place in September 2021 in Rome. “Our society shares a prejudice about these settlers, that they are very anchored to the past. And it is wrong. Only they are in continuous adaptation, “added Fernández.

Indigenous languages ​​are especially rich in citing plants, animals, the environment, and ecosystems. Every time a language dies, a way of naming the world goes out; and to understand it

The publication identifies the main internal and external factors that affect food systems, their future prospects and continuity as managers of intact ecosystems and territories that treasure 80% of the remaining biodiversity and suggests at least five measures so that this percentage does not continue to decline :

-The right to land. Respect and recognition of indigenous populations varies from country to country. And even if it is on paper, the reality of these and environmental activists is sometimes an ongoing threat. In the eight villages studied by FAO – the Baka, in Cameroon; the Inari Sámi, in Finland; the khasi, bhotia and anwal. in India; the Melanesians. in the Solomon Islands; the Kel Tamasheq community in Mali; the tikuna, cocama and yagua, in Colombia; and the Mayan Ch’orti ‘, in Guatemala – there are only a few policies that support access to natural resources.

-Promotion of traditional practices. For Anne Nuorgam, president of the United Nations Permanent Forum on Indigenous Issues, the transfer from one generation to another of popular knowledge is vital to “guarantee the protection of biodiversity”: “Indigenous peoples adapt their food production and consumption to the seasons and natural cycles observed in the surrounding ecosystems, not the other way around as most other societies do […] Our food systems are unique, imperatives are needed to ensure our way of life ”.

-Inclusive governance. The governments have to create together with these populations the measures that govern the protected areas. As Qu Dongyu, FAO Director General, insisted: “We cannot forget our history, nor our past civilizations. Let’s learn from them, who are the ones who protect culture and agri-food systems; Let’s make them participate ”.

-Fair Trade. Melanesians harvest the walnut from ngali To sell it on the international market, the Ch’orti ‘make their handicrafts from palm leaves, the Khasi sell the bamboo baskets and the Sámi sell their animals. The eight populations studied sell their crops and products to pay for transportation, education, and medicine. “But, the income is usually not always adequate,” dictates the study.

-Education programs for local languages ​​and interculturality. About 4,000 languages ​​out of the 6,700 around the globe are indigenous. And while they may seem unrelated to food systems, they are closely related. These languages ​​are especially rich in mentioning plants, animals; describe the environment and ecosystems. The migration of young people disconnects them from their culture and their ancestral wisdom. Every time a language dies, a way of naming the world goes out; and to understand it.