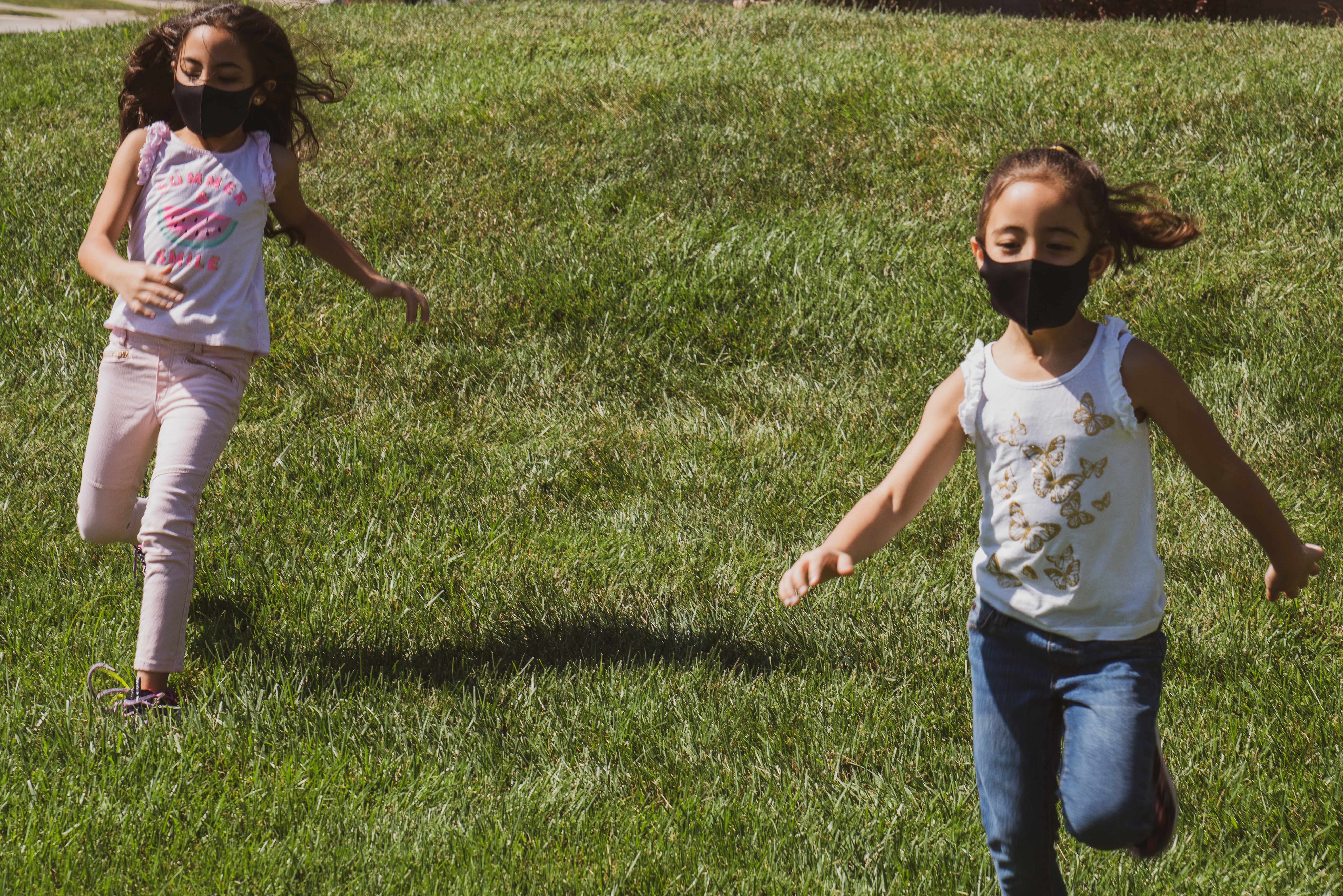 Already well into the month of April, we enter fully into the season of allergies to the pollens of the shade plantain, the grasses and the olive tree, among others. That moment when the little ones complain of itchy nose, irritation and stinging in the eyes … And they spend long periods of time sneezing, blowing their nose stuffed with watery mucus, and tearing, sometimes with swelling of the eyelids, sensation to have grit in its interior and a greater sensitivity to light.

Come on, very uncomfortable and annoying, if you’re lucky. Because if things get worse, it can affect the bronchial tubes, “causing coughing, a feeling of shortness of breath, tightness in the chest and even wheezing due to the narrowing of the bronchial tubes. In addition, some children may have skin reactions in the form of hives and itchy skin “, says Ángel Moral, president of the Aerobiology Committee of the Spanish Society of Allergology and Clinical Immunology (SEAIC).

In reality, all of these symptoms are very similar to those of adults. With a caveat that Moral points out and that especially affects the little ones: “Due to the smaller diameter of their airway, an asthma attack can be more serious in children than in adolescents.”

The first thing that stands out about these statements is that they refer to young children and symptoms that probably neither their parents nor their grandparents suffered. The reason is that the incidence of allergies to pollen in children and adolescents has increased dramatically in recent years. “20 years ago it was difficult to find children under five years of age with symptoms of pollen rhinitis, but nowadays it is not so rare, probably due to climate change and pollution,” says the president of the Aerobiology Committee of SEAIC.

Also Read  Bone broth: the medicinal benefits of including it in your weekly diet

And he continues: “The rhinitis due to pollen in children and adolescents has gone from 50% of the consultations in an Allergology service in 2005, to 70% at the present time. The notable increase in the involvement of pollens in the respiratory pathology of children stands out, without having modified other causes of rhinitis such as those due to mites, fungi and animal epithelia ”.

This idea is corroborated by Julio Maset, doctor of the Spanish pharmaceutical laboratories Cinfa, who states that allergies affect 20% of those under 15 years of age. And that each time they start smaller: “It is not usual before the age of five, but it is true that the incidence is increasing at increasingly younger ages”. They are being seen in consultation from three years of age.

Tackling those unpleasant symptoms —and incidentally, saving on tissues— passes, first of all, through prevention. That is, for not being exposed to pollens. Allergists aim not to go out to the field, not to play on the grass, and much less to do so in the hours of highest pollen concentration, nor the days of more pollination or wind. To find out what days those are, they recommend consulting with official pages.

The truth is that children do not always understand the restrictions to which their parents want to subject them, no matter how for your sake that are. “It may cost more to explain to children that it is advisable not to go out at certain times, but we can find a small advantage in the time of confinement and restrictions that we have experienced and are living through the pandemic,” says Maset.

Also, in wearing masks, which is not going to be as strange as in previous years, which did not even consider it. But we have to bear in mind that they are not all worth the same. Ángel Moral tells it: “The three varieties of masks (hygienic, surgical and protective) are going to trap the pollens, but the hygienic and surgical masks, by not fitting well to the face, leave gaps through which the pollens could pass.” For this reason, the most recommended are the protection ones, called FFP2.

In exchange for these two pandemic ‘advantages’, we have a major drawback: “To increase ventilation as a measure against COVID-19, classrooms will have doors and windows open, facilitating the entry of pollens inside buildings.” Considering what has been seen, it seems that it will not be easy to rid the children of the medication, that it will improve the symptoms, but it will not cure the disease, and that it will be chosen according to where they occur. Eye drops will be used for the eyes; for the nose, nasal sprays with anti-inflammatories and for problems at the level of the bronchial tubes, inhalers.

All this without ruling out antihistamines, which will be administered “in tablets in adolescents; and in syrup in children “, as recommended by Moral, who remembers that those of now are not like those of years ago, so there is no need to fear their use:” The current antihistamines have hardly any side effects, except for slight drowsiness, so that can be used with any age ”. Of course, as Maset, Cinfa’s doctor, warns, “always with the advice and under the supervision of a health professional”.

Also Read  Lukashenko has finally managed to listen to the EU, but that will not help him | Alexander Lukashenko

Given the idea of ​​medicating them every spring, the possibility of the vaccine can be evaluated. “What it does is expose the body to very small doses of the causative antigen and, depending on the evolution, these doses are increased until they are equal to what would be a normal exposure. For the vaccine to be effective, certain requirements must be met, such as the presence of certain antibodies and it must always be administered under the supervision of a doctor ”, says Maset.

In addition, it is no longer necessary to prick them, because although they are still subcutaneous, there are also sublingual ones, which “can be done at home, depositing a few drops or tablets under the tongue.” So they are the most recommended for children.