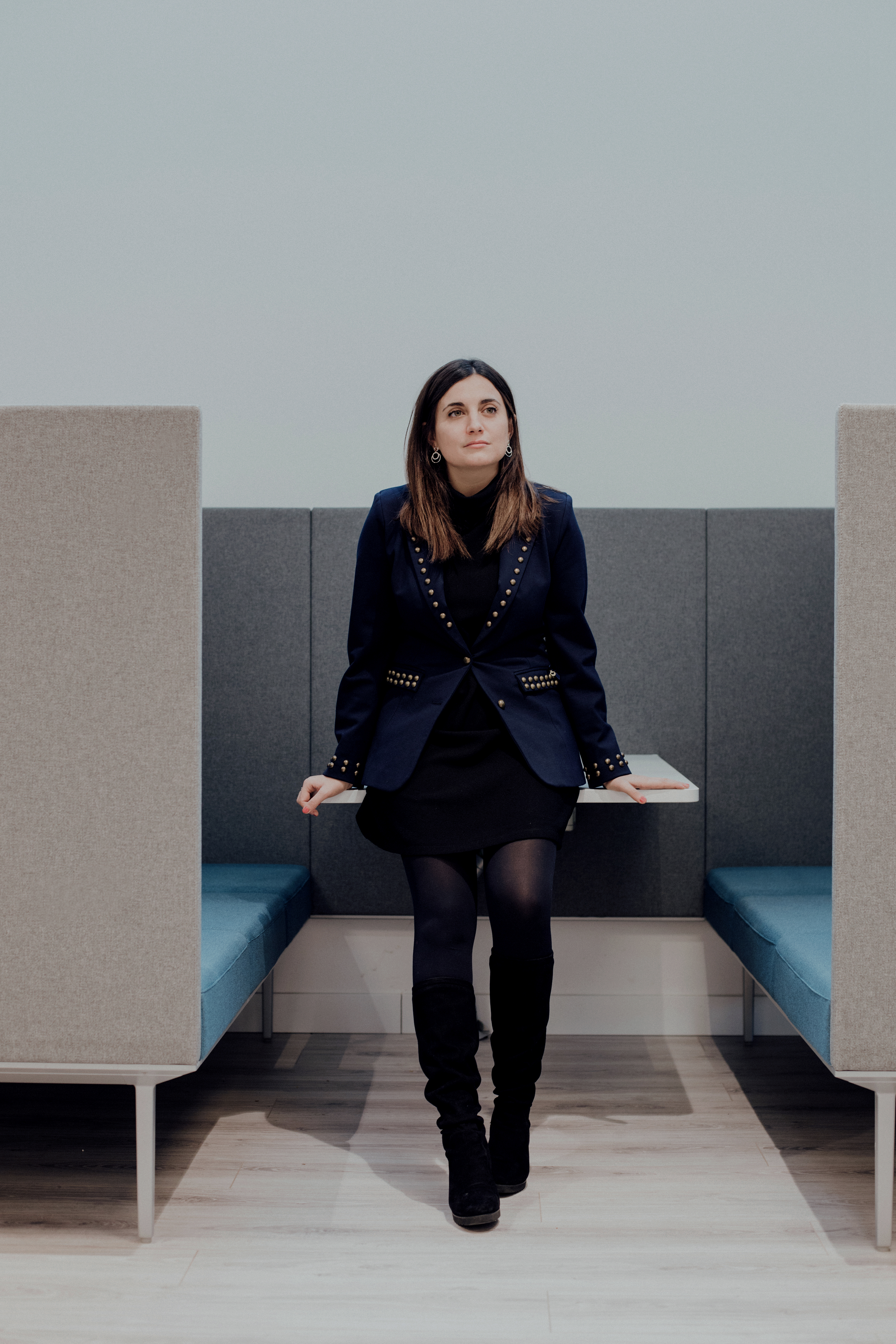 Four years ago, when she was directing technological projects at the Medical Research Institute of the Hospital del Mar in Barcelona, ​​Núria Pastor (Barcelona, ​​27 years old) conceived a system to remotely monitor the health of sick people. Now she has put her idea into practice and is the co-founder and CEO of HumanITcare, a remote monitoring platform that allows the physician to follow a variety of biomarkers and vital signs of the patient, including heart rate, blood pressure, weight, oxygen saturation, sleep quality, temperature and glucose levels. The system, based on artificial intelligence, is already used in leading hospitals in several countries.

The algorithm learns from health data and sends alerts if it detects any abnormality, but the doctor is the one who always makes the decision, it is not made by software. “It is used, for example, to monitor people who have suffered a heart attack or have a chronic disease,” explains Pastor, who has a degree in Psychology with a Master’s degree in Research in Neuroscience and studies at Harvard Medical School.

The founder of HumanITcare launched the project together with the engineer Unai Sánchez and presented it at the 4 Years From Now (4YFN) event of the Mobile World Congress in Barcelona, ​​the largest mobile phone fair in the world, suspended in its last two editions by the pandemic. “Everything started there,” Pastor recalls. Now the company is sustainable thanks to the income it achieves from the service it offers and the support of public funds from the Center for Industrial Technological Development (CDTI) of the Ministry of Science and Innovation and the European Commission, which have provided them with half million euros.

The platform is already used in centers such as the Vall d’Hebron, the Clinic and the Hospital del Mar (all in Barcelona); in the Academical Hospital of Maastrich (Holland), in the Heildelberg University Hospital (Germany), in the Braga hospital (Portugal) and in the health services of Galicia and the Canary Islands, as well as in large pharmaceutical companies in the field of clinical research and monitoring of patients in clinical trials.

The pandemic has multiplied the list of centers that use this technology. “Those hospitals, insurance companies or pharmaceutical companies that had not been digitized have now been forced to do so, because there is no other reading left. And those who had done so now offer new services, confirming the need for platforms such as Humanitcare ”, he highlights. This boom has caused, in turn, “a lot of investment interest.” “We have been contacted by more than 15 private investment funds,” he reveals.

Pastor believes that it is not a passing trend, but that “digital health is here to stay.” However, he acknowledges that “it is not possible to digitize everything or replace the figure of health workers, although it does facilitate the connection with patients and data through technology.”

Faced with the “fear” of the use of data on digital health platforms, the founder of HumanITcare ensures that hers, “is not an application, but a health product that has the CE marking and complies with the General Regulation of Data Protection (GDPR) in health, which prevents private data of the patient from appearing at any time in addition to having been approved by more than 20 hospital ethics committees ”.

Pastor is clear that “health data save lives.” “Our purpose is to make intelligent algorithms to help the patient, who is the owner of the data,” explains the CEO of this startup that has an agreement with Fitbit, the smart watches and bracelets company recently acquired by Google. He believes that the technology giant “is doing well” because “it is sitting down with European regulators to create policies that guarantee that this data is never going to be used against the user.” The lack of use of the Radar COVID application, promoted by the Government to track the contacts of people who test positive for coronavirus, attributes it to “usability problems and the lack of public-private collaboration.”

HumanITcare’s next challenge will be to enter the German public system during 2021. There, digital solutions are “financed and regulated”. “They ensure that you comply with European regulations, that you have published the results of a study in high-impact magazines and that you are evaluated to see if the solution works and is positive for the patient,” he explains.